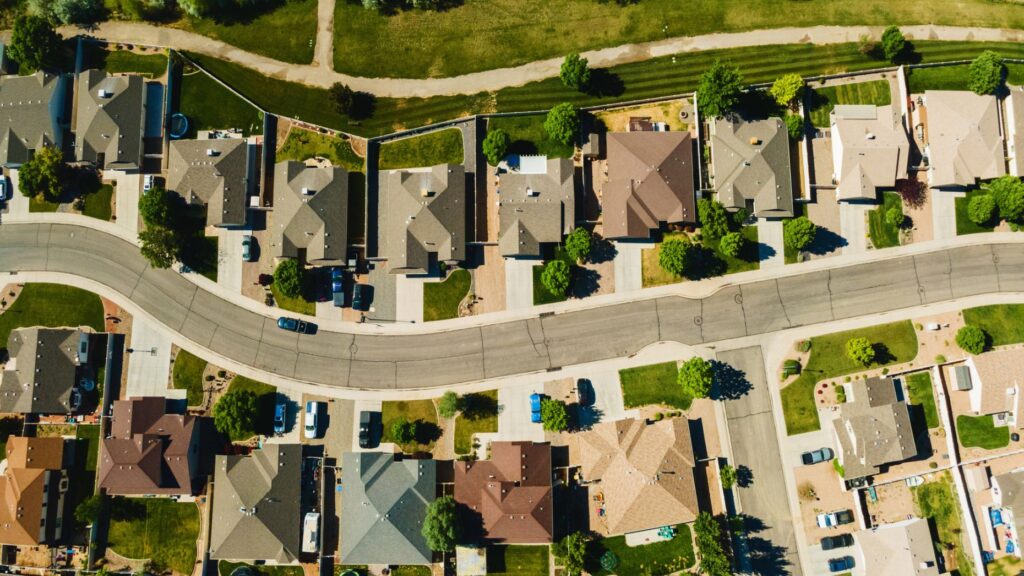 The supply of American homes posted a record increase as more residential property lingers on the market, according to a new analysis released Thursday by Redfin.

The total number of homes on the market increased 15 percent year over year during the four-week period ending Dec. 4 — the biggest uptick since at least 2015 — while new listings declined by 20 percent, indicating that homes are sitting on the market for longer as buyers wait for mortgage rates to decline, according to Redfin.

Rates have in fact declined slightly from their highs of over 7 percent in early November — hitting 6.33 percent this week, according to Redfin — causing Redfin’s Homebuyer Demand Index to increase 5 percent in the past week. 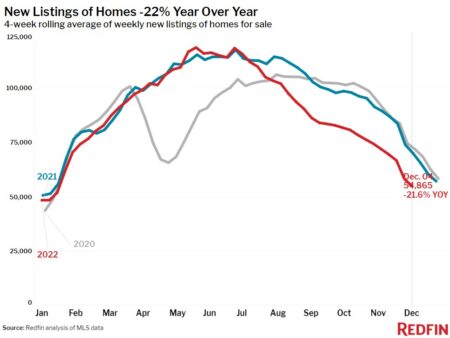 “This week has been relatively calm and quiet as we approach the end of one of the most volatile years in housing history,” Redfin Deputy Chief Economist Taylor Marr said in a statement. “But it’s not over yet. Next Tuesday’s inflation report is the 500-pound gorilla in the room, and the Fed’s press conference the next day will bring us much more clarity on how soon and how quickly we can expect mortgage rates to come down in the new year.”

Mortgage rates will play the biggest role in determining how the market will play out in 2023, with prices not expected to drop significantly, Marr said.

“Since we expect only a small decline in prices next year, mortgage rates will dictate housing affordability, and as a result, demand and sales, in 2023,” he said. “If rates continue declining, more buyers may wade back into the market, as they’ll have lower monthly payments.”

Home sale prices did fall during the four-week period ending Dec. 4 in 11 of the 50 most populated metropolitan areas in the U.S., mostly in California, according to Redfin. Prices fell 7.8 percent annually in San Francisco, 3.6 percent in San Jose and 2.2 percent in Los Angeles.

They also declined less than 1 percent in Phoenix — a small decline, but one that marks the first time they’ve declined in Phoenix since at least 2015, according to Redfin.