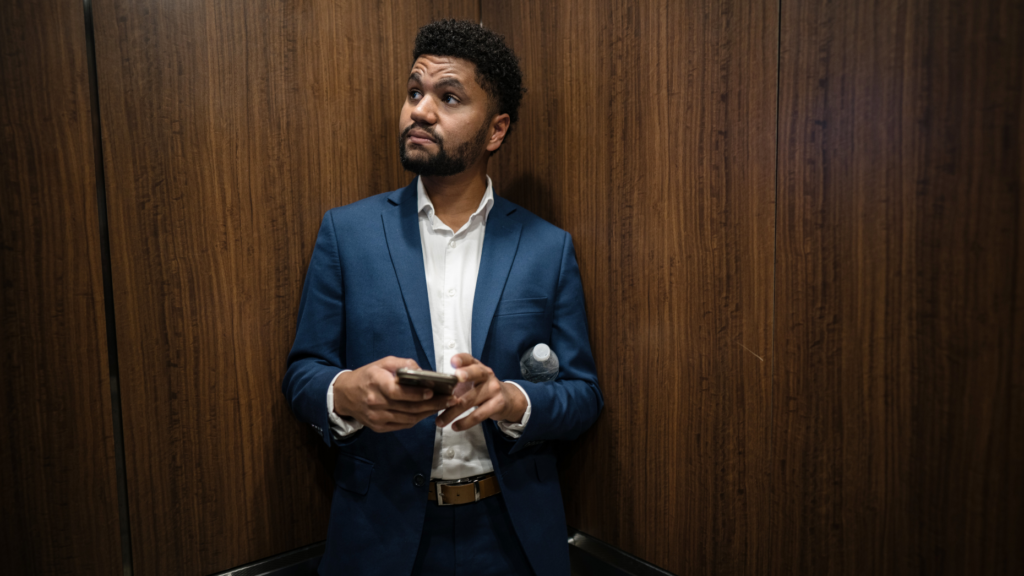 ORLANDO, FL – AUGUST 30: Maxwell Frost rides an elevator on his way to be interviewed on a podcast in Orlando, Fla. Frost is an Uber driver and Gen Z candidate for Florida’s 10th congressional district. He won a crowded democrat primary and is favored to win the general election in a heavily blue district.

Photo by Thomas Simonetti for The Washington Post via Getty Images

It doesn’t matter what your job title is, finding an apartment close to work can be tough.

That’s the case for 25-year-old Congressman-elect Maxwell Frost, who was recently elected to represent Florida in the U.S. House.

Frost, who will be the youngest member of Congress and the first nationally elected Gen Z politician, said last week he was denied an apartment in Washington D.C. over credit that was ruined during his close election.

Frost wrote last week that his “really bad” credit cost him the chance at an apartment and his application fee when he first applied for a place to live near the Capitol.

Just applied to an apartment in DC where I told the guy that my credit was really bad. He said I’d be fine. Got denied, lost the apartment, and the application fee.

This ain’t meant for people who don’t already have money.

Frost, who was a national organizing director for the gun safety group March for Our Lives, wrote that his credit was ruined when he quit his job to run for Congress.

“For those asking, I have bad credit cause I ran up a lot of debt running for Congress for a year and a half. Didn’t make enough money from Uber itself to pay for my living,” he wrote.

Specifically, he said, he quit his job to campaign full-time in his 10-person Democratic primary race, which he won with 34 percent of the vote. He went on to win the general election handily.

Apartment rent is starting to wane after a rise in prices that was several times higher than the historical average and lasted for nearly two years and remains stubbornly high.

The median asking rent for an apartment in Washington D.C. reached $2,622 in November, according to a new report from Redfin. That’s up 3 percent compared to the year before.

The dilemma also put a spotlight on an issue faced by other young and working class members of Congress upon arrival in the nation’s capital.

“Been there. This is one of many ways Congress structures itself to exclude and push out the few working class people who *do* get elected,” wrote Rep. Alexandria Ocasio-Cortez, D-New York. “These systems are built for people who can lean on wealth. It’s shocking how detached from reality a lot of the details are – but I got you!”

Gabe Vasquez, another newly elected member of Congress, wrote that he was in the same predicament as Frost.

“I’m crashing on a couch for my first month in Congress for this very same reason,” Vasquez wrote.

Members of Congress earn an annual salary of $174,000, but Ocasio-Cortez wrote that paychecks don’t start coming in until February, a month after new members are inaugurated and working in D.C.

Frost received an outpouring of support, including from celebrities and organizations offering places to stay.

“Sir if you need a place to stay, please DM me and we will make it happen tomorrow,” the chef and restauranteur Jose Andres wrote to Frost.

@MaxwellFrostFL Sir if you need a place to stay, please DM me and we will make it happen tomorrow….Welcome to DC! https://t.co/kllCF4x6D3

Frost hasn’t provided an update on his apartment search in the past week and didn’t immediately respond to a request for comment on Wednesday.