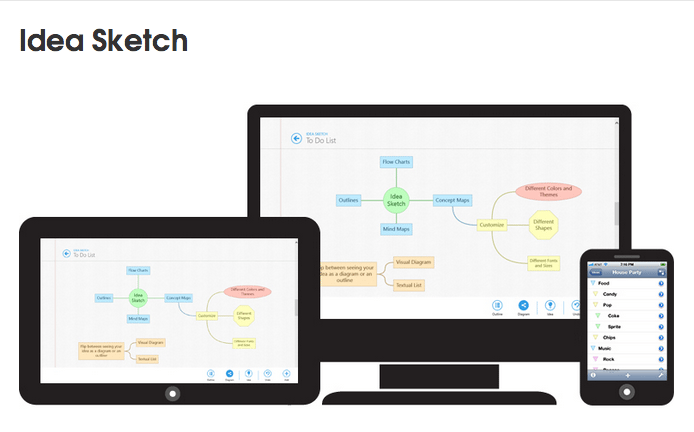 Many post that weekends, in the traditional sense, are mythical animals for a working real estate agent.

Personally, I like to take at least one weekend day off when possible. It means catching up with friends and family (including customers and clients, past, present and future), which in the year 2013 often includes social media and having time for leisurely perusal and interactions beyond the glancing while in between appointments that happens during the workweek.

This weekend, a shared article from my friend Bill Lublin caught my eye from Mashable about mind-mapping software. And I noticed two of my favorites weren’t listed.

It reminded me of many things all at once: a conversation with a friend (who’s now a customer) a few months ago about the value of using a buyer’s agent (individual was contemplating purchasing investment properties in the city). It also reminded me of a series of conversations with colleagues from my certified negotiation expert (CNE) and certified buyer representative (CBR) courses about articulating and demonstrating our value to clients and customers, particularly new ones and the ways we might be able to do so visually, rather than a staid, static list of bullet points.

I was a huge fan of Visio in past projects that I designed and managed. So, it is no surprise that one of my first iPad app purchases was a mind-mapping app called iThought.

But a few months ago around these conversations, I was struggling — why, you may ask?

I had a series of lists and checklists that I wanted a visual representation of. I did not want to start from scratch; I wanted to take those lists and then build.

And then, as if to answer my struggles, I stumbled upon Idea Sketch. And fell hard and fast. It allows for your starting point to be either words or the visual.

I decided the first one would be the buyer flow, because it was an ongoing conversation with someone who had been seriously considering working with me.

So one day, yet again, sitting over cocktails and a bite to eat in Hell’s Kitchen, armed with an iPad mini, we discussed a few things that were of interest (and then yet again I had to explain why they wouldn’t work for his particular situation, adding the context that wasn’t visible where he originally saw the properties online). It became a perfect opportunity to bring out the workflow and discuss this way rather than running through bullet points. That evening I also brought out some spreadsheets on numbers for properties that did in fact work.

End result: Closing is in a few weeks. I have worked on some additional workflow representations using my already existing checklists, and they are a part of initial consultations that can be easily referred to, referenced and, most importantly for us, created without requiring an advanced degree.

Idea Sketch is a free app available for both iPads and iPhones and Windows devices, too. I did eventually do the in-app upgrade, as I value keeping my multiple iOS devices in sync as well as sharing via cloud storage. It has become one of my favorite productivity apps, for sure.

Love to hear how you might use this in your businesses!