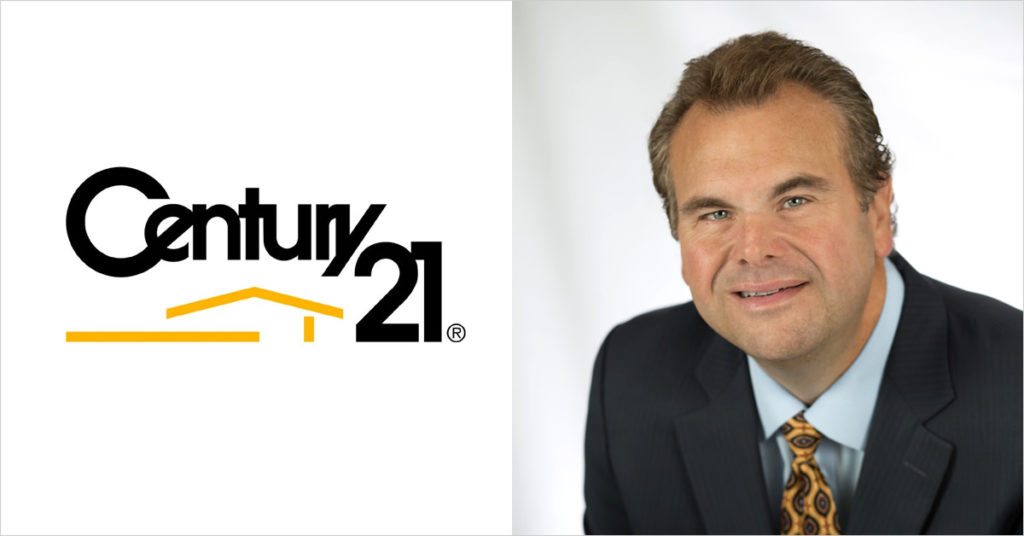 Remember the gold jackets? It was brilliant marketing, and for decades served as the calling card of Century 21 agents. Times have changed, though, and the arrival of CEO Richard Davidson in 2010 ushered in a new era of growth and revitalization for this 40-year-old real estate brand.

Today’s Century 21 is a “smarter, bolder, faster” organization making waves both at home and abroad, and investing heavily in advertising, technology, coaching and training to make it happen for the world’s largest real estate franchise organization, with more than 6,900 offices in 78 countries and territories around the world.

Recently on Real Estate Coaching Radio, we interviewed Greg Sexton, the chief operating officer of Century 21, to discuss the Century 21 brand — where it’s been, where it’s going and what we can look forward to seeing from this venerable real estate franchise in 2015:

What led you into the role you’re in now?

Franchise sales are Sexton’s passion — that’s where he started 27 years ago; as a part-owner of a struggling small business, he made the decision to convert the company to a franchise model, which saved their business and showed Sexton the power of franchising. His passion for franchising stuck with him when he went into real estate — first with Cendant Corp., then Realogy, and now with Century 21.

“My passion for franchise sales really led to where I am today because on the franchise sales side of it, I was able to work with all these unaffiliated, independent companies out there, and I saw the struggles they were having,” Sexton said. “They needed tools, systems and a brand to help their business – and that really allowed me to go in, help their business grow by franchising them and bringing them into the Century 21 family where they can utilize our technology and the household brand name that we have.”

What are your thoughts on the real estate recovery, and how is that affecting Century 21 so far?

“We’re very positive about the market conditions that are going to be in front of us in 2015 and how Century 21 is going to leverage that as well,” Sexton said. “From what we’re seeing, there’s definitely increased consumer confidence out there, which obviously is going to lead to a good and solid recovery in our marketplace.

“So overall, we are very positive about the direction of the economy, and the positive impact it will have on the real estate industry. …”

Sexton indicated that the real estate recovery is happening on a global scale, not just in the United States, and talked about his optimism for international sales in the 78 countries and territories that Century 21 has offices in. He sees global restrictions beginning to soften and a greater appreciation for clear property rights across the globe, which he believes is helping to drive international sales.

What are you focusing on in 2015 to build on the momentum you’re experiencing?

“Our tagline now is ‘smarter, bolder, faster’ — that’s how we want to be perceived in the marketplace: Our agents are smarter, bolder and faster,” Sexton said. “Now, in some markets you may have the gold jackets — it works for some people, and that’s A-OK — but what we’re most focused on now is that we have the most professional agents that have that ‘smarter, bolder, faster’ appeal so that they can deliver the top-quality service to the clients that we’re looking for.”

“Every bit of our advertising now is centered around the agent. We want the agent to be front and center in our advertising because that’s what we feel is the most important to the customer. Also, we want to make sure that we have the systems and tools in place to help them grow their business and serve their clients, and we will be refining those as well.”

Can you talk to us a bit about the role technology currently plays in the business, and what the company strategy is in terms of technology moving forward?

“Technology is one of the areas where we are focusing a lot of our attention now — it is a paramount priority for us to make sure that our agents are always on the cutting edge of technology. It’s part of our core value proposition.

“In fact, you probably heard about Realogy’s acquisition of ZipRealty. This was a very important acquisition to us that we believe is going to be a complete differentiator in the industry. There’s what you call a ‘Zap Platform’ that gives our agents a scoring mechanism for new leads.

“At Century 21, we drive a larger number of leads to our agents, and now we’re going to be able to score those leads so they can really determine where the consumer is in the buying or selling process, and then be able to react to that to meet the needs of the consumer.

“So this acquisition of ZipRealty is something that we’re very excited about, and we’re going to be rolling out this technology to our agents in 2015. ZipRealty is a company out of California with a lot of really smart, technology-savvy people there that understand the real estate business, and they’re white-labeling this so that we can have a product for Century 21 that will allow our agents to deliver first-class service to their clients.”

What are some real points of pride for you about the organization?

Sexton is very proud of Century 21’s philanthropic support of Easter Seals, with donations exceeding $111 million dollars since the organization started supporting Easter Seals back in 1979. He talked at length about what it means for Century 21 agents, as a family, to give back to the community and make it a better place.

Another point of tremendous pride that Sexton discussed is the tremendous achievement by Century 21 of being ranked highest in overall customer satisfaction by the J.D. Power 2014 Home Buyer/Seller Satisfaction Survey.

“For all of us, from a corporate perspective, the J.D. Power award really brought it home — that all of the heavy-lifting that we did, and that our agents did, it’s all paying off, and it’s being recognized by the consumer out there who’s saying, ‘Wow, I want to do business with Century 21.'”