Facebook just announced a new update to their mobile app for the iPhone and the iPad. If you have not updated your app – run, don’t walk! 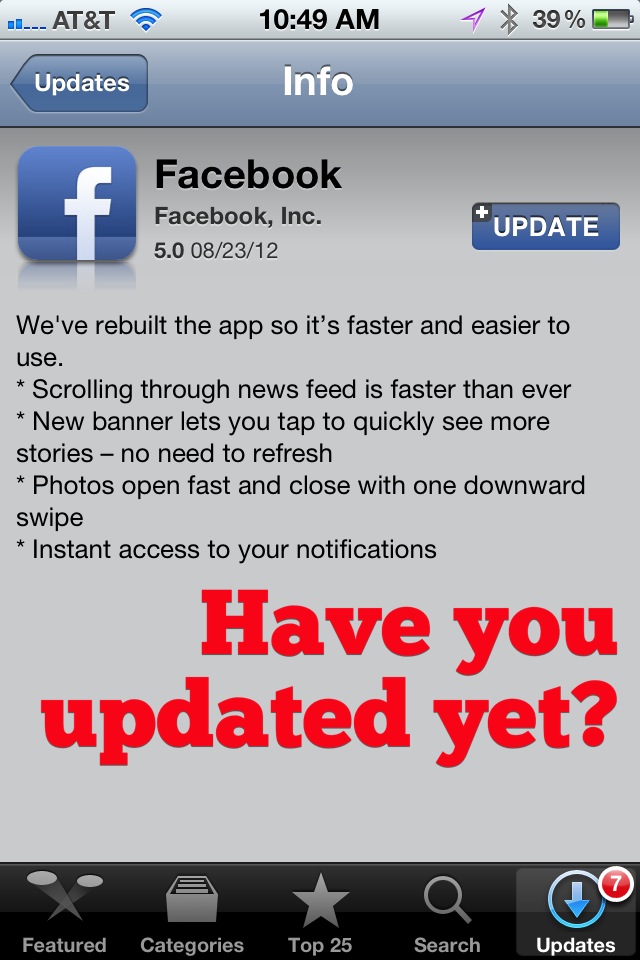 The Facebook mobile app is historically clunky, slow to load and missing so many of my favorite desktop features.This new updated version for iOS is twice as fast. According to The New York Times, “The code from Facebook’s standalone Camera and Messenger apps has been tucked into the Facebook app, replacing the older photo and messaging tools. That makes these tools look and act a bit different, but most importantly, messaging and posting photos are much zippier.”

As I’ve mentioned before, the stand-alone Camera and Messenger app are fantastic and awesome as a real estate agent to use in the field because of how lightweight and fast they are to use. Facebook CEO and founder, Mark Zuckerberg made the announcement on his Facebook page, and also commented that there is an updated Android version, “Not completely rewritten, but still a step forward.”

The three main iOS updates are:

Here are a few screenshots to highlight some of these new features:

Messages load quickly and prompt you to use the location features.

The “status”, “photo” and “check in” buttons are prominently displayed. 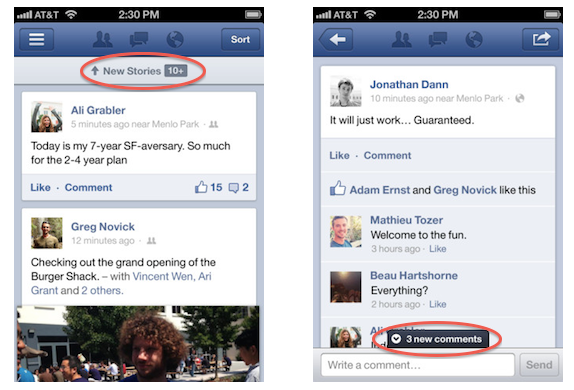 The “check-in” feature is more streamlined and loads much faster. 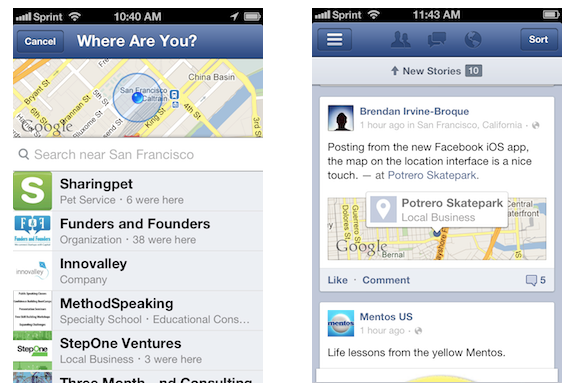 Still absent from this update is the ability to tag within a comment, share a post, and the integration from Instagram. Now that the Federal Trade Commission has cleared Facebook’s acquistion of Instagram, I am hoping those three updates are next on the docket! For a real estate agent or broker who is actively updating their Facebook personal or business pages on the go – these updates are critical. Time is of the essence in real estate – and Facebook seems to have gotten that message.