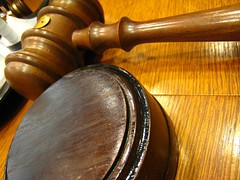 Named in the suit were:

The patents, which were applied for in 1986, were granted by the U.S. Government in 1989 and 1991 and cover online search methods. From their press release:

[The patents] cover user-friendly mapping methods “for locating available real estate properties for sale, lease or rental using a database of available properties at a central location and remote stations which use a graphic interface.”  The patents also cover certain online usage involving a “drilldown” feature, under which specific areas can be displayed in greater detail.

The suit is seeking compensatory as well as 3x damages.

This time around, REAL has retained the law firm Proskauer Rose LLP to lead the litigation. Proskauer has a well known track record of successfully litigating cases around intellectual property – most recently leading class action efforts against YouTube and Google (YouTubeClassAction.com).

Back story. In 1998, the same group sued Microsoft over their HomeAdvisor site and in 2005 they sued a Pennsylvania real estate agent over their listings search method.