by Jeremy Blanton
Share this article
You successfully shared the article.
Close 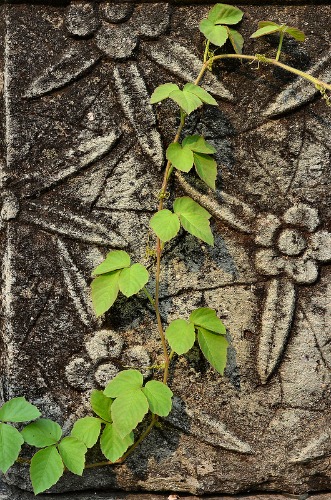 Over the past few days, I’ve heard plenty of talk regarding Twitter’s newest shiny object, Vine.  It’s an app that allows you to create six second videos that are on a continuous loop making them almost like an animated gif.  I’ve heard statements from people calling it “The big thing of 2013,” or “revolutionary” and even some calling it the “instagram killer.”

Before I go any further, let me stop and say, this post isn’t about sticking to just what works, and not touching new technology. By many I could definitely be considered a geek.  I love new technology and am always one of the first playing with new shiny apps.  I constantly request beta invites to new services wanting to find new ways to enhance my business or simply the way in which I run it.  Not only do I want the latest and greatest for my business, but I also want the cutting edge technology items to share each and every time I take a stage as a social media speaker.

But, in my opinion for an item to be worth time invested, it has to possess value for me or my clients.  In the case of vine, I simply don’t see how it can enhance the business of a real estate agent.

Show Me The Revolutionary

In order for a new product to be revolutionary, it would need to revolutionize the way we do our business. Will six second videos bring a major fundamental change to how we help people buy or sell their home?  I don’t think so, and it appears I am not alone.

Here are just a few statements made by others on their thoughts of how Vine relates to the real estate industry from a discussion tonight on Twitter:

If 6 sec is our new attention span, I feel sorry for our generation. Shorter isn’t always better.- @seancarp

History Is Against You Vine

Vine isn’t the first type of application to come along and try the micro-vlogging idea.  Remember just a few months back an app called Tout?  It was shared as a great way to create quick short videos.  People touted it as the new wave of video, great ways to start using video, and much more.  But let’s be honest, when was the last time you actually made a tout video?  My guess is for many of you, the app either sits dormant on your phone, or has been completely removed for the latest version of Angry Birds.

Before Tout, was another app called 12 seconds.  I know some that used that app to say quick Happy Birthday messages to friends.  I tested the app once, but kept wanting to go 13 seconds and it would cut me off in the middle of a word.  Frustration would sit in and I’d go back to good old YouTube.  Unfortunately for 12seconds, it eventually failed and was shut down.

A Bad UI Didn’t Cause The Failure

Some fault the failure of past apps similar to vine to poor user interfaces that caused the bad experiences when using the app.  While the argument that bad UI’s could cause failure is interesting, I don’t think it holds much ground.  Why do I think this?  Well, each and every day I talk with agents around the country who need help with their websites.  They see the agent down the street who is crushing the competition online, but has one of the ugliest looking websites around.  The site is ugly, awkward to navigate, but still generates good amounts of leads that convert even with a poor design.

If UI played that much of a role on whether a company succeeds or not, then those agents would definitely be looking for a part time job by now.

Or even better yet, what about Craigslist?  It is by far one of the ugliest user interfaces you will ever use, yet the site constantly remains one of the absolute most popular sites on the planet.  If any site would fail due to poor UI, Craigslist would be towards the top of that list.

The reason Tout and 12Seconds failed was simply because of the fact that people didn’t really see the value in micro-vlogging type of videos.  So while Vine might have the sexiest UI around, the actual need that it can fill in the online space is minimal to none which to me will be it’s ultimate demise.

Not All Technology Has ROI

My final thought is that one of the ever growing problems I see in technology is trying to figure out how each an every new product, app, or service can increase my ROI in social media.  Some social media apps are designed just for fun.  Take Foursquare, I love using the app.  I check-in all over the place all the time.  I don’t do it though to try and build my business.  I do it because it’s a fun way to share with others the cool places I am visiting as well as meet others who might be at the same place at the same time.  I’ve found on multiple times friends who are traveling at the same time and been able to say hello in our passing through the airport.  I don’t try to figure out an ROI, I simply enjoy the experience it provides.

No matter how difficult you may try to push that square peg into the round hole, it will never fit and you will simply frustrate yourself trying to push it in.  Use things for what they were designed.

In my opinion, I give Vine less than a year before it’s thrown to the wayside as another app you have tried and forgot about because you saw no value.  It will either need to add other features or functions, or change it’s overall concept to make that list of big things that happened in 2013.