“There is good reason to believe that if the phonograph proves to be what its inventor claims that it is, both book-making and reading will fall into disuse. Why should we print a speech when it can be bottled, and why should we learn to read when, if some skilled elocutionist merely repeats one of George Eliot’s novels aloud in the presence of the phonograph, we can subsequently listen to it without the slightest trouble?”
— ‘The Phonograph’, New York Times, November 1877
via Nick Bilton’s ‘I  Live In The Future And Here’s How It Works’

We’ve all heard the battle cries. 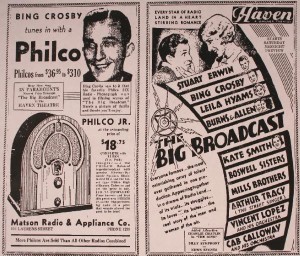 or even “Ditch the desktop, it’s all about mobile these days!”

While staying on top of the latest and greatest hot new things is admirable, and there’s a variety of sources in the real estate world who do a good job of digesting this for agents, it can be overwhelming and often lead to a sense of pressure to be doing everything.

With such a fast moving target, how do you apply and adapt an approach which allows you to experiment with new platforms, while staying true to those that have stood the test of time for you and your business? It’s not an easy thing to try something new. Especially if there’s an investment involved and the results are unproven. Many in the social media space in particular are struggling to justify the investment over the return, from not only a data perspective, but also from an actual business one. Some align themselves with its brand power, some with a shift in ad dollar effectiveness, some in terms of new relationships grown. There’s some big numbers.

But too often we hear, “I tried that, and it didn’t work.” What’s usually the case is the “tried that” part of it isn’t long enough, and the investment not nearly deep enough.

For example “I tried Foursquare for a month and didn’t get any business from it — I don’t know why anyone thinks this is a good idea.”

As we jump from shiny thing to shiny thing, it’s a familiar aspect of those writing about these platforms that the new is somehow going to replace the old. Amazon “kills” libraries and bookstores. The iPhone “kills” the Blackberry. The web”‘kills” newspapers, or in other words, “print is dead.”

“Thus the telephone, by bringing music and ministers into every house, will empty the concert halls and the churches”
— ‘The Telephone,’ New York Times, March 22, 1876
via Nick Bilton’s “I  Live In The Future And Here’s How It Works”

But instead of platforms superseding each other, what actually happens is that the number of places available to interact with a potential audience is broadening. And broadening aggressively.

People aren’t migrating from one platform or medium to another exclusively, they’re just consuming different parts of the same information across more, and different places on and offline. News now reaches us on the web, on our phones, through tweets, on TV, through our friends AND still, through the newspaper. Nick Bilton, lead technology writer for The New York Times, characterizes this as “people are building a new language, not demolishing an old one.” It’s the specific multiplication of things available to us, not the destruction of them in a “one vs another” model.

People still call each other on telephones. I believe this is still the most effective piece of technology an agent has at their disposal. Anyone doubting that e-mail is dead should look at the marketing effectiveness metrics Joel Burslem presented at Inman’s Real Estate Connect in New York earlier this year. And suggesting that people “ditch the desktop” in favor of working exclusively (or even primarily) on mobile devices is horrifying advice.

Sure, there’s a shift towards mobile. Undisputedly so, but it’s not at the EXPENSE of the desktop. What happens when you start to unravel the thinking behind these battle cries is that that they’re really just describing recent shifts in behavior (and usually tied to advertising revenue, as with classified in the ‘print is dead’ example). But the battle cries polarize readers and audiences, and lead to confusion in the minds of those listening to these messages.

These technological shifts have always happened throughout our history any time anything new has come along. And there’s tremendous value in surprising the customer with something they never thought they wanted, but can’t live without. There’s few data points that can tell you this as it doesn’t come from current or past activity, especially on the web. As Henry Ford famously quipped “If I’d listened to my customers I’d have built them a faster horse.” 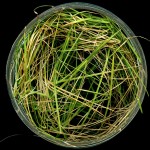 So what’s the best way to go about working with this idea if you’re an agent? I’d ask that you think about the things you do as an inter-related ecosystem as a place to start. Some describe this as “hub and spoke,” but I don’t mean that in this case. I mean something much more organic, flexible and long-lasting. Perhaps more like a farm (especially in the baseball sense).

Think of all the things that you do to market yourself and your listings. Print, web, video, mobile, advertising, mailers – the whole thing. Step back and take a good look at each one. Now think of those platforms as individual elements (or players) within an ecosystem you’ve created and grown over your time as an agent. Some will be bigger and more effective than others. Some small and new. Some are shrinking fast.

Now think about how those platforms all relate to each other. How does your Facebook presence really relate to your Twitter footprint? Are you just blasting out Facebook updates into Twitter or are you mining each platform separately based on their distinctly different audiences? How does your video product relate to your web product? Is it integrated in a seamless and smartly positioned way?

Thinking about how the things that you make travel across and between the platforms you’ve chosen to focus on, can be a powerful exercise in sharpening your approach in the long-term. The stronger your ecosystem, the more powerful your online footprint will be – the larger your reach, the more effective use of your time and resources, and ultimately the bigger building of your marketing presence and visibility. This is a very different proposition from ‘do everything’ – I’m not advocating that. I’m describing the strategic interdependence of all the things you make, and how the user travels between them when they interact with you online.

Do they just visit you on Facebook and see you a few times a month in the newsfeed? Or do they see you in the newspaper with a press hit, then online in a targeted banner ad, followed up by a venue tip over dinner in Foursquare? Understanding how each platform works and how you can leverage someone’s time with you by making each experience meaningful and helpful, can be a great way to build long-lasting brand equity and marketing awareness in YOU.

Everyone’s ecosystems are different. There’s regional differences, brand differences, resource differences and many others. Not everyone can do everything, but most people do more than 5 things.

How do those things inter-relate?
Which ones are working best for you?
How can you make the under-performing ones work harder for you by taking things from the best?

This approach allows you to safely experiment without impacting your core product. Thinking of small, peripheral parts of your ecosystem as a sandbox to simply try something new, can be very exciting. Once something has reached a point where it might hold long-term value for you, it’s ready to come out of the sandbox (or go to the majors) and join the rest of the ecosystem (think of this in terms of the farm analogy, this is like harvesting crops). In this way it’s really the digital product marketing version of “farming,” a term often applied to lead generation. I propose thinking about how you’re growing, nurturing and evolving your online presence this way too.

So if there’s a media and marketing ecosystem that everyone participates in, nothing is ever really “dead.” There’s just more and more choice for the consumer. More places to reach them, but also more noise to contend with.

Perhaps the only thing that’s really dead and meaningless, is the declaration that things are “dead.”