by Chris Smith
You successfully shared the article.
Close

The words I’ve heard the most are that there are no words to describe what just happened.

I agree. My son Lucas is five. He’s in a room full of Kindergartners where his classmates never-ending energy and blind optimism are contagious. This tragedy hit home for me big time. 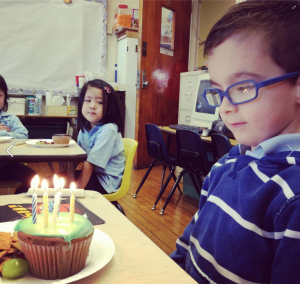 So what exactly do you say on social media when something like this occurs? If your social streams looked anything like mine, about 95% of the conversations were about the shooting.

Some were using it as a place to show support, changing their profile and cover pictures to honor the fallen.

Others were using it as a place to debate gun laws and politics.

One company decided that going dark was the best way to show respect. Seventh Generation turned off all of their social media channels, notifying their community in the simple status update below.

Perhaps they spent a few focused, uninterrupted hours with their loved ones who were right in front of them. Hugging a bit tighter than normal certainly, but also putting down their phones to make the embraces complete.

In a time of national crisis, Seventh Generation chose to focus on people, not pixels or politics.

At least one resident of Connecticut was appreciative, as was I.

There is no rule book for people or brands on how to handle things like the Newtown school shooting publicly. If one were drafted, may I suggest including, shutting up and focusing on what matters most as rules number one and two.