Let’s be honest. The Internet is crowded. In fact, it may have never been more difficult to have a signal noticed amongst all of the online noise. 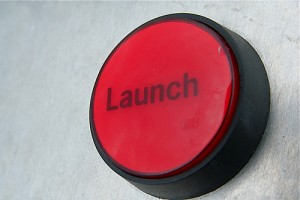 The potential reach is greater than ever before, due to the platforms that connect us. More importantly, the cost of entry can quite literally consist entirely of sweat for those willing to hustle.

Unfortunately for many, the REALITY is that if you are starting a new blog, Facebook Page, Twitter account, YouTube Channel or any other form of digital content – it is not going to be easy to become a regular site that people come to – to read or watch, with the abundance of options on the web.

Based on our recent launch of InmanNext, which on a number of levels was a huge success, we thought it would be helpful to share the results of the various strategies and tools that were used during the campaign. Our hope is that this list will help your business launch something successfully as well – perhaps a new website or blog!

1. Start Before You Start
Our launch date was 7/11/11. There were a million things logistically that we had to have ready on that date for the site. As opposed to turning on the Facebook Page and Twitter accounts and our new website all on the same day, we ran a “Whisper Campaign,” using only social media. One of the keys to the success with this strategy is that we were simply asking, “What’s Next?”

People love the idea of learning about something first. People also respond better to questions than statements.

Had we not linked up with thousands of people via social media, and had we ran a campaign that only stated “InmanNext Is Coming Soon,” we are confident we would have not had the success that we did with building an anxious audience PRE-LAUNCH. It is a lot more fun to launch something when people are actually paying attention.

2. Asking For Favors
This one will vary widely in success by user as it is largely based on what type of social capital you have built with people online. Remember all that advice about engagement and being genuine? Here is where that helps quite a bit. How do you know that people in your space are going to support your launch? Ask yourself, “what have you done the other 364 days over the past year, to EARN their help on the day you need it most?”

Ask your friends for their help – just like you would if you were opening an off line brick and mortar business. What if you treated the launch of a video channel, a Facebook Page or a blog like you would the opening of a shop in the real world?

You would tell everyone you knew. You would market it cleverly. You would give away things for free. One last note – giving things away for free REALLY makes it easier for others to help promote for you. It goes from, “hey my buddy is doing this” to “hey you should try to win this” –  when they are sharing it with their valued spheres of influence.

We had a tremendous amount of success with getting people over to our brand new Facebook Page, coming in at almost 1,300 likes by launch. We were also able to generate more than 700 Twitter followers during that time. Most would look at those metrics and be thrilled. We had a lot of people messaging us telling us how amazing it was that we went from 0-1,000 so quickly.

Here is why those metrics are meaningless.

We are a brand new page on Facebook with no real edge rank history. We have seen data that shows that only 3-5% of your fans see your content anyways, so if we relied just on that, we would have MAYBE pushed 50-100 people to our new site the day of launch. That would have been a great first day, however we were aiming much higher.

LaunchRock proved to be a very successful tool built for exactly what we needed: opt in emails via the social media sites.

The beauty of LaunchRock is that it is really a simple technology. Your splash/coming soon page has one button for the visitor; it is the button they press after they provide their email. People like the idea of an exclusive invite and they also like the idea of geting the first look at things. 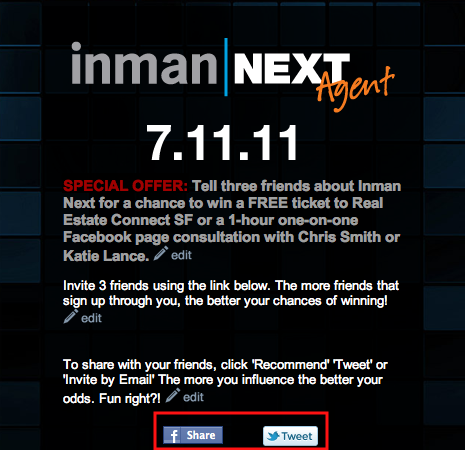 The key to LaunchRock is that after the email is obtained, the “viral” loop kicks in, and immediately the visitor is presented with Facebook and Twitter share buttons with a message that you have composed, including a link back to the original landing page. This is where attaching a free offer (we provided two: a ticket to our conference and a digital consultation) makes the re-share feature really work well.

Overall we ended up with about 1,600 emails addresses. We then sent and an email to that list with a link to the site, as soon as we were live. Needless to say, it brought a lot more than 50-100 vistors on launch day.

4. Maximizing Our Facebook Traffic
If you watch television at all, you will see that nearly every company is now directing their traffic to a Facebook Page. The bottom line is that when someone is faced with the decision of hitting “Like” versus typing in their email, the “Like” is going to win. Building a custom landing page to help increase conversion is no longer optional. Here is the one we used.

As we mentioned before, we were as focused on adding emails to our database, as we were on adding “Likes” and “Followers.” So when choosing our Facebook Page landing tab, we went for one that accomplished both goals.

One of our featured contributors, Jimmy Mackin built a very useful Facebook Page for us. The page not only has a video, it has a registration box attached that is pre filled out for the person with their email address. We noticed that a significant percentage of the people who clicked “like,” also gave us their email. One of the reasons it converted so nicely, is that the email form shows your friends who have already registered. If 30 of your friends have taken action, doesn’t that make it easier for you to do too? Of course! 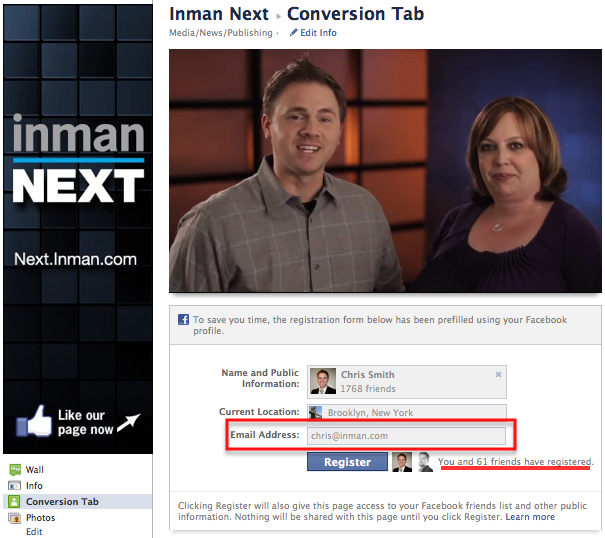 By adding this group of opt-ins emails from the Facebook Page to the emails we had gained via LaunchRock, we were up to almost 2,000 people on our list by 07/11/11 when we went live.

5. Put On A Show
Well now you have asked for it. You built up buzz, a nice email list and are ready to launch your new endeavor into the world. Bring your A+ game at this moment.

One simple way to launch would be to simply email your list at the same time you Tweet and Facebook it out; asking your sphere to do so one last time would also be a good idea. Because your approach is multi-lateral across social and email, you would see a nice surge in traffic and many people would certainly message you on one of the various platforms with their congratulations.

Instead, we focused on community, engagement and multimedia.

The link we emailed on launch day did not go directly to the site. Many would call us crazy for that. Instead, it went to a live broadcast that we did via webinar, which is embedded below, where we had an opportunity to really engage with the community in real time. We walked everyone through the site hoping to help them get acquainted quickly, introduced all of the contributors via a live Google+ Hangout, what they would be covering (which got some nice buzz), and we were able to answer a lot of questions while introducing many specific features of our new project.

In addition, we also announced an exciting contest. We partnered with DocuSign for a contest. They paid to give away 15 free Real Estate Connect tickets for the 15 days after launch. This contest was a great promotion opportunity for DocuSign, was something exciting and fun to announce, and gave people a reason to keep coming back to our sites everyday after launch.

If you build buzz, you better at least attempt to do some buzz worthy things.

Launching new endeavors  can be very scary right now for real estate professionals. It is also a very rewarding experience when executed properly. It can really help build the momentum that is needed for sustainable ventures.

I hope by us sharing our experience with you it will help your Next launch be a success!

Winner Joannie Schaatt had this to say,

I am very excited to attend this event because of the respect I have for Inman News. I read their regular emails, and I always get something from every one. To be a part of it is quite an honor. The fact that I love NYC is a secondary factor, so I’ll extend the visit to enjoy once again all that great city has to offer.

I believe this experience will add to my 37 years of real estate experience, and perhaps most importantly, renew my passion for the job. For me it’s always been about the people, so whatever I can learn that helps give my people more, and accurate information, is valuable to me.