These new apps are available for the iPhone only — not the iPad, and not Android devices.

There has been a ton of buzz about the development and launch of these new apps. I think it is a brilliant move by Facebook to improve their existing app – to address user complaints about how clunky it can be and how often it crashes. By creating individual apps — each app is much more lightweight and focused on the task at hand. And for marketers and anyone using Facebook, beyond the casual user, these new apps are a welcome addition.

Many of you know how much of a fan I was (and still am) of the Facebook Messenger app – that pushes messages to your phone just like a text message. 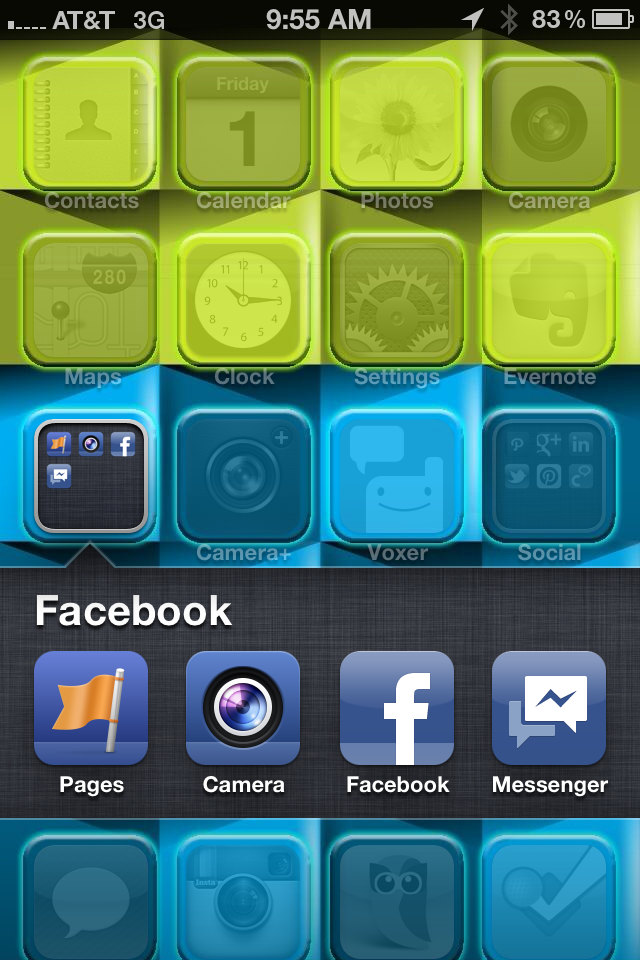 With the launch of these new apps, there is a lot of buzz about the possibility of a Facebook Mobile Phone. Could this be true? Could Facebook build its own operating system and create a new phone? It’s possible – but in my opinion, the first priority of Facebook, post-IPO, is fixing their flawed mobile application.

There is also the debate about whether having one stand-alone app makes it stand out rather than get buried in a folder on your iPhone; never to be seen again.  I tend to agree with The Next Web’s article, that instead of now having Facebook buried in my ‘Social’ folder, it can be found in my ‘Facebook’ folder.

2. When will the ads appear?

I look forward to seeing what else Facebook has up their sleeve. Eventually we will see Facebook ads appearing within their apps. The billion dollar question is how they will integrate those successfully. It is quite the balancing act. Ads are 85% of their revenue, yet they are not seen on mobile devices. (Side note: More than 50% of the people who visit Facebook visit it on a mobile device). If they roll out these ads in an intrusive way – they are going to have their nearly 900M members in an uproar (again), but think of all the opportunities for those who run Facebook ads!

I’d love to see apps for Groups, Events and Ads. The Groups app would be ideal to manage, interact and moderate  the ever-growing number of groups I’m in.  An Events app would be fantastic, especially for Inman, as we manage our 17 Agent Reboot events and 2 Real Estate Connect events. And of course a stellar Ad management app would, in my opinion, make it easier to create and renew ads, while keeping millions of advertisers happy (and spending more money!)

What’s interesting in this segmenting of Facebook apps is that the discussion of brand fragmenting comes up. This is the same conversation I have when people ask me why I have different Facebook pages for Inman – i.e. we have an Inman News page, Inman Next page, Agent Reboot page, Real Estate Connect page and REmessenger page. Five pages — one company.

We have found that, although our audiences tend to sometimes overlap, it’s ideal to have the right conversations with the right audience by segmenting our brand. I think the same is true for Facebook — by segmenting their product into separate apps, they are speaking to different audiences, but also making many of their users very happy by allowing them to go right to where they want to go — bypassing other areas of Facebook.