It’s not been a great week for Google+…

Although able to boast 25 million unique visitors after only four weeks of operation, Google’s newest attempt at a social network saw its user base dwindle as shown by a recent article from Chitika Insights.

Reportedly, Google+ saw a surge in traffic of over 1200% due to the additional publicity, but the increased user base was only temporary, as was projected in an earlier insights post.

The data shows that, on the day of its public debut, Google+ traffic skyrocketed to peak levels. But, soon after, traffic fell by over 60% as it returned to its normal, underwhelming state. It would appear that although high levels of publicity were able to draw new traffic to Google+, few of them saw reason to stay.

Despite its striking new interface, rapid release of new features, and focus on user interaction, Google+ does not seem to be able to drive unique visits in a sustainable fashion. We believe there are two driving reasons for this lack of interest: 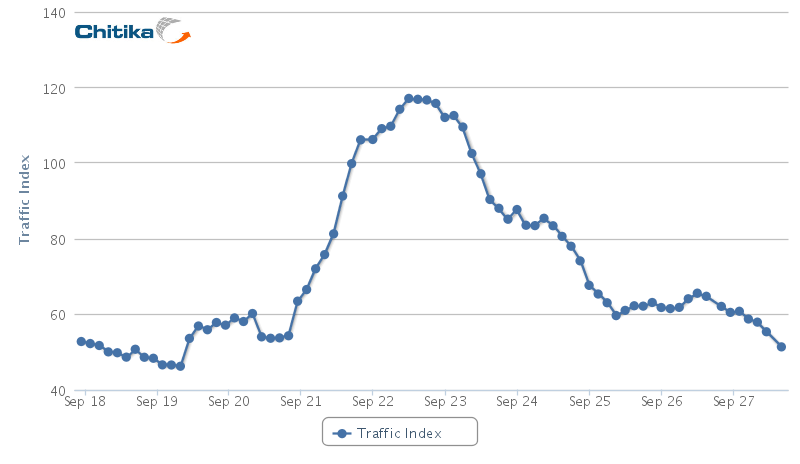 Next, Mashable picked up on the story and published a post about Chitika’s findings.

Here are some of the highlights from that post:

But is Google+ a hit or miss? It’s hard to say.

Meanwhile, Chitika’s findings — likely a representation of traffic patterns and not a wholly accurate reflection — seem to suggest Google+ may not be convincing new users (or even Google executives) to stick around.

The next day, Google+ VP of Product Bradley Horowitz was interviewed by AllThingsD.com regarding the state of G+. Here are a few of the highlights:

Horowitz added, “If I had to say what fraction of Google+ is launched right now, we’ve just got the very basic foundation in place. Profiles, circle editor and stream, that’s sort of the minimum viable set of features that you need to start doing interesting things.”

As for whether Google+ usage is fluctuating or falling, as many watchers have speculated, Horowitz brushed them aside, saying external measurements can’t grasp the “dark matter” of Google+.

Horowitz asked for observers to have a little patience while Google+ is being built, saying the project was never intended for such a large audience or so much scrutiny at this stage.

Next, one of G+’s own accidentally posted (on Google+, ironically) a rant in which he criticized Google from bottom to top on its handling of +, even calling Larry, Sergey and Eric out BY NAME (ouch). Here are some of the highlights of a post summarizing the rant published at BusinessInsider.com: 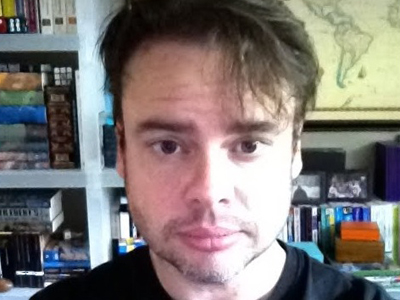 Last night, Google engineer, blogger, and frequent public speaker Steve Yegge wrote an epic rant about Google’s inept handling of the Google+ platform. His primary message: Google+ is not a platform like Facebook. It’s trying to dictate the direction of Google+ instead of opening up to developers and letting them show Google what makes sense and what doesn’t.

He posted the rant on Google+, but forgot to turn off the “Public” sharing option. It was only meant to be shared internally at Google.

Google+ is a prime example of our complete failure to understand platforms from the very highest levels of executive leadership (hi Larry, Sergey, Eric, Vic, howdy howdy) down to the very lowest leaf workers (hey yo). We all don’t get it.

The Google+ platform is a pathetic afterthought. We had no API at all at launch, and last I checked, we had one measly API call.

The problem is that we are trying to predict what people want and deliver it for them… You can’t do that. Not really. Not reliably. There have been precious few people in the world, over the entire history of computing, who have been able to do it reliably. Steve Jobs was one of them. We don’t have a Steve Jobs here. I’m sorry, but we don’t.”

That being said, where does that leave us re Google+?

Are these simply growing pains, or perhaps the early stages of another epic Google failure…dare I say the second wave of Wave?

I have a few thoughts on the matter, as follows:

On the negative side of the ledger:

Having said all that, I will leave you with this, a comment I left on Google+ in response to the posting of the 60% drop in traffic referenced above:

I think I might be a somewhat “typical” G+ case study: I came here, I got the hang of it (at least a little bit), I liked it…and now I am using it less and less. And I am doing so for PRECISELY the reasons I knew I would: because I am spread WAY too thin from an SM perspective. For most people with normal lives and careers, you ultimately have to make a choice with the limited time one can devote to these things: where am I going to invest my time Socially? For me, it was and will always be Twitter, first and foremost. Number two is Facebook, because “that’s where the people are.” And I think it will take a LONG TIME for the masses to migrate to G+, simply because most non-geek/non-tech-savvy types are stuck right where they are simply because Facebook ain’t broke. And if Facebook ain’t broke, why fix it/leave it? That’s my two cents…

And, just to be clear, I have NOT given up on Google+. I tend to be obsessive/compulsive on technology, so I could EASILY see myself getting more into + in a big way at any time (but that alone says something, doesn’t it?).

So, what do YOU think?