About two weeks ago, Google+ debuted. Here is a timeline of how I felt about this new social network: 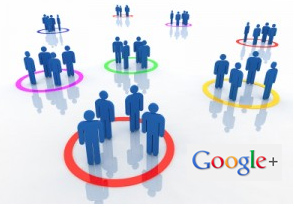 I share my feelings here because if you are like me, you may have gone through these ten stages or still be hovering around number one!  In any event, I could really relate to a real estate agent who feels like they “got it” and then WHAM something new and shiny is there to focus on.

Have you ever felt that way?

Here is the good news: Google+ is very similar in many ways to the platforms we already know and love – Facebook and Twitter.

I don’t think it’s going to replace either one of those networks, but my prediction is that you will be able to integrate your Facebook and Twitter into Google+ – and as Google+ evolves, you will hopefully be able to use a platform like HootSuite to manage it along with your other networks.

But, this still leaves the question – “is this ONE more place I have to check?”

Here is what I know: I still go to Google more than Facebook and Twitter for everyday searches – this is where I think Google has a huge advantage.

In my opinion, I think there are two big areas of Google+ that real estate agents should pay attention to and could make a big impact in how they communicate with their clients.

1. Circles. The big thing I love about Google+ is the instant ability to organize your friends into “circles” – into the groups that make the most sense to you. I have tried to keep my friends and colleagues organized on Facebook and Twitter in lists – but neither social network does a really great job of supporting that feature or explaining to new users how to do that.

Right off the bat in Google+, users are asked to group friends and colleagues into circles – the natural circles of people in our lives (i.e. family, friends, co-workers, people you went to high school with, etc). Then, when you share, you can just share with that circle!

Then, instead of blasting your whole following with a “mish-mosh” of real estate tips, tricks and advice, you could be super strategic and post content that is most useful to that circle.  This is the ultimate “soft-touch” marketing campaign. Imagine posting to each circle once or twice a day super-focused content.

Not only would the people in your circles appreciate the kind of content that is focused for them – they would definitely take note that you were heads and tails ahead of what other agents are doing!

2. Hangouts. The Hangout feature is amazing technology! A Google Hangout is a group video chat! Never before has it been so easy to video chat with multiple people. In literally two clicks of a button, you can be in a Hangout.

For real estate, I think this could be an invaluable tool. Think of a hangout as a conference call but with video.

Imagine using this with relocation clients, or a client and his/her adult child that you are working with, or your client across the street and her husband at work.

The limit is 10 people per hangout but I think the possibilities are endless in real estate!

So the next time you try to schedule a conference call, schedule a hangout – it is so easy you won’t believe it. Chris and I utilized a hangout on the day of the InmanNext launch and it was awesome to be able to have a number of our contributors all on at the same time!

Time will tell to see if Google+ becomes the “next big thing” – in the meantime I really encourage you to check it out. It’s still “invite only” – so post a comment below with your email address if you’d like an invite. I encourage you to get on and try out a circle or two or the Hangout feature.

I don’t think this replaces Facebook and Twitter – but who knows where we will be in 6 months or a year. Social media is constantly evolving and improving and is not going away anytime soon!

What do you think? Have you tried out Google+ yet? I’d love your feedback and opinion – leave me a comment below!