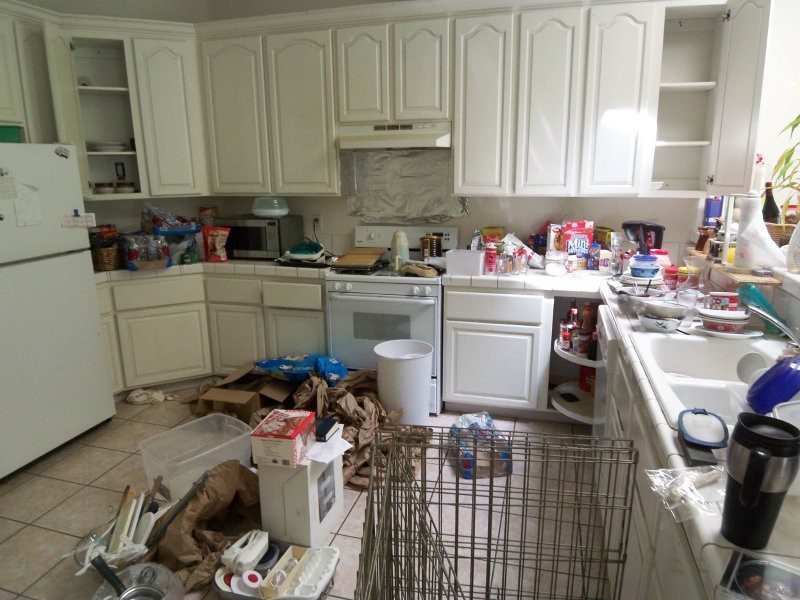 I may be wrong about this, but there are some times when having just one photo in the MLS listing may actually be in the client’s best interest.

I saw a house almost three months ago that had just come on the market. My relocating client from Maryland was very interested because the solo photo — of the front — was very attractive and the home was in an area that she liked. The home was a traditional sale, not a short sale or REO, and there no red flags in the MLS, other than having only one photo.

We arrived at the home to tour it just after another party was arriving. The listing agent was showing the home, per the seller’s instructions, and asked us to wait until the other party was done. No problem.

Very shortly after, no more than one minute — LITERALLY — the other party came back out. We knew immediately something was amiss.

In that short waiting period I had peeked over the fence to see the backyard. Well, I couldn’t see the backyard because it was being used for storage and truly looked like a junkyard filled to capacity.

One very good reason to not show the backyard in photos. And a hint of what was to come.

We walked into the house and it was immediately clear why there were no other photos taken. It looked like a war zone, with stuff piled everywhere in the kitchen, dining room, enclosed back porch and living room. Carpet was being pulled up in all the main rooms and, per the agent, was being replaced by the seller. We couldn’t see two of the three bedrooms, “because someone was sleeping in there” and the doors were locked. We may have spent two minutes in the house, max.

It was, in my client’s words, a total waste of time. She wryly commented that it was clear why there were no other photos online.

I suspect this agent felt one photo was in her client’s best interest, since the front looked quite nice and it got people interested in touring the house. She probably figured someone would, perhaps, see the potential and overlook the disaster area once they were at the house and saw the neighborhood.

More than two months later the home is languishing on the market, and there is still only one photo. I almost want to take another look to see if that’s because the sellers still haven’t done a thing about cleaning it up, or if the agent is just being lazy and hasn’t bothered to take more photos of a house that now actually shows better.

I suspect having one photo may still be in the client’s best interest. The price is still the same, and after several months in our seller’s market there clearly is a problem since it hasn’t sold. Perhaps they felt that in a strong market it wouldn’t matter. It appears they were mistaken.  What do you think?