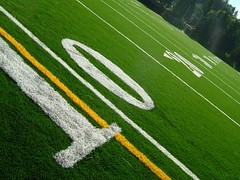 I’m a little late to the party on this one.

Zillow released an update to its database yesterday, increasing its coverage of US to over 80 million properties, as well as significantly revamping its Zestimates algorithms with new statistical models to hopefully increase the accuracy of the valuations.

Most of that won’t be immediately obvious to the end user. What’s probably more significant to some observers is that Zillow has dropped finally the Beta tag from its logo.

Part of the motivation behind this decision, perhaps, is in reaction to a whole new crop of real estate search sites that are going to be hitting the market (notably Frontdoor, with many more on the way). Zillow is now the old kid the block.

Dropping the Beta moniker is a nice positioning move for the company, which is now almost two years old, to firmly establish its street cred in the eyes of consumers.

Certainly, this transition probably also means that the company has to turn the corner in the eyes of investors and observers. FoREM readers certainly have opinions on what the future holds for the heavily-funded giant.

Zillow has now officially entered the game and now its time to prove the model.