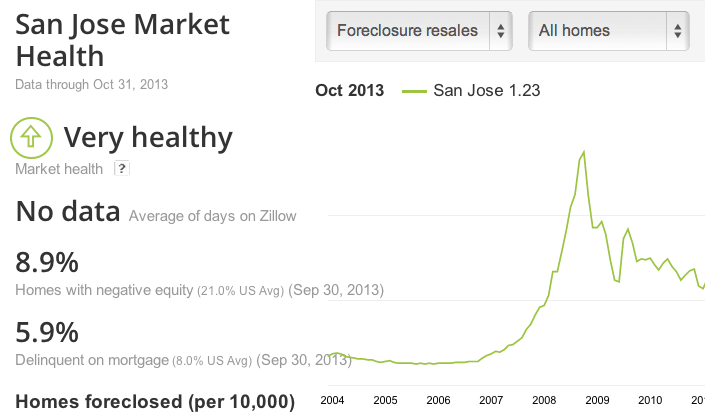 Zillow has introduced an index that is designed to illustrate the “health” of housing markets to buyers and sellers who visit the listing portal’s local information pages.

Zillow’s Market Health Index uses up to 10 market indicators to measure the health of markets relative to similar markets across the country on a scale of 1 to 10 down to the ZIP code, neighborhood, city, county, metro and state level. The feature is a “key component” of Zillow’s new local information pages, which aim to offer users more data, Zillow said.

If a market’s Market Health Index score is 8, that means Zillow considers it to be healthier than 80 percent of all comparable areas that it covers. Zillow said that a market that scores low on its health meter may not necessarily be “performing poorly” since a market’s score is assigned based on how it stacks up against other similar markets.

“A low Market Health Index score does not necessarily indicate that a market is performing poorly, only that other markets are experiencing factors like higher home value appreciation or lower foreclosure activity,” Zillow said.

The introduction of the feature comes shortly after Trulia relaunched its Housing Barometer, an index that measures the housing market’s health at a national level.

Zillow’s Market Health Index represents the latest valuation feature that the portal has introduced to consumers. In February of this year, Zillow began offering automated valuations of remodeling projects, known as Digs Estimates, in its rollout of Digs, a Pinterest-like platform that furnishes users with inspirations for remodeling projects.

The Market Health Index and Digs Estimates are descendants of Zillow’s well-known “Zestimates,” Zillow’s automated home valuations. Zestimates have frustrated some listing agents who complain that they can mislead sellers about the value of their homes, complicating the task of agreeing on an initial listing price. Zillow says it continues to improve the accuracy of Zestimates.

In debuting its Market Health Index, Zillow also released a list of the “nation’s healthiest housing markets” in October. The top 10 markets were concentrated in the West, and five of them are located in California.

“Rapid home value appreciation in the West, particularly California, is currently having a very positive effect on a number of other factors, including negative equity, foreclosure activity and the overall financial health of local homeowners,” Zillow Chief Economist Stan Humphries said in a statement. “But that same rapid appreciation may cause affordability issues in the future in these markets, leading to potentially unhealthy conditions in the future.”