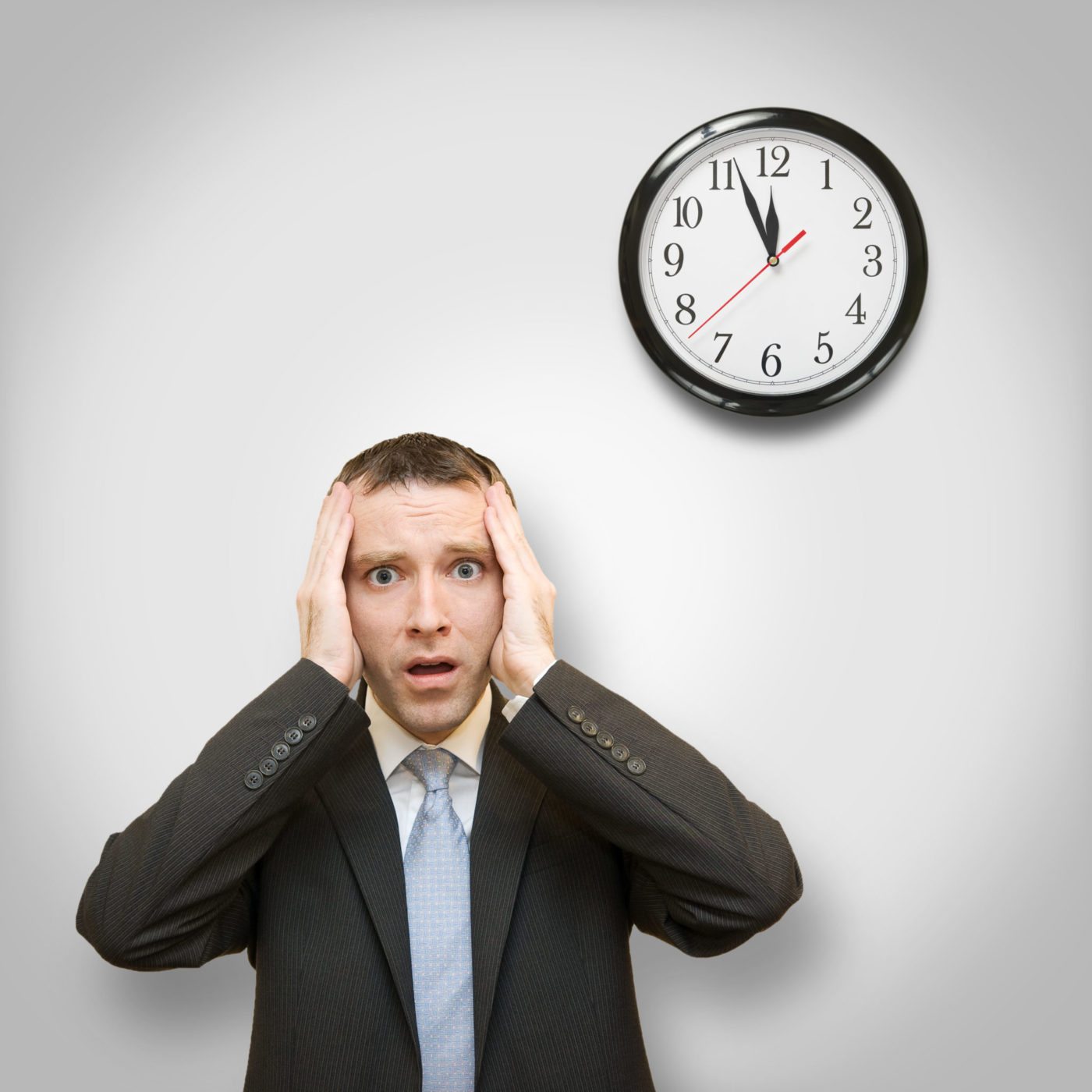 The Combined Los Angeles/Westside MLS (CLAW), which serves about 15,000 agents and brokers, has become the first MLS in the country to delay its syndication feeds by 48 hours, according to listing syndicator and Move Inc. subsidiary ListHub.

While some multiple listing services have made headlines recently for choosing to cut off their listing feeds to third-party websites, CLAW is taking a different tack.

The delay in CLAW’s syndication feed, instituted Feb. 3, applies to the feed the MLS provides ListHub and to direct feeds the MLS provides to realtor.com, which is operated by Move, and the Los Angeles Times. ListHub uses the feed CLAW provides to help the MLS’ brokers syndicate to hundreds of third-party sites of their choosing.

CLAW’s move has prompted criticism that the delay will negatively impact smaller brokers, consumers and members who buy advertising on third-party sites, which may lead to legal consequences due to antitrust implications.

But Annie Ives, CLAW’s CEO, said the MLS’ board of directors had done its homework. In December, the MLS held an open forum for brokers to discuss syndication, and they agreed to the 48-hour delay. CLAW also held meetings for members and posted a survey regarding the delay in its MLS system.

“The majority of the responses were that they were very happy about that decision to delay the information because they would like the traffic to go back to the brokers instead of driving the traffic to Zillow and Trulia,” Ives said.

“They resent the fact that Zillow and Trulia and realtor.com use their listings to generate money and sell their marketing packages back to the agents.”

She said most members actually wanted the MLS to pull out of syndication altogether, as other MLSs have done, but the board thought that would be too “drastic” a move.

“We wanted to start slowly, by just delaying and seeing the reaction,” Ives said.

“There’s a lot of smoke around this (decision), but not a lot of substance,” said Greg Schwartz, chief revenue officer at Zillow.

Zillow already gets 80 percent of the listing data in CLAW’s footprint directly from brokers, he said.

Nonetheless, CLAW’s decision “will negatively impact the wonderful boutique firms in the footprint,” he added. Such firms may not have the resources to set up direct feeds to every third-party site of their choosing. But Zillow is working with those affected to set up free direct feeds to the site, and the company does not believe many listings on its site will be impacted by the delay.

Schwartz said he suspects everyone in the market will set up direct feeds, particularly as they see their competitors offering up listings in real time.

“And I can’t fathom explaining to a seller why you wouldn’t want fresh, accurate, real-time data on the largest real estate (platform) in Los Angeles. That would be a difficult explanation for why it’s not in their best interest,” he said.

Trulia also noted that it already receives direct feeds from most of the large brokers in CLAW’s market. Realtor.com said it gets all of its listing information in CLAW’s coverage area from MLSs, but that many of those listings are cross-listed in neighboring MLSs and therefore are sent to realtor.com without delay.

“We are working with brokers in the coverage area to let them know they have the option of also placing their listings in other MLSs they may be members of, and also potentially may work with brokers for direct feeds,” said Curt Beardsley, realtor.com’s vice president of business development.

“As far as public notices on realtor.com about the delay, we are working on the best way to resolve the issue and communicate any delays to customers.”

While both Zillow and Trulia have said that CLAW has agreed to send listings in real time at brokers’ request, Ives said that had not been decided yet. A couple of the smaller brokers in the market have asked for real-time feeds and the MLS’ board will meet on Wednesday to discuss the issue.

“I don’t know what we’re going to do yet regarding our decision. We want to level the playing field and it may be that this decision is not the right decision because it puts the smaller broker at a disadvantage,” which is not CLAW’s intention, she said.

ListHub tried to dissuade CLAW’s board from implementing the delay, citing drawbacks for brokers, agents and consumers.

“The delay of listings and listing updates will be confusing and off-putting to consumers, and will place the agents who then interact with these consumers at a disadvantage — especially consumers looking for new listings, price change alerts or looking for open house notices.”

Although ListHub’s arguments were not successful, Glass said the company respects the MLS’ decision.

When asked whether CLAW’s decision puts the MLS and brokers ahead of the consumer, Ives said that was not at all CLAW’s intention, but “we didn’t have the consumer in mind, we had more the agents in mind.”

“The broker complains that Zillow (and) Trulia take away business from them and then you have to pay Zillow or Trulia hefty money every month. So, that was not the intent at all,” she said.

“The intent was to have accurate information, not on Zillow but on broker sites, because in any event the data is not accurate on Zillow or Trulia because they get listings from multiple sources.”

Alon Chaver, Trulia’s vice president of industry services, said making CLAW members’ listings inaccurate on Trulia will have a negative impact on listing agents. Listing agents can claim their listings on Trulia to receive better visibility on the site.

“Because Trulia always provides leads and traffic to listing agents and brokers at no cost, delaying their listings will merely reduce the number and the quality of the leads and traffic we send them,” Chaver said.

Moreover, both Trulia and Zillow offer free programs through which brokers can send them direct feeds, boosting the sites’ accuracy and listing agents’ prominence.

“If the broker sends us a feed directly or through the MLS, listing agents are listed first — free,” Schwartz said.

“Send us a direct feed … and it will get priority. If you put good data in, you get good data out,” he added.

In its arguments against CLAW’s decision, ListHub noted its impact on brokers and agents who have purchased advertising products from publishers.

“Brokers or agents who invest in paid enhancements value increased exposure for their listings and the enhancement of their branding and the branding of their brokerage. The delay effectively reduces exposure during the actual days on market and highlights the agents and brokers on information that is known to be out of date,” Glass said.

“This is problematic for agents and brokers working to establish trusted connections with consumers and reinforce the ethical standards of the industry. Additionally, agents who are marketing their sellers’ homes have communicated their marketing plans to their sellers, raising the expectations that their listings are represented in the best possible light.”

But Ives said CLAW’s decision had a very specific goal: “We wanted to drive the consumer to call the listing agent, not the agent who bought a ZIP code on Zillow or Trulia.”

She said she did not think showing up next to inaccurate data on third-party sites showed advertising agents in a bad light.

“I don’t think it’s important to them. They still get exposure. That’s what they want when they buy a ZIP code. I don’t think the accuracy of the listing is going to affect the exposure, their purpose of paying money to get the exposure,” she said.

Furthermore, the agents were already showing up next to inaccurate data on these sites before the delay, she added.

“This act does not just unfairly target Zillow business models, it hurts Realtors and consumers who like working with those business models because it intentionally harms the reliability of the data,” Miller said.

“I wonder if the CLAW brokers who voted to create this new anti-competitive policy considered their own liability for attending these meetings? We believe a case on this matter will go a lot deeper than just an attack on CLAW.”

In addition to possible legal consequences, CLAW’s decision may have licensing and other regulatory implications, Miller said.

“For example, real estate brokers only are permitted to collect their clients’ data and advertise it for a fee through a state licensing privilege. Their common law duty is pretty straightforward: Advertise the property to sell it in the shortest time possible and for the highest price. They are essentially conservators of client data,” he said.

“Intentionally harming the quality of the data is an outrageously unacceptable use that goes far beyond any sense of reasonableness. There needs to be a compelling client and public advantage for these licensed fiduciaries to stray from their responsibilities. Collecting a larger fee [by double-ending a deal] is not one of them.”

Brian Larson, a former MLS executive who’s now partner at the law firm Larson/Sobotka PLLC, is not convinced there are antitrust implications to CLAW’s decision, however.

“The MLS itself has a perfectly good business justification for giving its own website and those if its participating brokers (who pay all its bills) better data than it gives to third-party portal sites,” he said.

“They’ve frequently done so in the past, for example, by including more data fields and more photos in IDX feeds and on the MLS website than what they sent to portals; and by providing data feeds to portals that were updated only once a day, compared to real-time for IDX and consumer-facing MLS sites.

“It’s preposterous to suggest that MLS has to give better data to companies that are essentially strangers to it.”

Moreover, the brokers themselves are not refusing to deal, given that some are already providing direct feeds to real estate portals, he said.

“As far as I know, CLAW is not imposing limitations on what its participating brokers can do, and it may even be facilitating direct feeds by providing them at broker request,” Larson said.

He also doesn’t see CLAW’s decision as favoring one member over another.

“That’s not a question of favoring. It is a question of the broker” being associated with a site that may not have “up-to-the-minute data,” he said.

“That would be a concern regardless of what CLAW is doing” because some third-party sites already don’t update as often as the MLS does.

There is little risk to the MLS in delaying its feed “because the MLS is letting everyone know what it’s doing,” Larson said. It would be the third parties and advertising brokers downstream that might want to adjust what they are doing in response to that decision, he added.

Larson said if he had a third-party site, “I would probably want to put some kind of information or notice when I was displaying the data that it’s on a delay and the data may have changed since it was last updated. I don’t think that poses a particular risk to the MLS as long as they are telling the first person downstream from them that the data is delayed.”

Robin Greenberg, CLAW’s president, noted that the delay only affects third-party sites who have no relationship with the broker, agent or seller and therefore “the source and motivation of third-party comments” should be considered.

“Our management is looking at the comments we have received to see what adjustments may be in order, and we will continue to work hard to support the brokers and agents we serve,” she said.