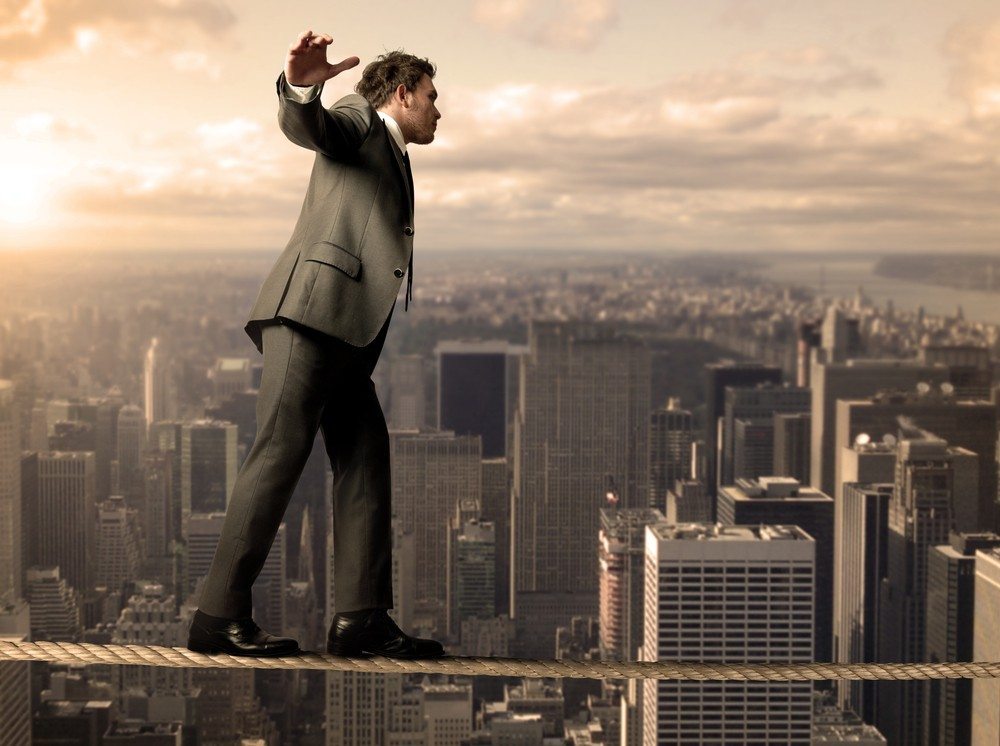 by Fred Glick
You successfully shared the article.
Close

Crash? Don’t be alarmed. Don’t sell your business, but realize that the economic structure and outside occurrences can shape a real estate market.

I am a normally upbeat guy, but I do like realism. We have to step away from being happy all the time to an honest view for our clients — both sellers and buyers.

Here are the top reasons that the real estate market could fail soon, in no particular order:

11. Rates are dropping. What? Aren’t rates dropping a good thing? Actually, no. The market is telling us based on macroeconomic reports that the economy is not cooking and jobs are not being created to make people buy homes. The only good news that will come from this is that those who forgot to refi, especially the HARP2 eligible, will be able to get better rates. Speaking of HARP, it’s being reported that FHFA Director Mel Watt may waive the eligibility date!

10. Robots. CNBC did a report called “Robots Rising” highlighting the fact that robots will continue to take over human jobs. Simple. No job, no house to buy. Also, 3-D printers are all the rage. Instead of ordering a part for your car that has to be manufactured by someone, you or your mechanic will just hit “print” and voila, you have your part!

9. 43*. No, it’s not about a home run record. It’s the magic arbitrary number that the people at the Consumer Finance Protection Bureau (CFPB) felt would be the maximum debt-to-income ratio for mortgages under the Dodd-Frank “qualified mortgage” rule. So let’s see. There are no more “no docs,” no more option ARMs, practically no more interest-only rules, but they felt that 43 percent of your income should be the maximum for your mortgage payment plus other qualified debt.

The crappy liar loans of the past decade are gone. Guess what, you actually have to qualify for a loan now!

Why the asterisk? There was a seven-year “exception” to that rule if your loan got approved in the Fannie Mae or Freddie Mac computer system with a higher ratio than 43. Sounds great, right? Here’s the problem. If a lender gets a computer approval for more than 43 percent and makes the loan, Fannie or Freddie can come in an audit the file. If they find that there was one T not crossed, they can claim the loan is NOT QM exception compliant, make the loan worthless on the secondary market and possibly make you buy it back.

So, that leads to the big boys in mortgageland, the banks and the big mortgage bankers along with the brokers — the only ones left in the business since the small/middle-sized mortgage bankers would be killed if they started having to buy loans back.

What does that mean? Higher rates to compensate for the lawyers they will have to hire to protect them against the 30,000 auditors who work for the agencies. Or, it could mean that fewer and fewer companies would be interested in being in the mortgage business resulting in loss of jobs all over the country and more people unemployed.

It also comes down to decisions made by who I will call Mister 43*, Raj Date. We will hear about him later!

8. 580 credit score with 3.5 percent down and 50 percent ratio. Yes, folks, the same CFPB that decided on 43 has let the FHA do 3.5 percent downs with 580 credit scores and 50 percent ratios! Talk about disaster! What will happen is that more and more and more deals will go FHA and because of the low scores, there will be defaults. Inconstancy in underwriting standards where the people with bad credit get high loan-to-value loans and the person with great credit and a lot down may not get a mortgage at all. Oh, and I don’t want to forget, FHA has lowered just about all the maximum loan amounts around the country shutting out many potential homebuyers (and refinancers). DUMB.

7. Flood insurance. You think the mortgage market makes no sense, let’s talk about the federal flood insurance program. In 2012, a bipartisan bill passed both chambers of Congress and was signed off by President Obama giving a blueprint on restocking FEMA with much-needed funds. They just went through Katrina, Sandy and other natural disasters and were running very low on funds. But the unintended consequences amounted to people who owned $75,000 homes going from paying $400 a year to $15,000. No, you did not read that wrong. From $400 to $15,000. It’s an abomination.

A bill passed in 2014 to change this, but it is only temporary until 2017. Then, the floodgates may reopen. The Tea Party wing in Congress like Sen. Pat Toomey of Pennsylvana tried to railroad the flood bill even though many of his fellow Pennsylvanians were affected and have told him so. People of ALL parties along with real estate professionals are outraged and incoherently confused by the word no from these congresspeople.

There is a massive grassroots effort under way to knock some sense into these morons. Visit stopfemanow.com for all the details. But, if people can’t pay for their insurance, they will lose their homes, values will plummet in all 50 states, and there will be more renters and fewer sales.

6. Overregulation. Let me say, I am not an advocates for change based on the “small-business person” chant. But, this time, I am telling the good people of Washington to stop. Stop making it outrageous on people to own a business in the real estate field. In the last few years, they have overreached on mortgage brokers only to limit their income, made appraisers beg and do deals for far less dollars than they should be making, and they have forced real estate agents to lose deals and money because of the way rules have been placed on vendors. I could spend hours on this, but I urge the CFPB to find a reality-based platform to deal with the issues instead of theory from people who were never involved in the business itself.

5. Non-QM loans. The architect of the qualified mortgage rule, Mr. 43, Raj Date, who left the CFPB after the announcement and was made to start his own firm to deal with non-QM loans, is now finding that this is not as easy as he once thought. The sophisticated investors in mortgage-backed securities have not come over to his way of thinking. So, all the non-QM (I called them the new subprime loans) mortgages may not come to pass. So, let’s eliminate more buyers, hence, down go values.

4. Fed tapering. The Fed is still buying a lot of mortgage-backed securities, but, it failed the country in its leadership by implementing the aforementioned changes to mortgage and appraisals and helped to slow what could have been a faster, stronger, more favorable real estate market recovery.

Now, the Fed has handed its policies and people over to the CFPB with a pat on their derrières telling them to go get ’em! The flavor of lunacy has not left their heads, and the Fed’s overbuying of Treasurys instead of mortgage-backs was just plain silly.

3. The stock market. The market does not think the economy will kick butt. Corporate profits will slow and then the value of stocks will diminish and people will not be able to sell as much stock to buy homes. Simple.

2. Consumer confidence. If you ignore the other items above, this is the Grand Poobah of them all. You can’t get your favorite character from “Goodfellas” to put a gun to someone’s head and force them to buy a house (Sorry, Joe Pesci). People buy homes because they feel secure in their job and want to plant roots. That’s the generic majority.

1.Employment to sales. Low job creation at the same time sales are skyrocketing is saying that it MUST come to an end. Good jobs are not being created at an alarming pace. Therefore, prices have to crash. And yes, there are the “stupid” markets such as San Francisco, New York City, the Westside in Los Angeles, but for a place that is dependent on regular W-2 jobs from large companies, this can be the killer.

So what’s the solution? Please come up with some!