Home values in almost 20 percent of all U.S. metros will surpass their housing boom peaks over the next year, and affordability problems that have begun to affect a fraction of markets may spread to others over the next few years, Zillow reported.

“The lows of the housing recession are becoming an increasingly distant memory as home values reach new highs and homes become more expensive than ever in many areas,” said Zillow Chief Economist Stan Humphries in a statement. “This is a remarkable milestone coming only two and a half years after the end of the worst housing recession since the Great Depression.”

Over the next year, Zillow forecasts that national home prices will appreciate by an additional 3.3 percent.

Price gains have already pushed values close to or above their housing boom peak in about 12 percent of the 8,700 markets tracked by Zillow.

Among the more than 300 metros tracked by Zillow, home values in nearly 20 percent of them have already passed or are expected to pass their prerecession peaks over the next year. Those fully or almost fully recovered metros include Dallas, Houston, Denver, Pittsburgh, San Antonio, Texas, San Jose, Calif., and Austin, Texas.

In a most metros, homes will remain affordable even as prices continue to climb, according to Zillow. Markets including San Francisco, Los Angeles, San Jose and San Diego are already unaffordable, however, and as mortgage rates rise, that will become a concern in other markets, Zillow said.

“As affordability worsens, more residents will be forced to search for affordable housing farther from urban job centers, and home values in some areas may have to come down,” Humphries said. 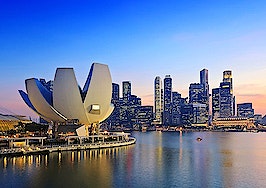 Skyrocketing real estate prices trigger backlash against foreign buyers
Back to top
Keep up-to-date on tools and tactics to impress your clients and outshine your competition with the 2022 virtual bundle.Register Now×
Agent Appreciation Sale: Inman Select for only $85.CLAIM OFFER×
Inmanpot
Log in
If you created your account with Google or Facebook
Don't have an account?
Create an Account
Forgot your password?
No Problem