Real estate agents can and do advertise their listings in a multitude of sites online. But what happens after those listings are released to the world? Which of those sites results in more business?

Real estate software development firm Vendigi has launched ListTrac, a free tool that will help multiple listing services and their agents and brokers keep track of how listings perform once they’re out in the wild.

As of June 1, eight or so MLSs representing about 85,000 members have signed agreements for ListTrac, including San Diego’s Sandicor, the San Francisco Association of Realtors MLS, Georgia MLS, Greater Alabama MLS, and the Greater El Paso Association of Realtors MLS. Those MLSs have either implemented or are in the process of implementing the ListTrac platform, said Trent Gardner, co-founder of ListTrac and founder of Vendigi.

The company has additional deals in the pipeline that it expects will push the number of MLS members with access to ListTrac to over 200,000 by the end of the year.

“As online advertising evolved, our industry became very good at supporting agents and brokers with marketing listings in the MLS and though Internet data exchange (IDX),” said James Harwell, president of the Greater Alabama MLS, in a statement.

“We have also made great strides at supporting the marketing of listings on third-party portals. Until now, what we have not been able to provide is the ability for a member to know the effectiveness of these marketing efforts, to be able to show their seller where their property is being viewed.” 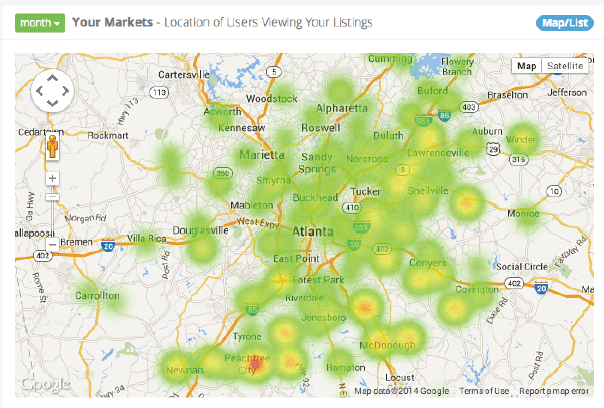 Agents can also offer their sellers their own dashboard and a weekly sellers report to see how many impressions their property is getting online and where the impressions are coming from.

“With ListTrac, agents and brokers will no longer be guessing about where to market listings effectively online. They will be able to view engagement in real time and transparently share that information with the seller,” the company said.

ListTrac is doing what no one else is doing — counting traffic to MLS and IDX sites, said Victor Lund, partner at real estate consulting firm WAV group, in a blog post.

“However, we know from looking at MLS activity, auto-email, MLS consumer website traffic and IDX site traffic that, if measured, (traffic) equates to some significant consumer listing engagement,” he wrote.

“Under NDA (nondisclosure agreement), WAV Group has seen some of the early reports where ListTrac is installed, and the traffic is huge. Midsized MLS are sending out 6 million consumer emails every month at 80 percent open rates. MLSs have significant daily traffic and listing impression numbers.”

ListTrac was born at AnalyzeSoft, a company that builds MLS platforms among other real estate tech offerings. ListTrac has since been rolled out into a separate company, Vendigi. ListTrac went into beta in November 2013 and officially launched on June 1. Like many other startups, the company is currently focused on building its user base rather than revenue generation, Gardner said.

“We built ListTrac as a complimentary offering as we explore revenue opportunities via upsell or helping brokers utilize their listing content,” he said.

Part of the company’s growth will have to include buy-in from website publishers other than MLSs. In order for ListTrac to work, publishers –portals, IDX site vendors, MLSs — must include a snippet of monitoring code on their sites that will send information back to the ListTrac server, where it is stored and accessed by the MLS and its members, according to Gardner.

“Since there are numerous sites to get the ListTrac code implemented on … the publisher implementations are ongoing,” he said.

The publisher “only needs to implement the code once and it will feed analytics to every MLS that has ListTrac,” he added.

The company suggests that MLSs update their data agreements with publishers to allow third-party monitoring when the MLSs partner with ListTrac.

The company is in talks with major real estate portals and vendors to implement the code, Gardner said.

As some MLSs move toward providing some sites with direct feeds instead of sending listings through listing syndicator ListHub, he said, ListTrac may be a way for agents and brokers to continue to receive metrics from third-party sites, replacing or supplementing those from ListHub. 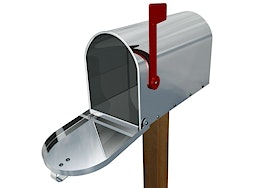 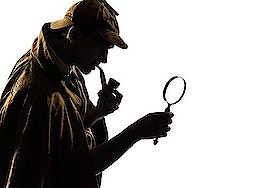 Make it your business to track your Zulia ad spend and discover how your clients found you
Back to top
Only 3 days left to register for Inman Connect Las Vegas before prices go up! Don't miss the premier event for real estate pros.Register Now ×
Limited Time Offer: Get 1 year of Inman Select for $199SUBSCRIBE×
Inmanpot
Log in
If you created your account with Google or Facebook
Don't have an account?
Create an Account
Forgot your password?
No Problem