Doing charity work in the Central American country of Nicaragua in 2011, Blake Andrews was touched by how much the shoes he placed on a little girl’s feet meant to her.

The thought hit him then: If shoes can do this for a child, imagine what a home can do for a family.

That feeling, in addition to an encounter with an agent who lamented about the difficulty of giving back in real estate, led Andrews to found Giveback Homes in August 2013.

The firm gives real estate pros a channel to donate funds to help build homes for those in need, rope their clients into that process and to distinguish themselves among other agents.

Andrews’ nearly three years as a special project manager at the shoe company Toms, which gained notoriety for its practice of donating a pair of shoes to a person in need for every pair a customer bought, also contributed to his desire to build a business that helps people give back.

“We want to change the way real estate pros feel about giving back,” Andrews said. In addition to agents, the firm targets mortgage brokers, interior designers, builders and others.

Giveback Homes has partnered with Habitat for Humanity to turn dollars into homes, Andrews said. Currently, it works with the nonprofit in Nicaragua and four U.S. cities: Dallas, Los Angeles, San Francisco and New York City. (See some of the current projects the group’s helping to fund here.)

A monthly membership fee of $50 gives agents and other real estate pros the ability to brand themselves as Giveback Homes members. They also get a profile on Giveback Homes and gain access to a suite of marketing items including door hangers, client thank-you letters and more that help them market their charity-oriented outlook to clients and potential clients. Currently, 109 agents are in the network.

The monthly membership fee supports Giveback Homes’ three-person team and the operations behind the business, including marketing and public relations. Every dollar the firm collects outside of that fee goes straight to Habitat for Humanity in one of the five locations.

Giveback Homes doesn’t require members to donate, but if they haven’t after one year as a member, the firm will send them a note and ask them to give. If they don’t contribute then, their membership will be canceled, Andrews said. Currently, approximately 90 percent of Giveback Homes members have given money to one of the firm’s Habitat for Humanity building projects, he said.

The firm makes it easy for real estate pros and their clients to donate to Habitat for Humanity whether they’re Giveback Homes members or not, Andrews said. The giving is transparent, an important element Andrews wanted to bake into the platform. Every donation comes with a receipt from Habitat for Humanity for the exact amount given, he said. 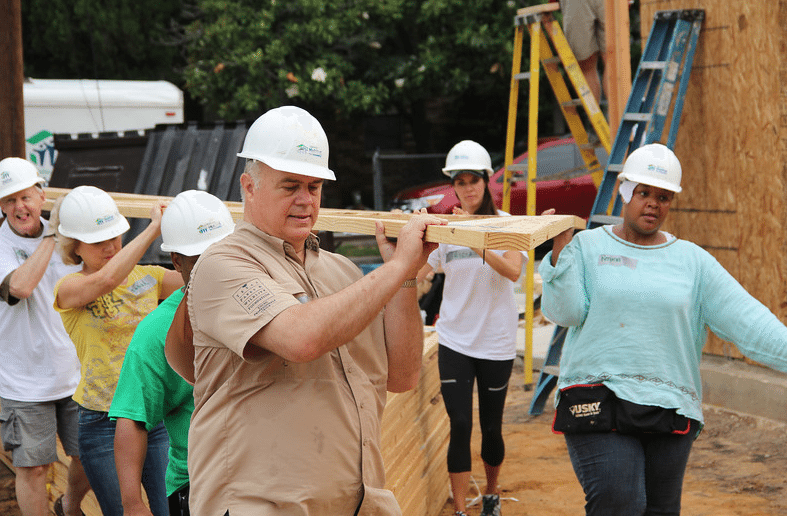 In addition, the firm doesn’t have a set amount or timeline for its members to give. They can give any amount at any time, Andrews said.

Members can direct their homebuilding donations to one of a select group of families in each market where Giveback Homes partners with Habitat for Humanity. When donations for a specific family reaches $5,000 via Giveback Homes, all the members who gave are honored, Andrews said.

For the donations dedicated to a family in the U.S., the $5,000 funds a Habitat for Humanity “build day,” where the members who donated can invite friends, colleagues and clients to participate (up to 25 people for all the members). In Nicaragua, $5,000 builds a house for a needy family. In that case, the home is dedicated in the members’ names whose donations funded the home. 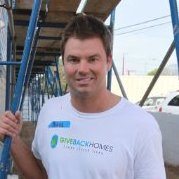 So far, Giveback Homes has raised $100,000 for building projects that has resulted in 17 homes for needy families in Nicaragua and four build days in the U.S., Andrews said.

One Giveback Homes member, Matt Curtis, a real estate agent in Alabama, illustrates how Giveback Homes members can broadcast their good works through the site, Andrews said. Curtis used Giveback homes to help raise $5,000 from his sphere of influence needed to build a home for a family in Nicaragua, he said.

Giveback Homes helped Curtis to pick the specific family he wanted to build a house for and ensured that all 90 of the people who ended up donating received before-and-after pictures and a letter detailing how their donation was used, Andrews said.

Giveback Homes is out to show the real estate industry that “doing social good is good for business,” Andrews said. Giveback Homes gives its members an avenue to market their good deeds to their clients and the ones they’re courting. They can market their involvement in each project they help fund, complete with photos and info about the needy families they’re helping, he said.

In September, Giveback Homes will bring Realty One Group onboard as its first brokerage partner. Realty One Group, the sixth-largest brokerage in the U.S. by 2013 transaction sides and a relatively new franchisor, has more than 5,000 agents in 50 offices focused in the Southwest region.

“We wanted to start making a strong impact in our communities at the charitable level,” said Katie Secrest, Realty One Group’s director of branding and marketing, of the partnership. “Instead of developing our own charitable cause, we decided to leverage Giveback Homes’ exposure to make a bigger difference together.”

Giveback Homes is a great way for agents to give back directly to the communities where they work, Secrest said. She also believes the partnership will help fast-growing Realty One Group grow its agent count with those who have a philanthropic bent, an attitude the firm wants to cultivate in its brand.

By helping agents to align themselves with the do-good brand, the partnership will also boost agents’ business by allowing them to broadcasting their commitment to charity, Secrest said.

5 tax tips for giving to charity 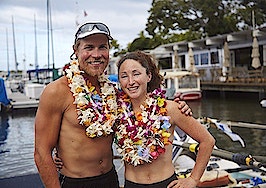 They made it! Trulia co-founder Sami Inkinen and wife complete 2,400-mile row to Hawaii
Back to top
Only 3 days left to register for Inman Connect Las Vegas before prices go up! Don't miss the premier event for real estate pros.Register Now ×
Limited Time Offer: Get 1 year of Inman Select for $199SUBSCRIBE×
Inmanpot
Log in
If you created your account with Google or Facebook
Don't have an account?
Create an Account
Forgot your password?
No Problem