The first results are in, and this could be the year everyone has been waiting for: the first big millennials year. This year could be the breakout year when we blow past the doldrums that shackled sales this past fall — the year that the recovery got down to business.

It’s still winter in February north of the Mason-Dixon Line, especially this year. But when March rolls around, things get serious, and the very first returns are in. Unlike elections, where exit voters determine elections, in the real estate business all that counts are closings, and the numbers are good in some places — downright great in others.

Pending sales do an excellent job of reporting which way the wind is going but not so good a job measuring velocity. Nevertheless, NAR’s February pending home sales index rose 3.1 percent to 106.9 from a slight downward revision of 103.7 in January. It reached a 12 percent year-to-year increase — a reason to look forward to the hard numbers from across America.

Let’s start with two cities that are only 50 miles away but polar opposites. RealEstate Business Intelligence (RBI) reports that closed sales in blue-collar Baltimore soared by 23.6 percent over March 2014 and by 36.1 percent compared to February 2015.

In white-collar Washington, D.C., the story was almost the same. Closed sales increased by 15.6 percent from March 2014, and new contracts rose by 10.8 percent, with all market segments experiencing a rise.

Moving south, Florida was untouched by snowstorms but has had its hands full with distressed sales. South Florida single-family home sales had double-digit growth in February, while townhouse and condo sales grew just a smidgen, according to data released by Florida Realtors.

In California, another place where weather doesn’t create a selling season, March data is not yet in, but CAR’s pending home sales jumped in February, with CAR’s Pending Home Sales Index increasing 24.8 percent from a revised 89.9 in January to 112.2, based on signed contracts. The month-to-month increase easily topped the long-run average increase of 17.9 percent observed in the past seven years.

Statewide pending home sales in California were up 15.6 percent on an annual basis from the 97.1 index recorded in February 2014. The yearly increase was the largest since April 2009 and was the first double-digit gain since April 2012. San Francisco Bay Area’s PHSI stood at 124.8 in February, up 23.3 percent from 101.2 in January and 13.1 percent from 110.3 in February 2014. With another increase in new homes sold in March over the previous month, the Sacramento region is on pace for its highest number of new-home sales in seven years.

In Seattle, the median price of Seattle homes sold in March rose 18.9 percent over the year to $535,000 — the biggest jump in at least five years. The number of available homes for sale has been at historic lows in recent months, which helped drive up prices. Although the level of homes listed for sale dropped almost 23 percent in March from a year ago, the number of pending sales — mutual purchase agreements that haven’t closed yet — jumped 19 percent for the same period, according to figures reported by the Northwest Multiple Listing Service.

Despite the snow in February, New York state notched year-over-year gains in both closed sales (2.5 percent) and median sales price (1.3 percent) compared to last February. The February 2015 sales total of 5,925 was up 2.5 percent from the February 2014 total of 5,781. March returns are not yet in.

In Texas, one of the hottest markets of 2014, sales in the state were up only 1 percent in February. But early March returns suggest things are picking up.

The Houston Association of Realtors reports that after a sales decline in February, Houston home sales returned to positive territory in March.  Consumers are buying newly listed homes before they ever had a chance to replenish the local housing supply. Sales of single-family homes rose 3.8 percent year over year in March, with most activity taking place among homes priced between $250,000 and $500,000. The high end of the market also had a gain after experiencing its first decline in many months in February.

It’s possible that these markets are reporting early because they bear good news. Because most real estate market reports are released at the same time each month, however, it’s much more likely that in most corners of the nation, spring is off to an excellent start. 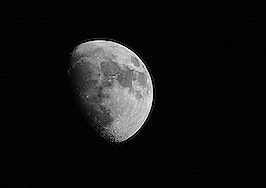