Former Federal Reserve Chairman Ben Bernanke was correct in saying at the time* that there had never been a decline in housing prices on a nationwide basis. What he was oblivious to was that home prices were rising nationwide faster than they ever had because his predecessor, Alan Greenspan, had brought the federal funds rate down to 1 percent. By mid-2007 the housing market party was over and prices began a four-year nationwide decline.

Fast-forward to 2015: The Fed has learned that you can reheat an economic souffle. We are in the midst of another housing bubble driven by Ben Bernanke and Janet Yellen’s fed funds rate at zero percent and massive doses of quantitative easing (QE) that involved the Fed buying $85 billion a month worth of mortgage-backed securities and U.S. Treasury securities.

Although the Fed and others cheer on the rise in housing (and stock market) prices as good for homeowners and the economy, there is a dark side to rising home prices.

The current surge in home prices is not driven by strong economic fundamentals such as higher productivity, wages and labor participation rates, but rather by artificially low interest rates orchestrated by the Federal Reserve’s zero interest rate policy and quantitative easing programs.

Home prices are artificially rising by Fed design. So, who cares? Higher housing prices, no matter how generated, are a good thing, right?

Ask a first-time homebuyer, a part-time worker or anyone looking for a home if higher home prices are a good thing. Higher home prices shut would-be homebuyers out of the market, lower the homeownership rate and raise the cost of shelter.

Homeowners also gain access to cheap credit not available to renters in the form of low-interest home equity loans. And don’t forget the mortgage interest deduction for homeowners.

• Cause property taxes to rise

Because property taxes are based on home values, rising home prices lead municipalities to increase property taxes. For homeowners whose economic circumstances have not improved other than experiencing an increase in the price of their homes, increased property taxes put an added strain on their finances.

I suppose they can always take out a home equity loan to pay their higher property taxes.

Higher home prices can also lead municipalities to make overly optimistic projections on future tax revenues and to misallocate and/or overspend based on the (perhaps false) prospect of future increased tax revenue.

The whipsaw in housing prices over the past 10 years — dramatically higher, then lower then higher again — creates an immobile workforce whose fortunes and mobility are tied to the values of their homes.

Often homeowners remain in areas where their job prospects are dim because their home equity is underwater from the last housing bubble/bust or can’t move to where they might get a job because housing prices are too expensive in those markets.

• Are bad for the real estate industry

Although higher home prices lead to higher commissions, Fed-driven home price appreciation also leads to investor speculation in the housing market making it susceptible to booms and busts. During the busts few homes are sold. This leads to a feast-or-famine market for real estate agents that doesn’t allow them a level of predictability of income or investment.

Higher home prices put homeownership further from reach. Young first-time homebuyers already are facing difficulties in purchasing homes as many have large student loan debts and are unemployed or underemployed.

Potential new homeowners whose wages are not keeping pace with rising home prices and millennials find homeownership ever more elusive.

Without a solid pipeline of new homebuyers, the mid- and long-term outlook for the real estate industry is dim.

The Fed’s manipulation of the economy by driving rates down to get people to move in and out of houses is as foolish as paying people to dig ditches and then paying others to fill them up. Nothing of lasting structural value is produced in either example.

And it will as the low inventory/strong demand dynamic reverses and inventory increases and demand drops.

It’s foolish for the Fed to think that housing can drive an economy and to set policy designed to create a housing bubble. The housing market should be reflective of the strength of the economy, not the driver of it.

We saw what happened in 2008 after we had massive nationwide rise in prices and subsequent massive decline.

Still want higher home prices? Be careful what you wish for. 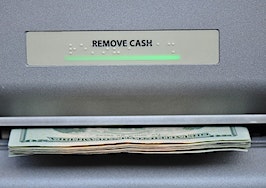 The return of the home as ATM 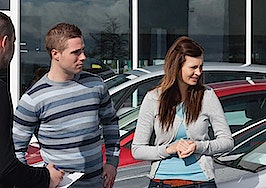 Is it really recovery when new-car sales are up and new-home sales are down?

Artificially low interest rates hurt job growth, housing sales
Back to top
Only 3 days left to register for Inman Connect Las Vegas before prices go up! Don't miss the premier event for real estate pros.Register Now ×
Limited Time Offer: Get 1 year of Inman Select for $199SUBSCRIBE×
Inmanpot
Log in
If you created your account with Google or Facebook
Don't have an account?
Create an Account
Forgot your password?
No Problem