In Los Angeles, there’s a battle between the integrity of the city’s neighborhoods and the ability to grow, bring new jobs and decrease the homeless population. On one side of the ring is the Coalition to Preserve L.A. and in the other is the Coalition to Protect L.A. Neighborhoods and Jobs. Despite their ironically similar names and seemingly similar intentions — to protect Los Angeles — the groups have two polarizing ideals.

In Los Angeles, there’s a battle between the integrity of the city’s neighborhoods and the ability to grow, bring new jobs and decrease the homeless population. On one side of the ring is the Coalition to Preserve L.A. and in the other is the Coalition to Protect L.A. Neighborhoods and Jobs. Despite their ironically similar names and seemingly similar intentions — to protect Los Angeles — the groups have two polarizing ideals.

As reported by LA Weekly, the Neighborhood Integrity Initiative — which lands on the side of the Coalition to Preserve L.A. — would put a two-year moratorium on re-zoned development and got star-studded backing from the likes of Leonardo DiCaprio, Kirsten Dunst, Joaquin Phoenix and Chris Pine, among others, aiming to curb developments. The Initiative aims to eliminate “spot zoning,” or smaller parcels of land within a larger zoning location becoming re-zoned in a way that does not align with the city’s master plan.

Among other concerns, such as having a more open door policy when it comes to planning developments in the city, the Initiative is, according to its site, battling against a “rigged system [that] pushes forward luxury mega-projects that cause traffic gridlock, the destruction of neighborhood character, and the displacement of longtime residents, including senior citizens on fixed budgets.”

“We understand there are problems in the Los Angeles planning process that need to be fixed – but this ballot-box legislation goes too far and hurts the neediest among us. The Neighborhood Integrity Initiative will ban the building of virtually all housing, including 92 percent of all planned affordable and homeless housing projects,” the letter reads. “Restricting the housing supply any further will have a disproportionate impact on those struggling to stay afloat, either to make monthly rent or find an affordable place to live.”

The Initiative includes a plan to put a moratorium on development for two years for projects that require re-zoning. The two-year stall on development doesn’t impact downzoning for things such as parks, either, the Initiative’s website says. It would also ban developers from writing their own environmental impact reports.

And while the Neighborhood Integrity Initiative has A-list backers, those on the other team hail from the United Way of Greater Los Angeles, Los Angeles Chamber of Commerce, Inner City Law Center and the Southern California Association of Non-Profit Housing, among others.

One of the biggest sponsors of the Coalition to Preserve L.A. is the AIDS Healthcare Foundation, which raises its own advocacy funds for the issues it supports.

According to LA Weekly, Los Angeles Mayor Eric Garcetti has yet to take a position on either side.

“Mayor Garcetti is already leading one of the city’s most ambitious efforts to reform the development process in L.A.,” Garcetti spokeswoman Connie Llanos said to LA Weekly in a written statement. “We will continue to advance this reform agenda and look forward to working with all stakeholders.” 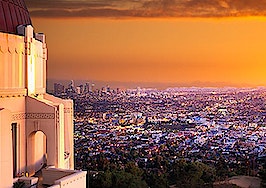