everything possible / Shutterstock.com
by Amber Taufen
Share this article
You successfully shared the article.
Close

Xome — the end-to-end real estate platform launched in June 2015by mortgage holding company Nationstar — hasn’t yet become the disruptive “Uber of real estate” that some have predicted is on the industry’s horizon. Still, the company earned Nationstar $11 million in the first quarter of 2016 and an adjusted $22 million in Q2.

Xome — the end-to-end real estate platform launched in June 2015 by mortgage holding company Nationstar — hasn’t yet become the disruptive “Uber of real estate” that some have predicted is on the industry’s horizon.

Still, the company earned Nationstar $11 million in the first quarter of 2016 and an adjusted $22 million in Q2.

Reporting a slightly smaller but still respectable $20 million in Q3, it’s safe to say that Xome isn’t throwing in the towel on the disruption game just yet.

Nationstar’s total earnings for Q3 2016 were $542 million, and expenses totaled $407 million, bringing the balance sheet to an overall profit of $51 million after other interest income and expenses.

“Our third quarter achievements solidify us as the preferred industry partner,” said Jay Bray, Chairman and CEO, in the company’s statement. “In the quarter we posted strong operational results, added almost 510 thousand customers to our servicing platform, funded over 25 thousand loans and launched enhanced technologies that improve the home ownership experience for our 2.7 million and growing customer base. We ended the quarter with the largest servicing portfolio in our company’s history, are actively engaged in a significant pipeline and remain focused on creating value for our shareholders.”

“Our property sales business remains focused on operational performance and the execution of pilot programs for third parties, including a Government Sponsored Entity,” read the company’s statement. “During the quarter, our title operations completed record closings while expanding margins as a result of deeper penetration from existing third party clients and capitalizing on the favorable environment. In addition, Xome launched the first white label property search offering of Xome.com during the quarter.”

That white label property search offering would be the Xome-powered Bank of America listing portal.

“We think $25 million a quarter is reasonable for Xome,” said Bray in the company’s earnings call.

“The most opportunity with that platform is white label. With BofA, Xome is powering its real estate site.”

He added that there are more deals like the BofA-Xome partnership in the works.

After Xome CEO Kal Raman left the company in November 2015, Nationstar CEO Jay Bray has been acting as the chief executive of the subsidiary. Was there any action on the hiring front in Q3?

The company’s quarterly filings didn’t contain any information about whether Bray plans to hire someone to manage Xome for him anytime soon.

Asked in the earnings call whether recent Consumer Financial Protection Bureau regulatory investigations had caused any worry at the company, Bray said, “As far as we know, there are no ‘investigations,’ and we are in close contact with our regulators.”

It’s been almost a full year since Nationstar CEO Jay Bray announced the rebranding of the company to a more consumer-friendly, approachable feel — dubbed Mr. Cooper. The company has been strangely silent on the whereabouts of the new man-on-the-street, who was supposed to be unveiled to the world this summer.

“We spent time and energy on that,” said Bray in the call. “Internally we’ve completed that, if you will. We’ve adopted our new values and customer service training initiatives, and it has gone fantastic. We have completely re-energized the team.

“Externally, we’re still working through the right timing on that. What we don’t want to do is make the change externally when we haven’t completed what I think are going to be real fantastic customer initiatives. We want to launch the mobile app, get the website fully baked in.

“That’s the process we’re on, so that once we announce Mr. Cooper to the world, that we can actually deliver that value.”

Pressed on a timeline, Bray said we could expect to see the man in the first half of 2017. 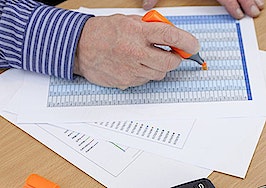 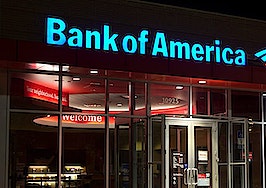