Editor’s note: Thank you to the dozens of participants in the first-ever Inman News Photo Contest. All photos are republished here with permission of the photographers.

Readers selected 13 finalists from the total pool of entries, and a panel of three judges chose the winner and ranked the top 10 finalists based on the quality of the photographs and their relevance to the theme: "tell a story about the housing market." Photos may not be used without permission of the photographers. Click here to view the full list of entries. 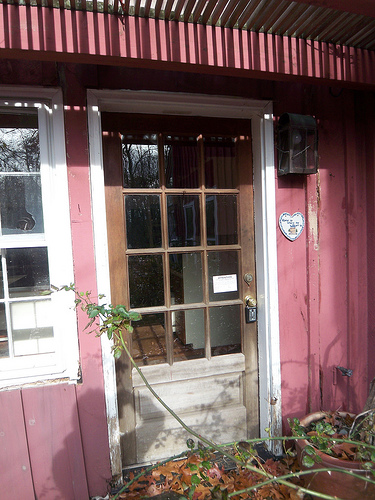 "I always wonder about the human lives and their story when I represent a foreclosure for a bank," says Linda Davis of RE/MAX Realty Group in Gales Ferry, Conn. "This home, with the ceramic ‘Home is where the Heart is’ plaque, tugged at my heartstrings." 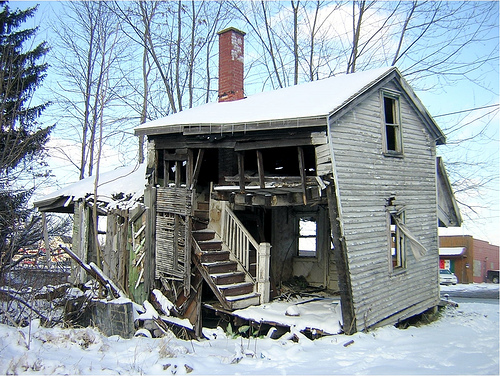 A Realtor for Rossi & Associates Real Estate, Rossi notes that the home "stood in this condition for months, if not literally years, prior to the end of its life. The front, or street view, never really revealed the actual physical condition, which is ultimately visible from the rear.

"The photo was motivated due to the fragility of the construction and its ability to represent the term ‘Housing Crash’ because it actually appears as if the house itself crashed — a la the Wicked Witch of the West in the film ‘Wizard of Oz,’ " Rossi writes. …CONTINUED 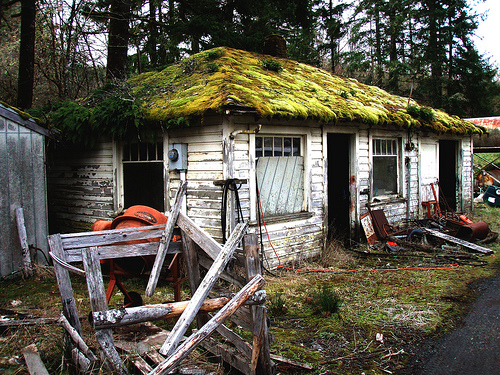 Ted C. Jones, senior vice president and chief economist for Stewart Title Guaranty Co. and director of investor relations for Stewart Information Services Corp., writes, "In traveling the Pacific Northwest this past week giving economic forecast presentations, we drove past this ‘House of Better Days’ and I just had to get the photo" (click here for larger version).

"There really are shingles under the lichens, moss and ferns, and running electricity — see the meter. The housing market, just like this house, has been so down so long that new growth is sprouting out of the top." …CONTINUED 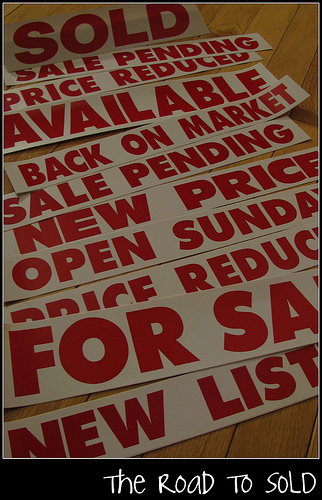 "From ‘New Listing’ to ‘SOLD,’ the road is never easy," writes Dale Chumbley, who snapped this photo (click here for larger version). "We can usually get there but not without a few bumps along the way."

Chumbley is a Realtor with The Chumbley Team of Prudential NW Properties in Clark County, Wash. …CONTINUED

5. "For Sale: Price reduced, unfinished, and not started on East Derringer Way in Chandler, Ariz."

"Of the four lots on the cul-de-sac, three have ‘For Sale" signs, two of which are clearly visible in this photo," writes Mitchell. "One of the two finished homes has been on the market for almost six months."

He adds, "The partially constructed four-bedroom, two-bathroom home with a three-car garage in the photo was issued a permit in October 2008 and got just past basic framing before work stopped, leaving the stick frame sitting like a skeleton for five months and counting. Next to that is an empty lot, also for sale." …CONTINUED

Realtor C.J. "Charlie" Vlahos snapped this photo (click here for larger version) of his wife, also a Realtor, "in a moving vehicle after talking with a client doomed for foreclosure." The couple works for Blanket Real Estate in New Fairfield, Conn. …CONTINUED 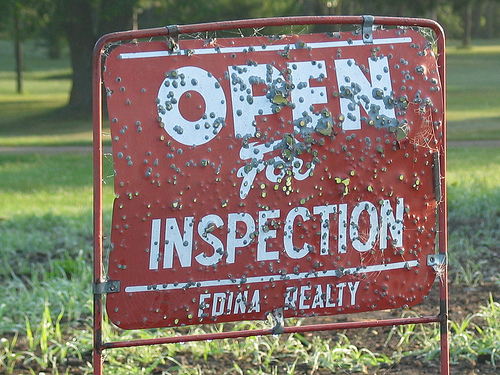 Neil Kearney of Realty Co./Metro Brokers in Boulder, Colo., snapped this photograph (click here for larger version) in 2003 on a farm in northern Minnesota.

"It has been sitting in my photo folder for just this occasion. I think that today’s market has been shot at from all sides — just like the sign. It is still open for business but it isn’t looking too good," Kearney writes. …CONTINUED

8. "Which way is the real estate wind blowin’ " 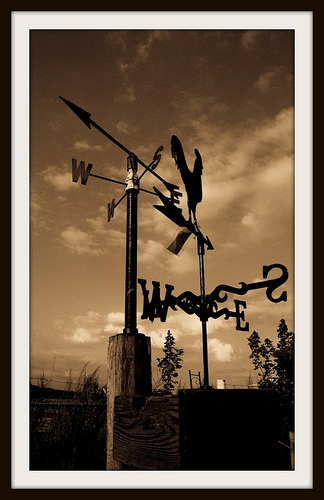 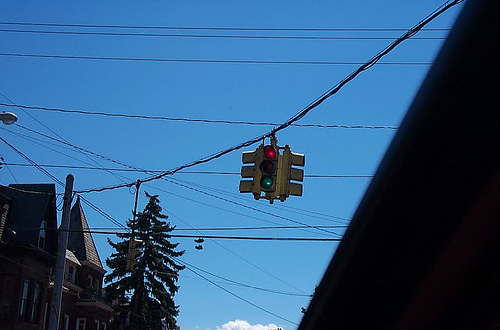 "What is the direction of the market today?" asks Tim Countryman, broker-owner of Countryman Real Estate Associates in Newburgh, N.Y.

"I shot this photo (click here for larger version) in 1999 in Newburgh … at the very beginning of the real estate runup," Countryman writes. "Ten years later, I wonder what could more accurately represent the market we are currently experiencing.

"With prices dropping, and mortgage rates at historic lows, homes may now be more affordable than at any time since the photo was snapped. The industry should be ready to go. But with lending restrictions being tighter than in recent history, we still find the market stopped. It’s very frustrating to Realtors and would-be homeowners." …CONTINUED 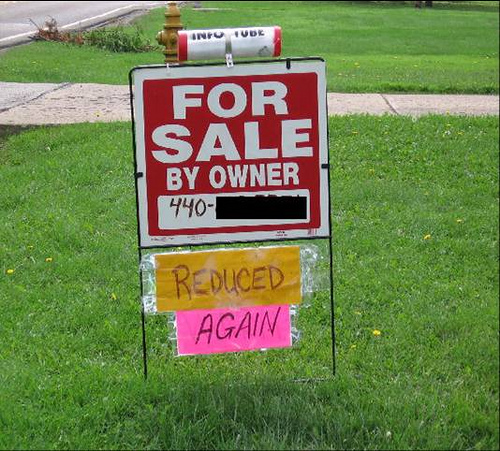 The photo has been edited to omit the phone number. "I … have used this in several FSBO classes," Touzalin writes. "I just thought it said it all."