Executives at Realtor.com operator Move Inc. expect mortgage delinquencies and tightened credit standards will continue to weigh on home sales at the upper end of the market in 2010, restricting spending by the real estate agents and brokers who drive the company’s business.

Move’s annual report — filed Friday, one day after the company announced a $4.5 million net loss for the final quarter of 2009 — sheds light on why Move expects revenue to decline by as much as 12 percent this year, and details the cost-cutting measures taken to trim losses.

Executives at Realtor.com operator Move Inc. expect mortgage delinquencies and tightened credit standards will continue to weigh on home sales at the upper end of the market in 2010, restricting spending by the real estate agents and brokers who drive the company’s business.

Move’s annual report — filed Friday, one day after the company announced a $4.5 million net loss for the final quarter of 2009 — sheds light on why Move expects revenue to decline by as much as 12 percent this year, and details the cost-cutting measures taken to trim losses. 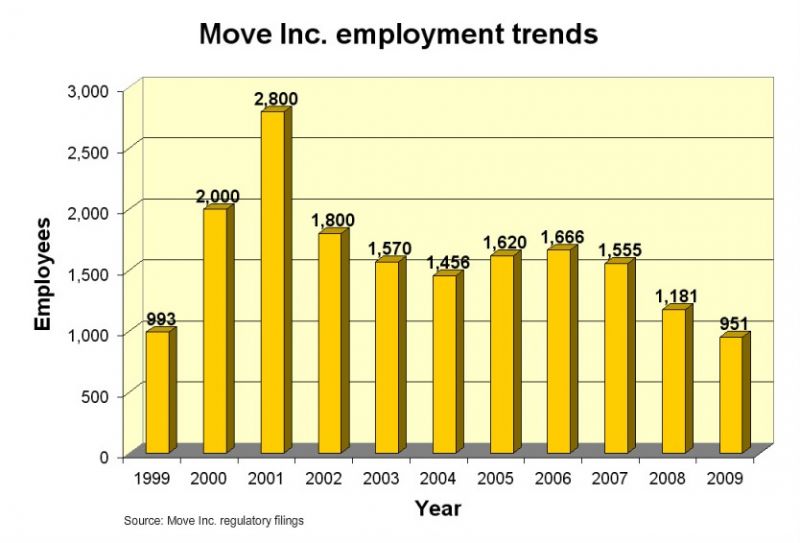 Move trimmed operating expenses by 14 percent from 2008, to $175 million, making cuts in every area but product and Web site development, which grew by nearly 6 percent to $27.8 million.

In a conference call with investors Thursday, Move CEO Steve Berkowitz detailed new products launched in 2009 and said the company is developing additional products to help it take advantage of Realtor.com’s position as the most visited real estate site on the Internet.

Thanks in large part to its partnerships with the National Association of Realtors and licensing agreements with 900 multiple listing services, Move’s Realtor.com site is acknowledged as the most-visited real estate site on the Web.

In February, Realtor.com had nearly twice the market share of its closest competitors, Zillow and Yahoo Real Estate, according to Web metrics firm Hitwise (see story).

Realtor.com’s new Search Assist display ads allow agents or brokers to e-mail listings to consumers who register with Realtor.com in the neighborhood they are searching.

Move’s Top Producer customer relationship management (CRM) software accounted for 11 percent of revenue, down from 12 percent in 2007 but unchanged from 2008. …CONTINUED

Showcase listing enhancements — upgrades that real estate agents pay for to add more photos, virtual tours, videos and printable brochures to basic listings — continued to be Realtor.com’s single biggest moneymaker, accounting for 39 percent of revenue in 2009. That’s the same percentage as 2008, but remains up from 35 percent in 2007.

In 2006, Move said many customers began to shift their advertising dollars away from print media such as newspapers and real estate guides to the Internet.

As the housing market declined in 2008, the advertising spend by many large brokers and agents slowed, and some medium and smaller brokers and agents reduced expenses to remain in business, sending Move’s revenue into decline in 2008 and 2009, the company said.

"2009 was difficult for the real estate market and it is not expected to improve in 2010," Move management warned investors in the company’s annual report. "Entering 2010, delinquencies are expected to continue to be double that of foreclosures, causing uncertainty in the price floor within various markets.

"This, coupled with the fact that banks have significantly tightened their credit standards for mortgage loans, will make home purchases in the upper end of the market that much more difficult. We believe these market conditions will continue to put pressure on spending by real estate professionals and brokers in the next year."

Move slashed its advertising costs nearly in half, cutting spending on online advertising, portal fees, keyword buys, e-mail campaigns and other trade advertising from $30.1 million in 2008 to $16.5 million last year.

Another expense Move no longer has to contend with is reimbursing former CEO W. Michael Long for his business use of his plane.

Long’s 2002 employment agreement required Move’s predecessor, Homestore, to reimburse him for the operating costs of his Dassault Falcon 20 business jet as Long flew from his home in Texas to Homestore’s Westlake Village, Calif., headquarters. Those costs were estimated at $1,165 per hour of flying time. 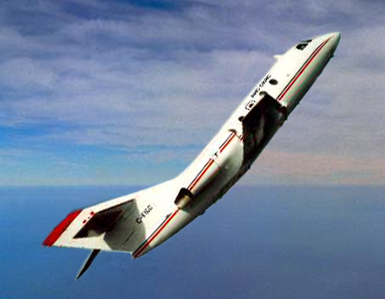 Move disclosed Friday that it reimbursed Long a total of $2.9 million for the use of his jet in 2007 and 2008. Long — hired to lead a new management team in the wake of a financial scandal and management shakeup — was replaced by Berkowitz, the former CEO of search site Ask.com, in January 2009 (see story).