Real estate search site HomeFinder.com has released an Android version of its free mobile app. The app, like its previously released iPhone cousin, allows users of mobile devices to conduct GPS- and map-based searches of homes for sale. 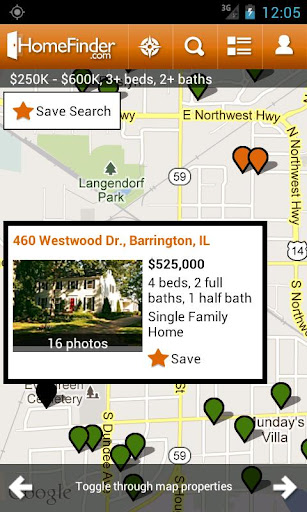 "We listened to consumers and built an app that effectively allows comprehensive geolocation searches through a clean platform that is well integrated with unparalleled desktop integration," said Doug Breaker, President and CEO of HomeFinder.com.

HomeFinder.com is owned jointly by Gannett Co. Inc., The McClatchy Co. and Tribune Co., and is an affiliated company of Classified Ventures LLC, which owns and operates Apartments.com, Cars.com and HomeGain.com.