The real estate industry extended its perfect track record in the initial public offering arena today as shares in Realogy Corp. soared above the $27 price set by the company Wednesday.

Shares in the brokerage and franchise giant opened at $32.90 and were trading above $34 on the New York Stock Exchange this morning. Realogy’s IPO is the third largest this year, behind Facebook and Santander Mexico Financial Group, Reuters reports.

Editor’s note: This story has been corrected to note that an offering of Zillow shares that closed Sept. 24 was a follow-on offering dilutive to existing shareholders, not a secondary offering of previously issued shares.

The real estate industry extended its perfect track record in the initial public offering arena today as shares in Realogy Corp. soared above the $27 price set by the company Wednesday.

Shares in the brokerage and franchise giant opened at $32.90 and were trading above $34 on the New York Stock Exchange this morning. Realogy’s IPO is the third largest this year, behind Facebook and Santander Mexico Financial Group, Reuters reports.

But the $7 difference between the $27 price Realogy obtained from the deal’s underwriters and the $34 value investors placed on the 40 million shares made available to them today suggests Realogy left more than $200 million on the table, but stoked investor interest.

Realogy is a pure way to take advantage of the recovering housing market, said Realogy chairman, CEO and president Richard Smith in an interview with CNBC this morning. "We’re not a builder, we’re not a retailer, we’re not Home Depot or Sherman Williams," he said. "We are a fee-for-service (company) and we represent 93 percent of the business." 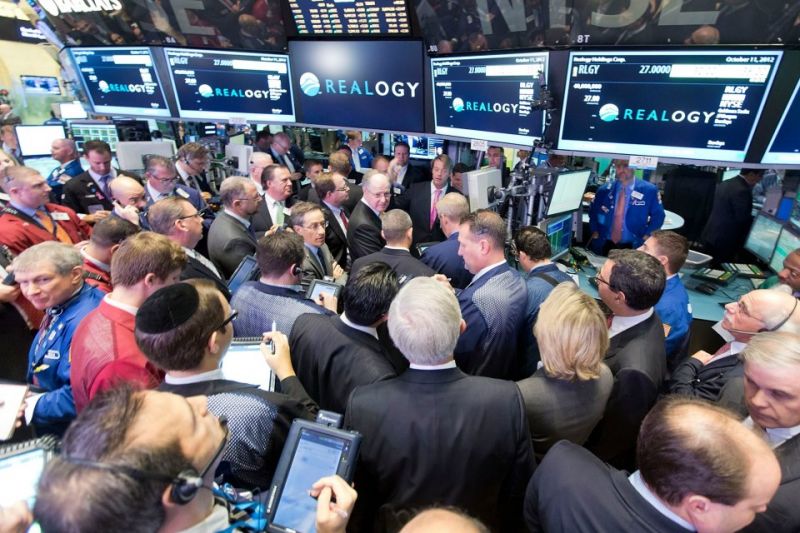 There was heavy trading in shares of Realogy Holdings Corp. on the floor of the New York Stock Exchange today. Photo Ben Hider/NYSE Euronext.

At $27 per share, Realogy raised $1.08 billion before expenses, a total that could increase to $1.24 billion before subtracting discounts and commissions if underwriters exercise their option to purchase up to 6 million additional shares at the offering price.

If underwriters purchase the 6 million additional shares, parent company Apollo Global Management LLC's stake in Realogy will fall to 48 percent, and it will no longer be considered a "controlled company" exempt from certain corporate governance requirements.

If Realogy is no longer a controlled company, it will have to appoint a majority of independent directors to its board within a permitted "phase-in" period.

Realogy said in an updated S-1 registration statement Oct. 5 that Apollo "will continue to be able to significantly influence or effectively control our decisions," and have the ability "to prevent any transaction that requires the approval of our board of directors or our stockholders, including the approval of significant corporate transactions such as restructurings, mergers and the sale of substantially all of our assets." 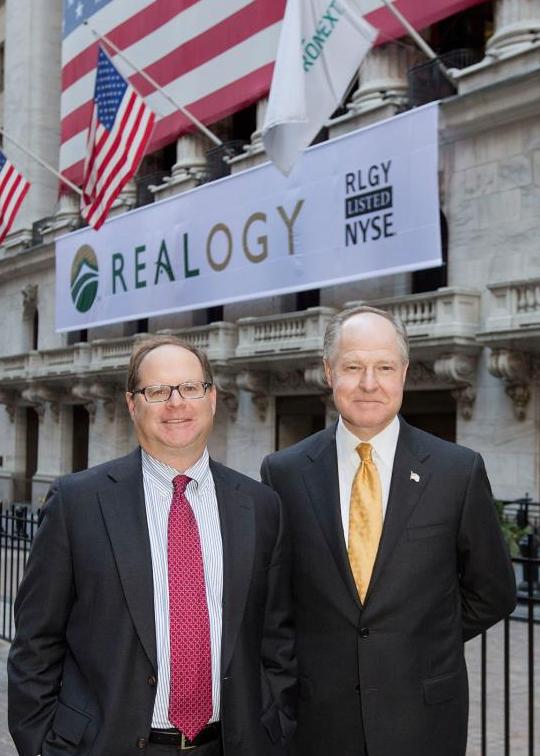 Realogy has said it will use proceeds from the IPO to pay down more than $7 billion in outstanding debt, much of which the company amassed when Apollo took the company private in 2006. Holders of $1.9 billion in convertible notes are expected to trade them in for stock in the company, allowing Realogy to pay off about $2.8 billion in debt all told.

That will reduce the company's interest expenses by approximately $330 million a year, which, Smith said, is about half of the company's interest expense. Realogy says it will also get a break on its taxes as it utilizes $2.1 billion of net operating loss carry forwards which, along with "modest capital expenditure requirements" will put the the company in a position generate "significant free cash flow upon a sustained residential real estate market recovery."

Although Realogy does not have any significant debt maturities until 2016, "it is our primary objective to use a substantial portion of future free cash flow generation to further reduce our outstanding indebtedness," the company said in its S-1 registration statement.

If underwriters exercise their option to purchase 6 million additional shares at $27 each -- which prices in today's trading gives them an incentive to do --  and $1.9 billion in convertible notes are converted into common stock, as expected, Realogy would have 136 million shares of common stock outstanding. That would give the company a market capitalization of $4.48 billion at today's opening price of $32.90.

The real estate industry has been on a winning streak in the IPO arena since last year, when HomeAway Inc. and Zillow pulled off successful offerings.

HomeAway, which operates a network of websites that match homeowners with travelers looking for vacation rentals and sales, raised $231 million in a July, 2011 IPO and currently has a market cap in excess of $2 billion.

Real estate search portal Zillow raised $75.7 million in an IPO the same month, and the company is now valued at more than $1 billion.

^Realogy market capitalization based on opening price Thursday, Oct. 11. Market capitlization for all other companies, based on closing prices Wednesday, Oct. 10. ^^As of June 30, 2012, as disclosed in regulatory filings. Since then, Trulia raised $89.3 million after expenses in an IPO that closed Sept. 25. Zillow raised $156.7 million in a secondary offering that closed Sept. 24. Source: Yahoo Finance, Google Finance, and Securities and Exchange Commission filings.