A new real estate technology company backed by Google Ventures, among others, officially made its debut into the fractious world of agent rankings today.

The site launched out of beta today with $1.5 million in funding in hand from Google Ventures (the venture-capital arm of search giant Google), Crosslink Capital, Innovation Endeavors, and several undisclosed angel investors.

The company had been in beta since late last year. 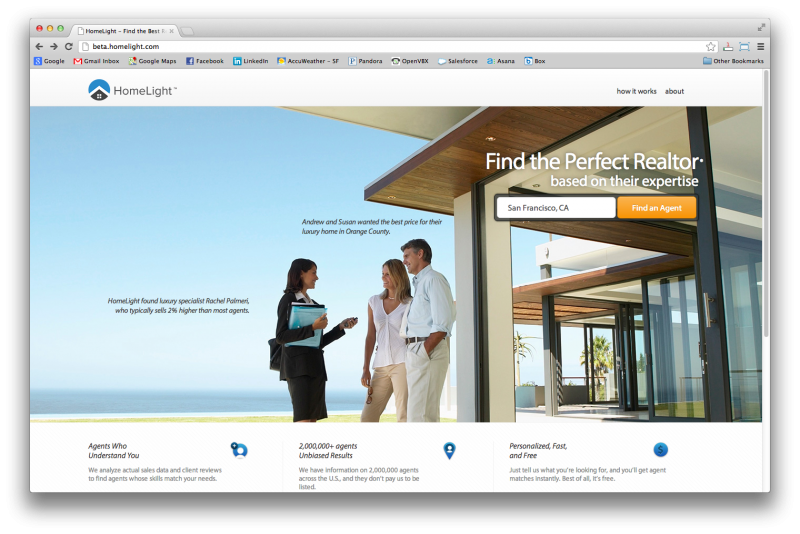 With a few clicks, buyers and sellers on HomeLight get a list of recommended agents and can filter their results by city, neighborhood, property type, price, and whether they are buying or selling. 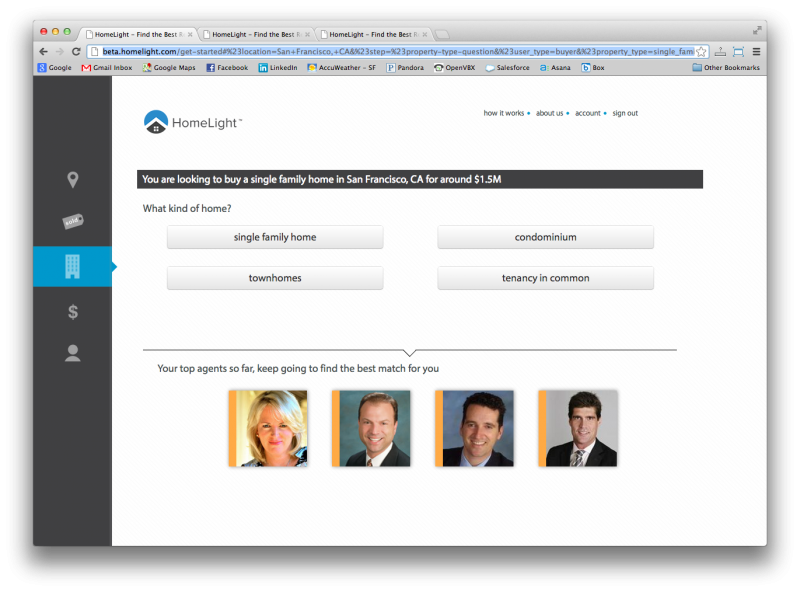 The company’s proprietary algorithm considers historical home sales data from public records, licensing information, and transaction data obtained directly from agents and brokers in its rankings, according to Drew Uher, HomeLight’s CEO and co-founder and a licensed real estate broker.

"Our goal is to match every homebuyer and seller in the U.S. with the most qualified real estate agent in their market, by giving consumers a transparent view to the data so they can make a smarter decision when buying or selling a home," Uher said in a statement.

"I bought my first home a couple of years ago with my wife and we learned that the right agent can make all the difference in the world. When we found that agent he made the whole process smooth and easy," Uher told Inman News.

San Francisco-based HomeLight is a licensed brokerage in 20 states and, as of today, is live in 34 metro areas nationwide, including San Francisco, Los Angeles, Seattle, Denver, Dallas, Houston, Atlanta, Washington, D.C., and Boston. The company has multiple listing service memberships in all 34 metros, Uher said, and verifies all transaction data submitted to HomeLight by real estate professionals.

Listing data only appears when HomeLight has obtained it directly from real estate pros, he said.

Other sites that have attempted to offer consumers agent productivity data have met with opposition.

In April 2010, HAR.com, the public-facing site for the Houston Association of Realtors, rolled out a "Realtor Match" tool that allowed consumers to see which agents had the most transactions and listings in a neighborhood they were interested in. Agents complained, however, and the association was forced to disable that particular feature of the tool after just a few days.

"We are here to be a tool for (agents) to reach a broader client base and to showcase their skills to the world. Some of these past efforts to put agent data online have been malicious or they haven’t had agents’ best interests in mind. We’re out to help both clients and agents," he said.

Uher said he doesn’t think of HomeLight as an agent ratings site.

"I would think of us as a way to connect consumers to (agents). We don’t say this agent is a B-minus or a C-plus; we say here’s the best agent for the following user. These are this agent’s strengths," Uher said.

The agents featured on HomeLight do not pay to show up as top agents. Instead, the company’s business model is based on referrals. Agents pay what Uher described as a "a small referral fee" only if and when a transaction closes with a buyer or seller referred to them by HomeLight. Uher declined to disclose the amount of the referral fee.

HomeLight claims to have transactional data and licensing records (including disciplinary actions) for more than 2 million current real estate licensees in its coverage area — with 450,000 licensees in California alone. Most do not actively practice, and if they haven’t completed any transactions, they do not show up as agent recommendations, Uher said.

Agents can opt out of the site, but so far "no one has complained," he said.

HomeLight is a source of new clients for agents, Uher said.

HomeLight’s referrals are "stickier," he said, because clients believe agents have been picked especially for them "so they are more likely to end up transacting with the agent we introduce them to."

Transaction data on the site tracks back to 2009 and HomeLight tries to update it monthly, though that can vary based on the agent or the market, Uher said. The two most important factors HomeLight’s algorithm considers are location and price, he added.

"If an agent has a lot of experience in your target area and your target price range, that’s the primary driver," he said. 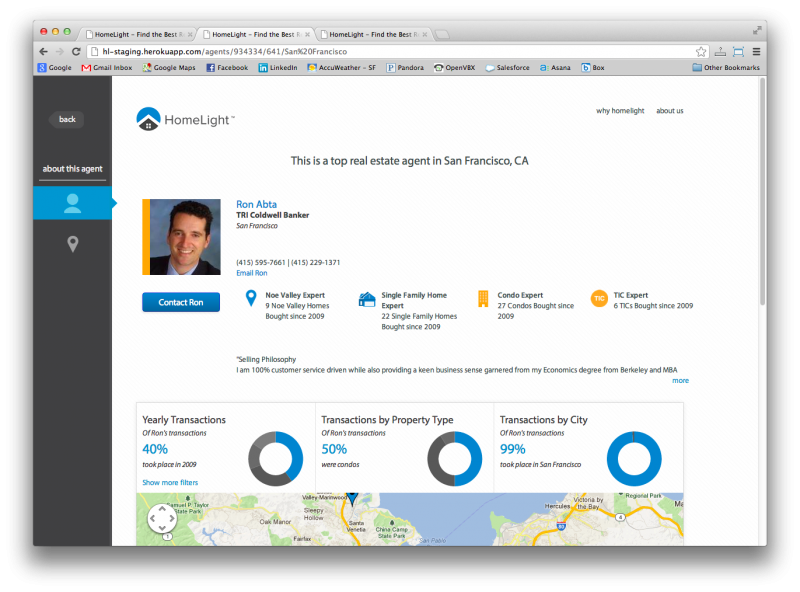 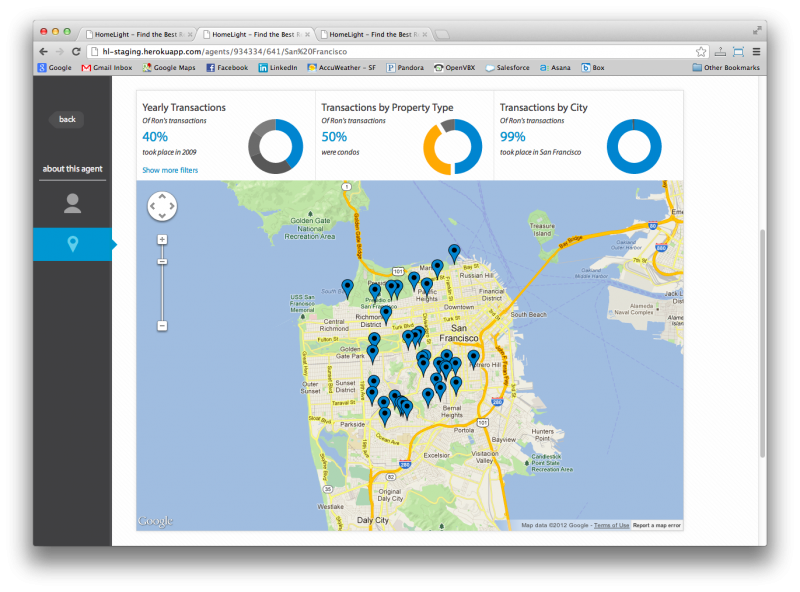 Agents who claim their profiles on the site can provide HomeLight with additional information that may be used to further refine consumers’ needs.

For instance, an agent can list specialties such as working with investors or first-time buyers or highlight their knowledge of a foreign language. For now, consumers can read the profiles of their recommended agents, but HomeLight also plans to incorporate such niche areas into their agent search questionnaire in the future, Uher said.

HomeLight plans to use its new funding to expand to additional markets and drive consumer adoption.