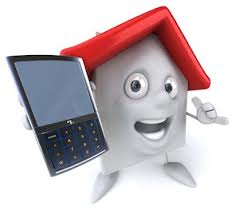 With the three biggest online real estate companies all reporting year-end 2012 earnings this week, I thought it might be interesting to compare the three and see how they stacked up.

Here are the three releases, in case you want to play along:

Right off the bat, I threw out all the numbers relating to monthly traffic. Each of them, predictably, spun the numbers to their advantage, touting either raw numbers, time on site, or growth as the metric that was most important.

The market opportunity in real estate is plenty big and ultimately, I think the better measure is who’s making the most money.

Let’s look at the top line first. Revenue numbers are pretty clear. Move is still the big dog in the room. Though what’s interesting here is that the numbers are still relatively small compared to other verticals like, say, travel. By way of comparison, Expedia booked a hair over $4 billion in revenue over the same period.

Earnings are pretty clear. Move and Zillow are making money. Trulia, on other hand, keeps losing it. For the second year in a row, it’s in the red — though less so than in 2011. So that’s, arguably, good news.

All three, however, predict strong first quarters this year.

The other data points I found interesting were around the portals’ customers (read: real estate professionals). Move, unfortunately, does not break out its numbers, so I had to leave them out of this comparison.

Zillow and Trulia now make the bulk of their revenue from services (leads and/or software sales to agents) rather than display advertising. This is a big change from when they launched several years ago. That being the case, it stands to reason that whatever company agents are voting for most with their wallets is the one that is “winning.”

The figure of “a million plus” Realtors in the U.S. is often thrown around as the potential size of the market for software and services in real estate. But the reality is that, at least as we see it, it’s probably closer to 250,000 potential paying customers. The subscriber totals for both Zillow and Trulia show both of them creeping up to that number.

Even with that theoretical ceiling, though, it means there is still room for growth for both parties.

Also surprising, to me at least, were the average monthly revenue numbers per subscriber that each portal reported. Zillow’s number, for example — $267 a month — is a pretty decent chunk of change. How many brokers can claim to get that out of their agents on a monthly basis?

Finally, it should be noted, all three of the portals touted their prowess in mobile. Clearly this is an area they all will continue to focus on to drive traffic and engagement.

2013 is bound to be a pivotal year for real estate. The momentum swing has taken place. The portals are all well-capitalized, and have money in the bank. The syndication battle is fading into the background. And with at least one of them on their investor call promising a massive advertising push this year, I think the battleground will definitely shift to the consumer front this year.

Anything else you picked up on in the numbers?

Joel Burslem is with 1000watt, a marketing, design and strategy firm focused on real estate.