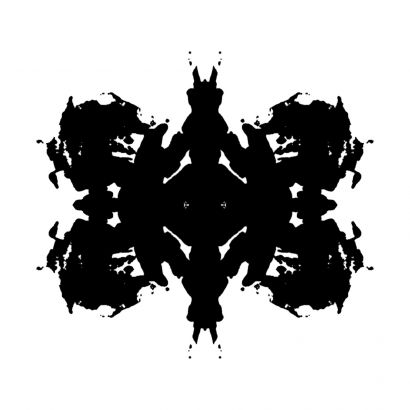 Editor’s note: A previous version of this story inaccurately stated that about 1,000 consumers had signed up for Agent Finder. In fact, the actual number is 116, Agent Finder said.

Several real estate agent-consumer matchmaking websites have sprouted recently as entrepreneurs seek to tap what they apparently believe to be an underserved swath of consumers: buyers and sellers who want to find agents based on detailed criteria.

All of the sites purport to pair agents with buyers or sellers based on compatibility.

But a new startup called Agent Finder seems to take a slightly different tack than some others when it comes to matching consumers with agents. Instead of largely focusing on quantitative data, like home sales records or listing portfolios, it zeroes in on human characteristics.

In fact, Agent Finder aims to do more than just assess personality, which the site’s founder said is often contrived. It seeks to pinpoint behavioral traits too.

Sterling said he knows how to cut through the fat of personality because of his experience hiring and training “thousands” of agents for brokerages around the country during his tenure at Keller Williams Realty.

Agent Finder, which joins agents with consumers in markets all around the country, makes these assessments through a somewhat lengthy questionnaire as well as an interview conducted through Interview Circuit, an interviewing service that Sterling co-founded.

But the evaluation process doesn’t end there.

It also conducts a comprehensive review of publicly available information on agents. Such information could include Yelp reviews, Facebook posts or tweets, he said — anything that offers clues about a person’s modus operandi. Agent Finder also verifies an applicant’s claimed credentials.

Other sites also use such public data to match buyers and sellers, but Agent Finder’s behaviorally-focused evaluation seems to distinguish it from competitors like Google Ventures-backed HomeLight or freshly launched Brokur.com.

But while that aspect of its pairing process could offer special appeal to consumers, Agent Finder doesn’t do much to determine agents’ sales records or their listings to make matches. Such information could be equally important to buyers and sellers.

The site also sticks out from competitors by providing anonymity to agents, which comes at the cost of offering transparency to consumers. It doesn’t create public profiles of them, and it never discloses to either an agent or consumer the basis of a match.

That contrasts with the approach of HomeLight. The referral site has come under fire for importing and posting agents’ multiple listing service data, and the company has removed some MLS data from its site as a result.

So far, Agent Finder has only made 12 matches between consumers and agents since it launched nearly two months ago, according to Sterling. But several of the pairings have already translated into pending transactions, he said. In all, 116 consumers and about 1,200 agents have applied to join the nationwide network, he said.

The site requires an agent to pay a 25 percent commission to Agent Finder if the referral it provides to that agent results in a sale.

Agent Finder’s success may hinge partly on the level of interest among buyers in beginning the home search by seeking out an agent first, not listings.

Marc Davison, a partner at real estate consulting firm 1000Watt Consulting, believes that may set them up for failure. Past studies suggest that buyers tend to put off searching for agents in the home-buying process, he said.

“With over a million Realtors in America and maybe another million agents, it’s pretty easy for anyone to find an agent,” Davison added. “But to find one first — that’s a huge stretch considering the data that supports the opposite.”

At the same time, Agent Finder, like some of its peer sites, also connects agents with sellers, not just buyers. That segment of consumers may find a site like Agent Finder to be a useful alternative to referrals from friends or family, and could potentially provide enough demand for services like Agent Finder to make them viable.

Do agent websites need listing search? [VIDEO]
Back to top
Inman Connect Las Vegas is back and there are only a few presale tickets left! Register today before they're gone.REGISTER×
Inmanpot
Log in
If you created your account with Google or Facebook
Don't have an account?
Create an Account
Forgot your password?
No Problem