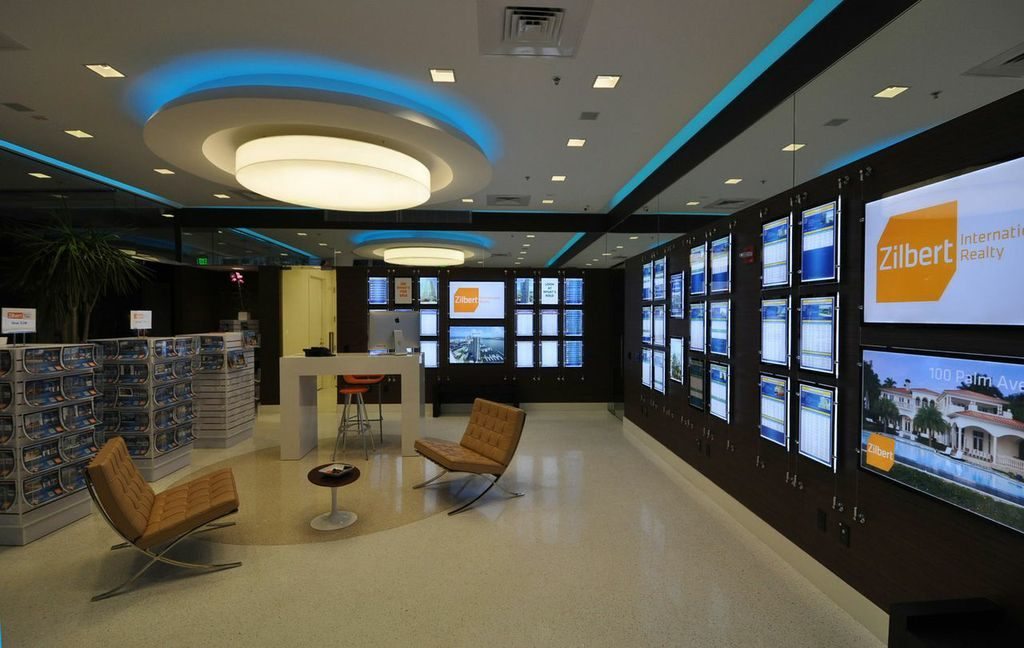 In a time when some brokers question the value of brick-and-mortar offices as technology allows their agents to work in the “cloud,”  one brokerage has decided to go big, and build a real estate retail space at its office.

Zilbert International Realty, a luxury boutique real estate firm in the South Beach neighborhood of Miami Beach, Fla., has flipped the new conventional wisdom on its head by building a 4,000-square-foot flagship office in a tony South Beach retail center.

The brokerage, which primarily represents condo buyers and sellers, is looking to turn real estate into a retail experience. 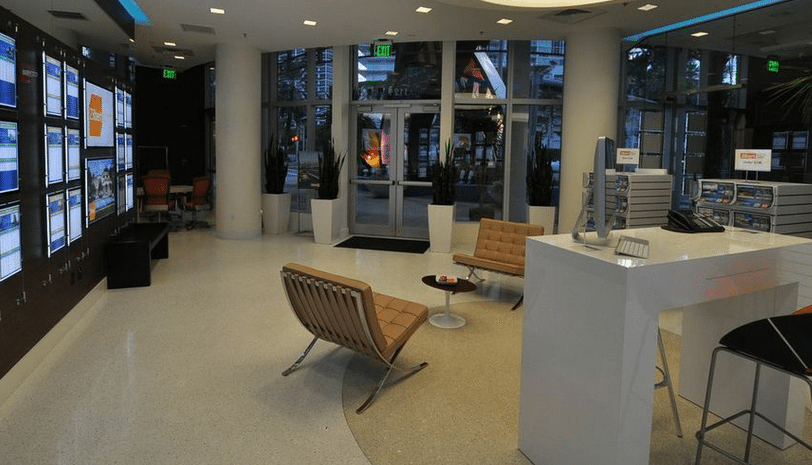 Backlit photographs of active listings line the walls, and several kiosks in the open space hold listing pamphlets. One of Zilbert International Realty’s 30 agents mans a podium, ready to engage walk-in visitors — a role similar to that played by the tech geeks who man the “Genius Bar” at any Apple Store.

The iconic Apple Stores, with their buzzing activity and experts on hand, were actually part of the inspiration for this real estate anomaly, said Mark Zilbert, founder and CEO of Zilbert International Realty. The company “fell into” the setup, and has grown the concept organically, Zilbert said.

“I didn’t want to do a storefront,” Zilbert said, of his mindset two years ago when he was looking to transition out of his 400-square-foot office into a larger, new space for his growing brokerage business, which was 7 years old at the time.

But when Zilbert saw that the last spot in a new retail center in a prime South Beach location was available, he started to mull over an idea.

Looking at the empty, 4,000-square-foot concrete shell — located in a retail center that’s at the end of a bridge that carries traffic from Miami into South Beach — Zilbert saw an opportunity to use it not only as an office, but to take advantage of the retail center location.

“Drivers have to pass the storefront to get to the beach,” Zilbert said. At night, “the entire store glows from the inside out.”

Zilbert said he drew inspiration for the retail store not only from Apple, but from his own company’s website.

The “store” is a physical manifestation of zilbert.com, its walls dominated by images from the website’s listing detail pages.

“We wanted to make (the store) as visual as possible,” Zilbert said.

The store — which is Zilbert International Realty’s only location at the moment —  takes up a little less than half of the 4,000 square feet of available space. The other half is working office space for the firm’s agents.

So far, the office has been a net positive on the firm’s bottom line, Zilbert said. Net profits have increased from the year before, he said, which is the bottom-line measure Zilbert uses to check if his business is on track or not.

Since the store opened on May 1, 2012, Zilbert International Realty has won every listing presentation it has given in the space — about 30 or 40, Zilbert said. To facilitate listing presentations, the store features two glass-enclosed conference rooms outfitted with 55-inch flat-screen TVs, which agents can hook their iPads up to.

Zilbert said the space creates an experience for clients that allows them to “get the best of who we are and what we do.”

Agents are rewarded for manning the store in three-hour shifts with all of the walk-in, website and phone leads the brokerage receives during that time period. As a result, agents are eager to work in the store, Zilbert said.

Zilbert says he has plans to open similar stores in other locations where the brokerage expands.

“We’ll always do this operation wherever we go,” he said.

In the next 24 to 48 months, Zilbert said, the firm is looking to open stores in downtown Miami and possibly Coral Gables and Fort Lauderdale, among other locations.

Would you do a similar store at your brokerage?

On The Mortar Between The Bricks

Brokerage sticks with brick and mortar

Balancing Brick and Mortar and Virtual
Back to top
Only 3 days left to register for Inman Connect Las Vegas before prices go up! Don't miss the premier event for real estate pros.Register Now ×
Limited Time Offer: Get 1 year of Inman Select for $199SUBSCRIBE×
Inmanpot
Log in
If you created your account with Google or Facebook
Don't have an account?
Create an Account
Forgot your password?
No Problem