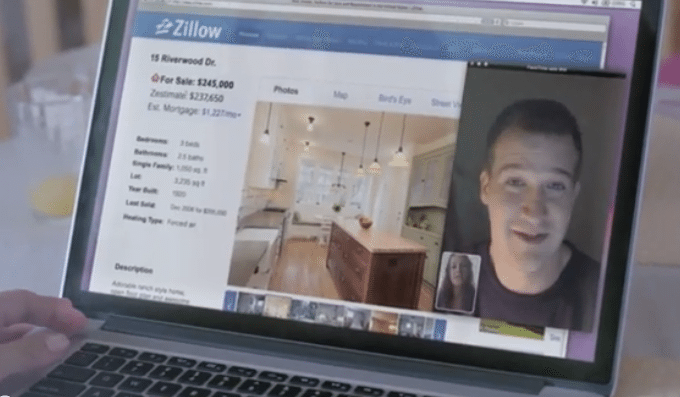 The Seattle-based company said it plans to “step on the (marketing) gas” in 2013. The TV play — along with an increase in online display banner ads — is part of its $20 million to $30 million advertising budget, double what it was in 2012.

The campaign features a spot released last September on ABC Family, HGTV, CNN and Travel Channel and other networks when Zillow “tested” the TV ad waters with an ad featuring a young family searching for their perfect home on Zillow, using a variety of technologies including video chat, Zillow’s iPad app and Bluetooth.

“The process of shopping for a home today is emotional, absorbing, collaborative, and driven by technology and online information,” said Amy Bohutinsky, Zillow’s chief marketing officer, in a statement. “Our ‘Find Your Way Home’ campaign chronicles modern families in ways that most home shoppers can relate — as they search for not just a home, but a place for their life to happen.”