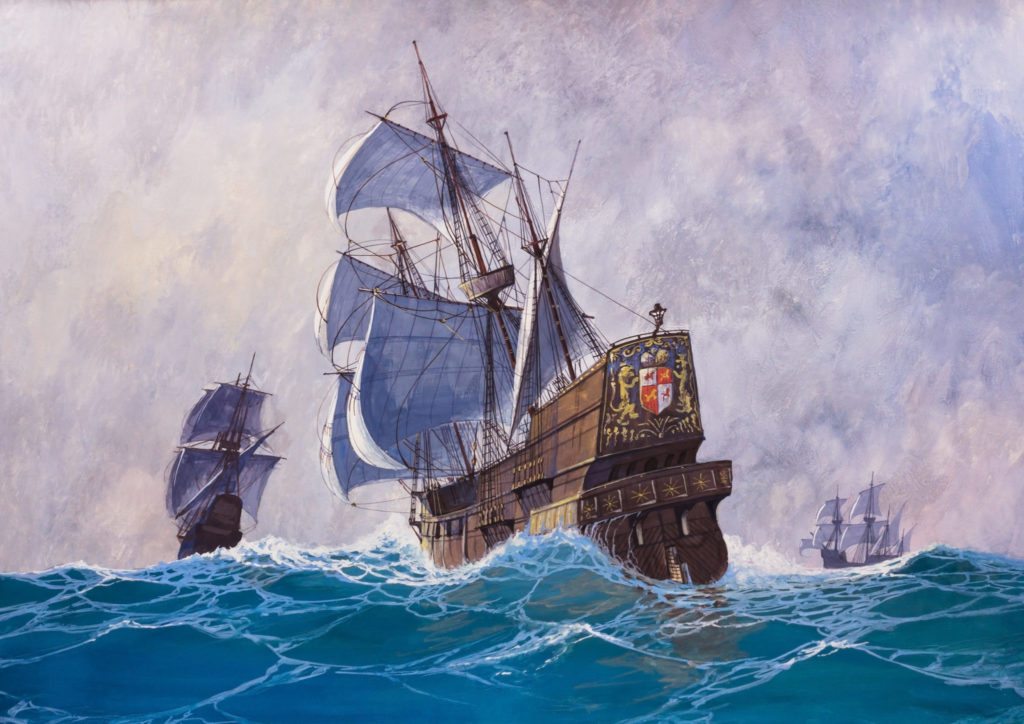 Data pirates, watch out. The real estate industry is coming after you — collectively.

That’s one message a new nonprofit organization created to protect the intellectual property rights of multiple listing services and brokerages wants to convey. Here’s another: It needs members to join the cause.

REDPLAN Inc., which stands for Real Estate Data Protection Legal Association Nonprofit, incorporated in Delaware at the end of June. The 501(c)(6) organization will hold its first board meeting on Tuesday, July 9.

One of REDPLAN’s main goals is to inform those who scrape MLS data without permission, known as “data pirates” or “data scrapers,” that MLSs will enforce their intellectual property rights, Larson said.

“There are dozens of operators that have been stealing data for decades and have been able to stay underground or nearly underground and aren’t afraid of MLSs. There just hasn’t been a national deterrent,” he said.

Thus far, any attempts to stop data pirates have been made on an individual basis with each MLS or brokerage engaging their own local attorneys, even when a scraper has been operating in multiple cities nationwide, Larson said.

Larson envisions REDPLAN as an organization that will allow members to share information and serve as a “central office” for alerts and advisories concerning data theft and misuse. It will also be a legal clearinghouse where the board will decide the most important cases to pursue to best promote the industry’s intellectual property rights and will proactively investigate possible copyright violations, he said.

REDPLAN will target specifically the types of litigation that will protect not just some firms, but the entire industry, Szyfer said.

“Unless there is widespread action against these infringers, there is little incentive for them to stop stealing your intellectual property,” he said.

The harm to MLSs from data pirates is twofold, according to Szyfer.

“They’re diverting sales away from your agents and diverting money from the MLSs,” he said.

The MLS’ reputation is also at stake. “If the information on (a scraper’s site) is wrong, the presumption is it’s coming from you,” he said.

Unlike large data firms like CoreLogic, most MLSs do not have the staff to ensure compliance with intellectual property laws, Larson said.

“Larger MLS organizations have compliance staff and they have some of the skills to dig deeper and … do investigations, to prove there’s a violation. But for the most part, MLSs, associations and brokers do not have the technical staff to do this. They don’t have the time or they don’t have the talents,” he said.

Initially, REDPLAN will have a small staff, including a full-time administrator to be hired sometime next year and founding board member and attorney Claude Szyfer. Clareity’s chief technologist, Matt Cohen, will coordinate investigations into possible violations.

Szyfer will be on hand at least partially to combat any allegations of antitrust, Larson said.

“Anytime real estate organizations and brokers and franchisors get together behind something there is the potential for somebody to scream antitrust. There (is) still a lot of existing law that intellectual property owners have every right to get together and collectively protect their intellectual property, as has the music industry and the software industry,” Larson said.

“Any industry group like this should have an antitrust guy around to make sure they’re not going too far, not doing anything too crazy.”

REDPLAN will coordinate and help fund lawsuits, but it will not be suing data pirates itself because it does not own the data, Larson said. Members will sue with REDPLAN’s help, he said.

Via its standing as an association, REDPLAN could also help class-action lawsuits take hold so that MLSs, brokerages and other companies do not have to “fight for the protection of their intellectual property rights through individualized, and inefficient, isolated litigation,” the organization said on its website.

The idea of forming an MLS copyright enforcement group came up last fall at the Council of Multiple Listing Services’ annual conference. Two attorneys, one of them a legal services exec at the American Society of Composers, Authors and Publishers (ASCAP), suggested MLSs take a cue from the music industry and form a group to collectively enforce copyright rights, spread the risk and cost of litigation, and develop a coordinated strategy to combat piracy and shape laws in their favor.

John Mosey, NorthstarMLS’ CEO, said he was asked to be a founding board member for REDPLAN because he has been a long-term advocate of defending the intellectual property rights of MLS stakeholders.

“This isn’t a NeighborCity thing for me; albeit, I can see actors in our industry such as NeighborCity becoming the object of REDPLAN’s attention,” he said.

“The list of characters who help themselves to that which doesn’t belong to them is long and tawdry. Perhaps, it is the arrogance of their self-justification that offends as much as the actual acts of thievery. Regardless, all that is necessary for bad guys to get away with bad things is for the good guys to do nothing (to paraphrase someone more pithy than me).”

Founding board member Jay Gaskill of Real Estate Digital said that as an MLS data aggregator, his company competes against data scrapers all the time.

“There’s people out there that scrape and get MLS data under a different auspice and create derivative works,” he said. “You’ve got to follow the rules.”

While in the very long term, Gaskill anticipates REDPLAN’s efforts could make for a more level playing field for his company in the marketplace, he said he joined the organization primarily because he sees it as a benefit to his clients.

“As a vendor in the industry — one that takes the intellectual property rights of our real estate broker clients and MLS clients seriously — anything that would help that cause we’re going to support,” he said.

He made sure to note that REDPLAN is not affiliated at all from a commercial point of view with his company, RED.

REDPLAN leaders say one of the organization’s aims it to collaborate on best practices for protecting intellectual property in the industry.

“We’re the guys in the white hats trying to educate and inform people about their intellectual property and in this case work together to defend it,” Larson said.

He anticipates that members and their attorneys will share language for licensing agreements, for instance, and provide information on how to best copyright MLS data in their jurisdiction and ensure they have the rights to the content, such as photographs, entered into the MLS.

“A lot of (MLSs) don’t know how to register copyright … so they’re underprotected or not protected at all,” Larson said.

Clareity has been involved with intellectual property rights since 1996, Larson said.

“We’ve got a lot of history with this stuff and we’ve watched a number of clients over the years spend millions and millions of dollars in legal fees. We have a pretty strong opinion on this,” he said.

“There’s always new technology that comes out. Part of keeping up with technology (means you) have to continue to protect IP rights,” he added.

And just as the industry’s technology has advanced, so has that of scrapers. “Any 14-year-old kid can go out and scrape,” Larson said.

REDPLAN is currently recruiting additional board members and reviewing nominations. The permanent board will eventually have between 11 and 13 members with seats reserved for a local or state association executive, three MLS executives, three industry vendors, a consultant, and three to five large brokers or franchisors.

The company also hopes to recruit thousands of members that represent the entire industry. Applications can be submitted through the company’s members-only association management platform: redplan.wildapricot.org.

REDPLAN also offers a maximum of three “Class A” memberships for national associations or technology companies that guarantee a board seat for $200,000.

All other board members are volunteers and will pay the usual membership fees according to their organization’s size, Larson said. Any interested in applying or submitting board member nominations should get in touch with him, he said.

The board is looking for incoming board members who are smart, passionate for the cause, and who will make a difference, Larson said.

Instanet’s Martin Scrocchi did not return a request for comment by publication time.

Instanet has had its own experience with copyright litigation.

Instanet countersued, alleging Form Simplicity was based on software code and other confidential information from Instanet’s own transaction management platforms. The companies settled the suit in May 2012 with each side paying its own costs and attorneys’ fees.

NeighborCity hit with MLS copyright lawsuits
Back to top
Only 3 days left to register for Inman Connect Las Vegas before prices go up! Don't miss the premier event for real estate pros.Register Now ×
Limited Time Offer: Get 1 year of Inman Select for $199SUBSCRIBE×
Inmanpot
Log in
If you created your account with Google or Facebook
Don't have an account?
Create an Account
Forgot your password?
No Problem