Realtor.com operator Move Inc. today reported second-quarter revenue was up 17 percent from a year ago to $57.5 million — the biggest quarterly year-over-year growth since 2006 and the seventh straight quarter of quarter-to-quarter growth.

Move upped its revenue growth projection for 2013. The company now expects revenue to grow by 14 percent this year, to between $227 million and $228 million, with about $58 million in revenue projected for the end of the third quarter.

“The second quarter was a strong quarter for Move, with both consumer advertising revenue and software and services revenue growing well, resulting in our seventh straight quarter of sequential revenue growth,” Move CEO Steve Berkowitz said in a statement.

“We are very excited about our continued growth and believe we are in a great position to capitalize on the healthy market opportunity in front of us.”

Modifications to the realtor.com operating agreement approved last week by the National Association of Realtors means “realtor.com can continue to expand its audience to reach more consumers before, during, and after the homebuying process,” Berkowitz said.

“Realtor.com is the only brand that serves the consumer in both the online and offline world,” he added, noting that “the Internet is not going to disintermediate Realtors” but rather streamline the homebuying process for both Realtors and consumers.

Berkowitz said the company would be “doing much more to raise awareness of the realtor.com brand” and the modified agreement with NAR represents a “strong alliance with the real estate industry.”

As a result of the agreement, realtor.com’s content will expand more rapidly, starting with new homes, including about 55,000 models and floor plans and about 6,000 communities, Berkowitz said.

In an earnings call, Move Chief Financial Officer Rachel Glaser said Move started to invest in more rental content for the site at the beginning of the year, but will pursue that content “with vigor” now that the agreement allows unlisted rentals. About 80 percent of rentals — those with between two and 20 units — were not allowed on the site before.

“Our first and main priority will be attracting a rentals audience since we know audience precedes revenue growth,” she added.

Berkowitz said the company would elaborate more on plans for revenue from rentals later in the year and into early 2014.

Changes to the realtor.com operating agreement had prompted concerns from some Realtors regarding the site’s accuracy.

“We’re going to be (incorporating rentals) in a systematic way,” Berkowitz said, because the company wants to “focus on attribution back to the source. We’ll be looking at different ways to identify the accuracy.”

Move expects the recovering housing market and improving listing inventories will help its bottom line by encouraging more real estate professionals to “rise above the noise” through the company’s products and making its “Find It First” marketing campaign resonate with consumers.

Glaser said Move generates much higher revenue and profit per page view than any of its competitors.

“Specifically, our revenue per 1,000 page views in Q2 was $41. That’s a full 50 percent higher than the next nearest competitor,” she said.

Revenue for the company’s “Connection for co-brokerage” advertising product rose 134 percent year over year, she said. Starting next week, the company plans to roll out new pricing for its ad products.

Average monthly unique users grew 18 percent on an annual basis, to nearly 29 million. While consumer advertising revenue was up 8 percent, to $44.6 million, revenue from software and services rose 57 percent — even higher than a 46 percent jump in the first quarter — to $12.9 million.

Earlier this year, Berkowitz said the company’s acquisitions and other moves would help set the company up for double-digit revenue growth this year.

Move started off 2013 by purchasing a housing-trends newsletter produced by eFrogPond Inc. and in May, Move announced it had acquired Doorsteps, a platform that walks consumers and their agents through the homebuying process together. Financial terms of the deal were not disclosed.

The acquisitions allow Move to “serve the entire value chain from content to connection to close,” Berkowitz said in today’s earnings call.

Ian Corydon, a senior analyst and director of research at investment bank B. Riley & Co., said Move’s second quarter “was a nice beat all around” with revenues and EBITDA coming in higher than expected. It was “a bit disappointing,” however, that the company lowered its “margin guidance,” or expectations for profitability, to adjusted EBITDA of between 12 and 13 percent for the year, down from 14 percent.

“EBITDA is used in the investment community as a proxy for cash flow. Both revenue and margins are important. However, sometimes companies sacrifice margins in the short term in order to make investments that will pay off in the longer term with better revenue growth and future profitability,” Corydon said.

“If Wall Street believes these investments will pay off, they will sometimes give the company the benefit of the doubt. We will find out when the stock trades tomorrow.” 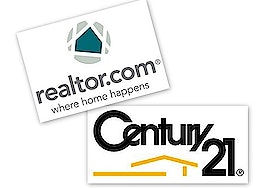 All boats rising on tide of Trulia results
Back to top
Only 3 days left to register for Inman Connect Las Vegas before prices go up! Don't miss the premier event for real estate pros.Register Now ×
Limited Time Offer: Get 1 year of Inman Select for $199SUBSCRIBE×
Inmanpot
Log in
If you created your account with Google or Facebook
Don't have an account?
Create an Account
Forgot your password?
No Problem