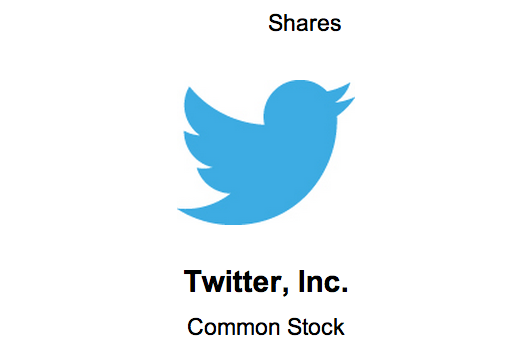 Twitter’s first public filing with regulators in connection with a planned public offering sheds light on the structure, growth and revenue of the company behind one of the most popular new media marketing tools for real estate agents.

Though it has its skeptics in real estate circles, Twitter has grown to be an increasingly popular tool among agents and brokers. The platform is central to “social search,” a marketing strategy that many real estate professionals implement on Twitter by searching by hashtag and location to pinpoint leads.

Users are able to successfully find tweets based on location largely due to Twitter’s popularity on mobile devices.

Twitter’s prospectus for an initial public offering highlighted that strength, showing that 75 percent of Twitter users accessed the service through mobile devices in the second quarter, up from 66 percent the year before. Mobile ads generated 65 percent of Twitter’s revenue, according to the filing.

Though its mobile prowess is sure to please investors, they may be less enthralled by the company upon learning that it’s not profitable and has been consistently losing money.

Twitter disclosed that while the company more than doubled second-quarter revenue from a year ago, to $254 million, the company still posted a net loss of $69 million, up from $48 million a year before.

The filing showed that the company is investing heavily in growth. Expenses clocked in at $316 million in the first half of 2013, up from $169 million during the same period of 2012, as the company invested heavily in research and development (R&D) and sales and marketing.

Twitter said in the filing that it may use some of the money that it raises through the IPO to purchase “businesses, products, services or technologies,” but that besides its proposed acquisition of MoPub, an ad servicing product for mobile publishers, it doesn’t currently have “agreements or commitments for any material acquisitions.”

The company added that it could not offer “with certainty the particular uses of the net proceeds” of the IPO, and as a result, would have “broad discretion” in determining how to use them.

Twitter’s move to make the form public suggests that it may soon embark on a road show to whet investors’ appetite for stock in the company. Businesses that keep their IPO filings confidential under a new rule part of the Jumpstart Our Business Startups Act (JOBS Act), as Twitter did, must release the forms at least three weeks before launching such campaigns.

Trulia is another company that took advantage of the new JOBS Act rule to go public. The listing site has said that it gave the company breathing space to time its offering between the Facebook IPO and the U.S. presidential election.

Twitter’s audience has exploded to a claimed 218 million average monthly users since its founding in 2007. As a result, many marketing applications used by agents offer features designed to make it easier for agents to brand themselves on the social media platform.

Some agents question the business value of Twitter. Acquiring the number of followers on the social platform required to generate meaningful influence or leads is challenging and more trouble than it’s worth, critics say.

But others, including industry leaders like Better Homes and Gardens CEO Sherry Chris, say that it’s vital for real estate professionals to embrace Twitter because the service has become firmly entrenched in today’s digital landscape.

“What I say to them is that, ‘You do, you need to make sure that you’re ahead of the latest trends,’ ” Chris told Inman News at this summer’s Real Estate Connect. “Your current flow of business is not going to continue over an extended period of time without making sure you’re able to stay in contact with your consumers … using the tools that they use today.”

It was on Twitter, after all, that netizens began to use hashtags, a staple of social search strategy, to categorize social content.

Agents may hone in on people in certain geographic areas or topics of interest by searching specific hashtags. They may also use Twitter to configure a search feed that surfaces only tweets sent from a specific location.

“The  location-based search — it’s the holy grail for the agent trying to figure out, ‘How do I use this in a business generation way?’ ” said Gahlord Dewald, Inman News columnist and president and “janitor” of Thoughtfaucet. “You can do things like search anyone who says condo that is within 20 kilometers of where I live, and they’ll return everybody that’s talking about that.”

“Facebook is certainly trying to emulate that powerful side that Twitter offers,” added Monroe about the platform’s social search potential.

Twitter users may build their “followers,” people who choose to see another user’s tweets, organically by sending out messages that link to content, and can be reshared by other users.

They may also use three advertising products to brand themselves on the platform: Promoted Accounts, Promoted Tweets and Promoted Trends.

The advertising options also cause tweets or account handles to appear elsewhere on Twitter. For example, promoted tweets may appear in users’ news feeds, while promoted accounts may surface in users’ “who to follow” widgets.

Earlier this year, Twitter made it possible for companies and professionals to manage advertising campaigns from inside marketing platforms offered by firms like Salesforce and HootSuite by releasing application programming interfaces (APIs) for its advertising products.

The APIs enable users of marketing platforms to perform tasks like setting budgets and schedules, and geotargeting preferences for campaigns.

When Twitter released its APIs, it was the only other social media site besides Facebook and LinkedIn to offer advertising APIs that allow marketers to “create, manage and optimize” ads, Michael Lazerow, chief marketing officer of Salesforce Marketing Cloud, wrote at the time.

At the time of the APIs’ release, the third advertising product that Twitter offers, Promoted Trends, still remained accessible only on Twitter. Promoted Trends enables a company to surface its brand in the form of a hashtag on Twitter users’ trend sidebars.

The company has said that it continually updates “The Top 99 Realtors on Twitter” to recognize agents who have earned more clout on the microblogging site, and remove those who have become less active. 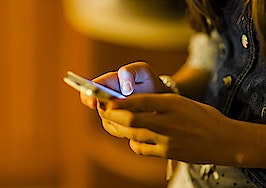 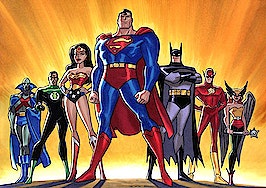 How the customer relationship has changed in the social era [VIDEO]
Back to top
Only 3 days left to register for Inman Connect Las Vegas before prices go up! Don't miss the premier event for real estate pros.Register Now ×
Limited Time Offer: Get 1 year of Inman Select for $199SUBSCRIBE×
Inmanpot
Log in
If you created your account with Google or Facebook
Don't have an account?
Create an Account
Forgot your password?
No Problem