Urban Compass, a 5-month-old startup that’s raised $33 million to date, is building on experience gained as a New York City rental search site to expand into home sales in that market.

Co-founder Ori Allon tells Business Insider that $25 million in recent funding will help the company double its staff to 200 within the next year, and launch a new city guide, “Urban Compass Network,” in the next few months. The company will then look to expand services to a second city, perhaps San Francisco, Allon told Business Insider.

Urban Compass follows in the vein of Redfin, providing technology to agents and consumers that it says improves the home-searching process, and it pays its agents salaries and bonuses based on customer satisfaction.

Among other services that it says distinguish it from traditional brokerages, Urban Compass lets consumers schedule apartment visits. The company supplies its agents — which it has branded “neighborhood specialists” — with a mobile app that “has every single detail that you need,” Gordon Golub, chief residential real estate officer at Urban Compass, previously told Inman News.

Urban Compass last week closed a $20 million funding round that valued the company at $150 million, Bloomberg News reported, citing an anonymous source “with knowledge of the terms” of the deal.

According to Business Insider, the company then raised an additional $5 million on the same terms. The $25 million in recent funding is on top of the $8 million that Urban Compass raised before its launch.

Although the Urban Compass website still proclaims that it’s in “beta,” its founders aren’t exactly neophytes.

Allon sold his first business to Google and his second to Twitter, while co-founder and CEO Robert Reffkin is a former White House fellow and Goldman Sachs alum. 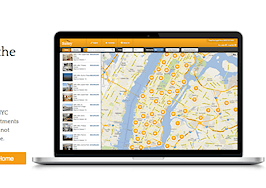 NYC listing site StreetEasy sees changes under Zillow ownership
Back to top
Only 3 days left to register for Inman Connect Las Vegas before prices go up! Don't miss the premier event for real estate pros.Register Now ×
Limited Time Offer: Get 1 year of Inman Select for $199SUBSCRIBE×
Inmanpot
Log in
If you created your account with Google or Facebook
Don't have an account?
Create an Account
Forgot your password?
No Problem