A Detroit-based real estate startup says it can help agents stand out from their competitors with social media-authenticated client reviews.

Stik hopes to differentiate itself from other agent review sites and services by requiring that all reviewers authenticate themselves using their Facebook or LinkedIn accounts. Stik also provides Facebook, WordPress and email plug-ins that link reviews to those platforms, said Stik co-founder and CEO Nathan Labenz.

After signing up with Stik by giving the platform access to their Facebook or LinkedIn profiles, users can search for and rate (using a five-star system) and write reviews of agents. The reviews will feature the users’ Facebook or LinkedIn profile and allow other users to contact them through either social media platform if they want to find out more about the review. 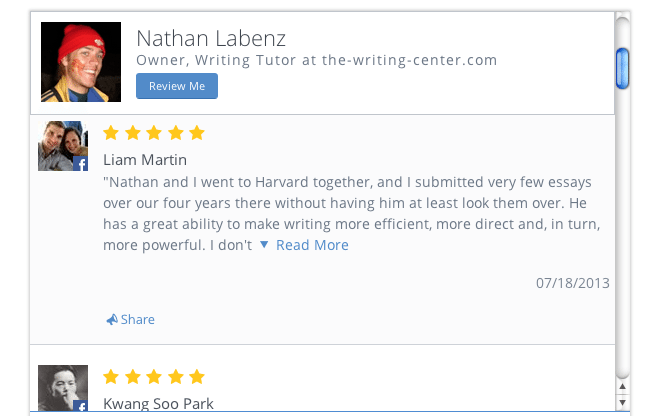 Agents who engage the service, which starts at $29 per month, get a Stik profile and access to the firm’s widgets, which can be deployed on their personal or business Facebook pages, their WordPress website or in their email signature. A free version of the service gets users a Stik profile, but not access to the widgets.

More expensive packages offer Stik users a service that handles review requests and a system that notifies them when a new review for them shows up on the Web.

SocialBios, which realtor.com operator Move Inc. bought in 2011, offers agents a similar product — currently in beta and free — that shows consumers how they’re connected to an agent via social media and makes it easy for agents to distribute a realtor.com review over Facebook, Twitter, Foursquare and Google Plus.

Labenz and his Stik co-founder, Jay Gierak, were classmates at Harvard University. They founded the firm in 2011 in San Francisco but moved the company to their hometown of Detroit, thinking they’d have a better chance of hiring and retaining quality employees who weren’t itching to start their own companies, a goal of many Bay Area tech workers.

Stik raised $2.5 million in March to continue developing its product. But it remains to be seen if the company can gain traction among its largest segment of users — real estate agents and mortgage bankers — and a target audience that already lives in a forest of online review sites.

The challenge, Labenz said, is getting people to use the platform. But, by drilling the message into prospective reviewers that their takes are critical for a healthy industry and a service to future customers, Labenz thinks that Stik has a chance to take hold.

Stik says the authentication feature is what sets Stik apart from some review sites that leave agents and consumers alike wondering about the validity of reviews.

The site doesn’t restrict reviews to an agent’s clients. “We push people to write about the specific details of their transactions, but we also accept reviews past colleagues, referral partners, etc.,” Labenz said.

“In short, while client reviews are most valuable, we believe that others also have a valuable (and) informative perspective (assuming, of course, that you know who they really are!),” he said.

Consumers may doubt the trustworthiness of agent ratings sites and services that allow agents to pick and choose which reviews to make public, because they may be tempted to filter out unfavorable reviews. If agent review sites can’t verify that a reviewer is who they say they are, or that they have worked with the agent they are reviewing, agents may be able to generate fake testimonials lauding their services.

Agents also have legitimate concerns that they may be unfairly tarred by bogus reviews by people who have never worked with them, or by disgruntled clients who paint a distorted picture of their experience with an agent.

But consumers can expect to find some form of agent ratings and reviews on all of the big listing portals, and many brokerage and franchise websites.

Zillow has allowed consumers to post unfiltered agent reviews on the site since 2010. Consumers are only supposed to rate agents they have worked with. Although agents may not take down a review they don’t like, they can flag it for Zillow to moderate. If Zillow decides a review is unfounded, it can remove it from the site. Agents can also delete their Zillow profiles, eliminating the review and their presence on the site altogether.

Trulia launched an agent recommendation system in 2011 that incorporates endorsements from Facebook friends, and in July realtor.com began allowing agents to add client recommendations, to their Find-a-Realtor profiles based on surveys collected by RealSatisfied.

Another solution is a survey-based agent rating service provided by San Diego-based Quality Service Certification Inc. QSC sends customer satisfaction surveys only to verified clients of participating brokerages and agents, ensuring that only those buyers and sellers who have actually completed a transaction with an agent are allowed to rate that agent.

In March, the National Association of Realtors launched a pilot program in which its partnering with state and local Realtor associations that want to offer their members the ability to participate in QSC’s survey-based agent rating service.

Coldwell Banker Bain Seal, a brokerage with more than 1,000 agents in 30 offices in Washington and Oregon, also employs a third-party company, Listen360, to survey clients its agents work with, and publishes all of the responses on the company’s website.

Other brokerage websites that allow consumers to rate agents they’ve worked with include Redfin, ZipRealty, NeighborCity.com, AgentAquarium.com and FranklyMLS.com.

Redfin and HAR.com, the public-facing website of the Houston Association of Realtors, briefly experimented with providing access to MLS data that allowed consumers to see which agents have the most listings and closings. HAR.com shut down its experiment because of protests by members, and Redfin cited concerns about inaccuracies in MLS data. HAR.com and Redfin still offer agent ratings.

Neighborcity.com has been hit with lawsuits over its use of MLS data, and agent rating systems were on a long list of grievances about MLS practices recently made public by brokerages belonging to The Realty Alliance.

While Stik at least knows that its reviewers have Facebook and LinkedIn profiles, it’s possible to create fake accounts on those sites. And Stik doesn’t know if someone who’s reviewing an agent has actually worked with them.

However, Stik notes that any person who suspects a fake review can contact the reviewer through their Facebook or LinkedIn profile — whichever they used to verify their review — directly from the review itself.

And if an agent or another user suspects that a review is false, they can flag it as spam and note any specific concerns they have, Labenz said. The Stik team will then review the cases and remove profane or off-topic reviews, he said.

However, “negative but informative reviews will stand on their merits,” Labenz said. 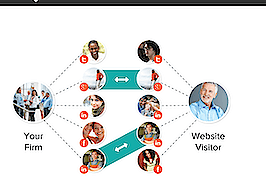 Trufl surfaces social connections prospects share with agents
Back to top
Only 3 days left to register for Inman Connect Las Vegas before prices go up! Don't miss the premier event for real estate pros.Register Now ×
Limited Time Offer: Get 1 year of Inman Select for $199SUBSCRIBE×
Inmanpot
Log in
If you created your account with Google or Facebook
Don't have an account?
Create an Account
Forgot your password?
No Problem