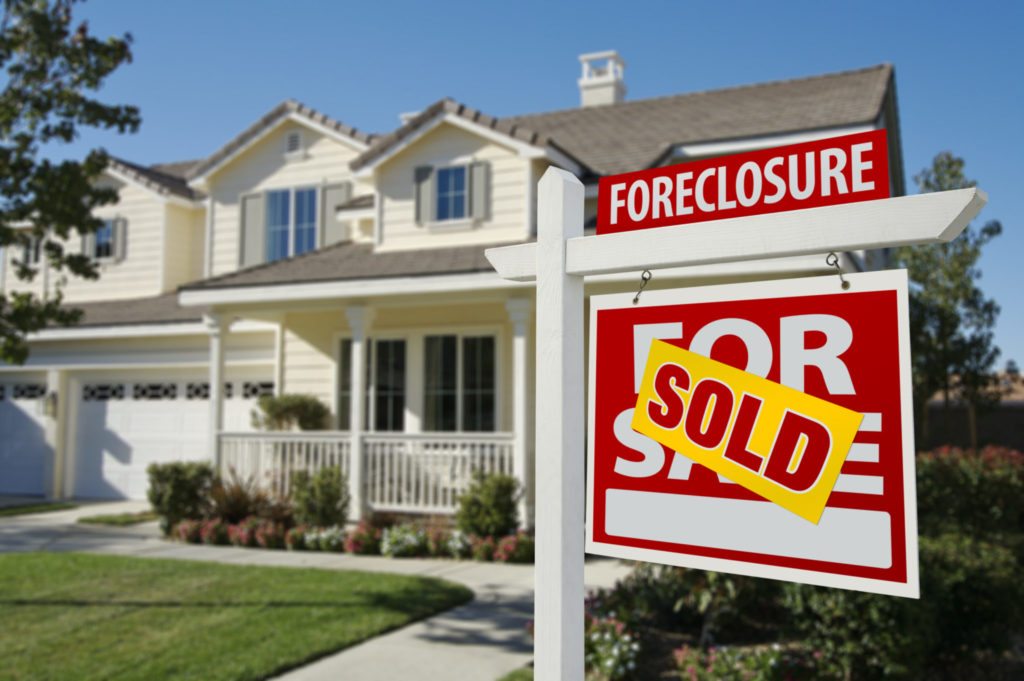 Foreclosure backlogs continue to ease in states where courts handle the process as the number of properties headed to the auction block climbed for the 16th month in a row in October, according to the latest report from foreclosure data aggregator RealtyTrac.

Overall U.S. foreclosure activity — filings of default notices, scheduled auctions and bank repossessions — rose 2 percent from September to October, but was down 28 percent year over year. Filings came in on 133,919 U.S. properties, or 1 in every 978 units. Florida, Nevada, Maryland, Ohio and Illinois posted the nation’s highest foreclosure rates among states.

“The backlog of delayed judicial foreclosures continues to make its way through the pipeline, with many of these properties now being scheduled for the public auction after starting the foreclosure process last year or earlier this year,” said Daren Blomquist, vice president at RealtyTrac, in a statement.

“Lenders are likely moving these properties more rapidly to the public auction given that there is strong demand from institutional buy-to-rent investors at the auction and that rising home prices mean more of the loan losses can be recouped, either by selling to an investor at the auction or by repossessing the property and reselling as bank owned.” 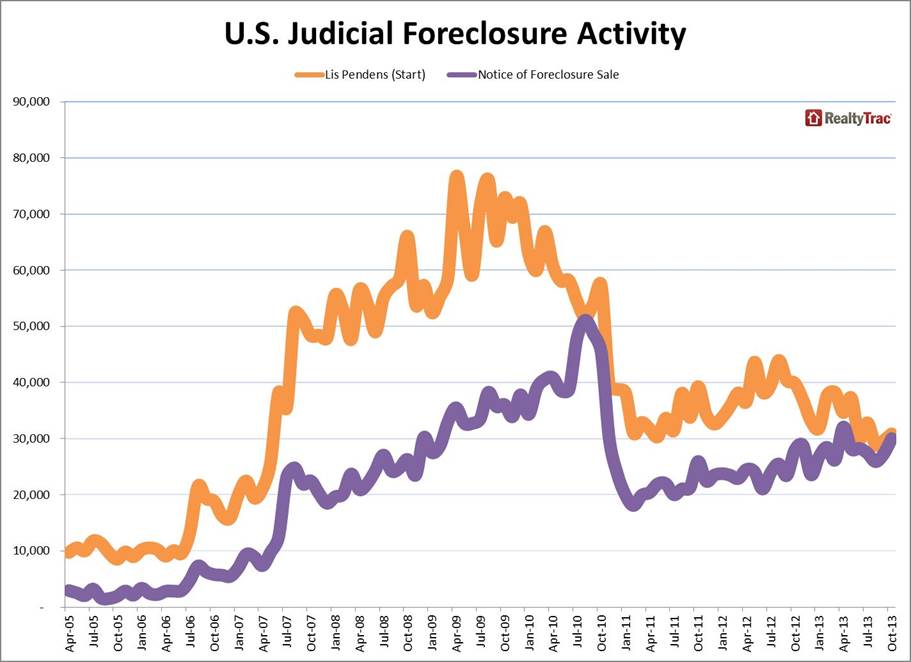 Foreclosure starts rose on a monthly basis for the second month in a row in October, by 2 percent, but fell for the 15th straight month on an annual basis, down 34 percent, to 58,939.

Bank repossessions, also known as REOs, fell year over year for the 11th straight month, down 29 percent to 37,775. REOs also fell from the previous month, by 1 percent. Fifteen states saw increases in REOs last month, including Oklahoma (up 59 percent), Maryland (up 54 percent), Virginia (up 47 percent), Ohio (up 30 percent), and Washington (up 30 percent), RealtyTrac said. 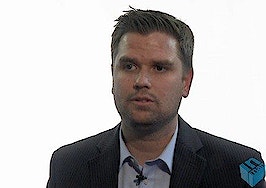 Foreclosures to 'cast a long shadow' in judicial states
Back to top
Thousands of real estate pros joined us virtually yesterday for Connect Now and you can access the replays with a 2022 bundle.Access Now×
Agent Appreciation Sale: Inman Select for only $85.CLAIM OFFER×
Inmanpot
Log in
If you created your account with Google or Facebook
Don't have an account?
Create an Account
Forgot your password?
No Problem