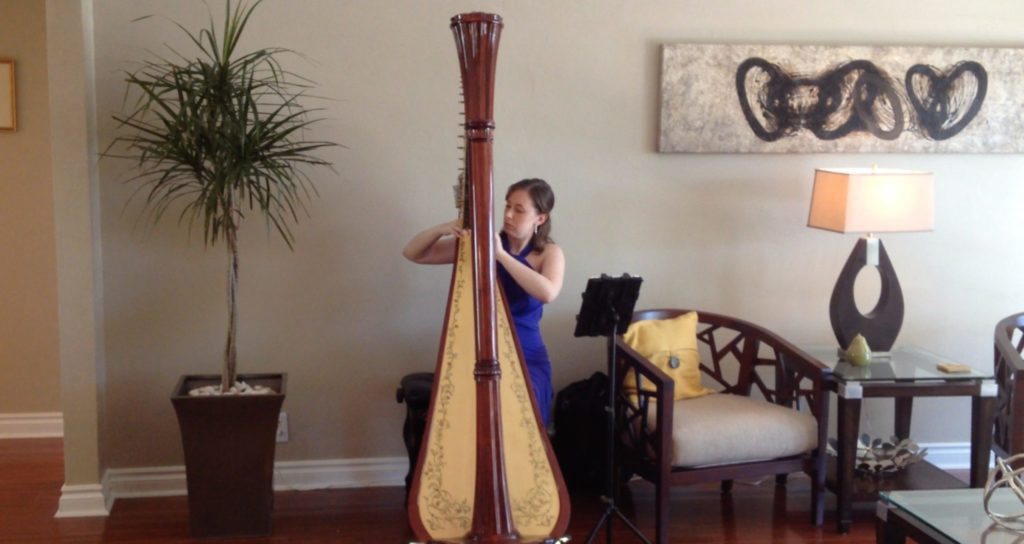 Normally, you know you’ve put on a successful open house when you hear from attendees shortly after the event. Michelle Real and James Doran received additional validation: job offers.

The husband-and-wife duo and owners of the The Real Team Coldwell Banker recently made a splash in the Fort Lauderdale, Fla., real estate community by hosting a carefully conceived broker open house engineered to soothe and nourish agents before jettisoning them back into the hustle.

Held to showcase a $1.295 million waterfront home, the event featured a harpist, gelato and Starbucks gift cards, helping to kindle buzz, said Doran, who won the latest #madREskillz contest with his wife.

“People emailed us back and were like, ‘A harpist? What are you talking about?’ And we said, ‘You’ll just have to come and see.’ ”

And they did. Dozens of brokers turned out to visit the home, according to Doran. Playing for 2 1/2 hours, the harpist initially plucked the likes of Chopin and Mozart. But at the urging of attendees, she later played music from classic rock artist Journey and even pop artist Celine Dion.

The couple also catered the event with gelato from a local retailer. Then, to help “revive” agents, they handed out $5 Starbucks gift cards to attendees on their way out. In total, Doran estimates the event cost a little under $600: $100 for gelato, $175 for the harpist, $200 for Starbucks gift cards, and under $100 for promoted tweets and Facebook posts plugging the event.

In their minds, the investment paid off. It attracted between 40 and 50 attendees, they said. According to the couple, one attendee ran off to bring back a buyer to see the home before the open house even ended. Other agents who attended have subsequently shown their clients the home, they said. The home has even received an offer from a buyer working with an agent who showed up at the open house.

“Typically you have to call the agents and say, ‘Did you like the home?’ ” Doran said. “But within a day we had people calling us, emailing, texting, saying, ‘Thank you so much for inviting me, please let me know when you’re going to have another broker’s open.’ ”

The open house even generated job offers from Re/Max and Keller Williams-affiliated brokers, according to Doran. The pair politely declined both of them, he said.

The event was a hit for two reasons, Doran speculates. First, it appealed to the appetites of the oft-opportunistic agents who are part of Fort Lauderdale’s agent community.

“Brokers down here are kind of like sharks following the tuna: Wherever there’s a good catered meal, they’ll show up,” Doran said.

Second, he said it helped alleviate stress, something that many agents often find challenging to escape.

Editor’s note: This article has been corrected to note that The Real Team gave out Starbucks gift cards worth $5 each, not $25 each.