U.S. teens may be drifting away from Facebook, but real estate agents are not. Hordes of them embraced the social media giant as a marketing tool in 2013, following a 2012 decision by the National Association of Realtors to let multiple listing services decide whether to allow the display of listing information on social media platforms.

Jacksonville, Fla.-based N-Play, which claims to be the leading provider of real estate applications on Facebook, estimates that 1 million real estate agents are active on the social networking site. One in 4 agents in that group — 250,000 — have signed up to use N-Play’s Facebook registry, Real Estate Agent Directory, a 90 percent increase from a year ago, the company says.

In a recent survey of 2,000 members of N-Play’s directory, 68 percent of respondents said they focused more of their marketing efforts on Facebook this year, N-play said.

“The Directory’s swift growth has been fueled by agent migration from traditional websites to social media,” said Mark Bloomfield, CEO of N-Play, a shift that’s been accelerated by the high costs and declining ROI of Web marketing.

Launched in the fourth quarter of 2011, N-Play’s directory allows consumers and real estate professionals to search for agents based on location and expertise. N-Play offers a range of other Facebook services, including one that helps agents advertise both themselves and their listings, and an app that lets agents and brokers host monthly cash-awards contests on their Facebook pages.

At its current sign-up rate of 350 agents per day, N-Play said it expects 300,000 agents will have signed up to use its directory by the end of March.

One likely reason for the rapid growth of N-Play’s directory is NAR’s 2012 decision to leave it up to MLSs to decide whether member brokers and agents can display information about for-sale listings represented by other, consenting members on social media sites.

Since NAR introduced the social media policy last year, N-Play said, more than 100 MLS nationwide, including eight of the 10 largest, have given their members the go-ahead to offer home search and display listings on social media platforms like Facebook. The company said 105 MLSs have signed up to offer N-Play’s Internet Data Exchange (IDX) listings search application. 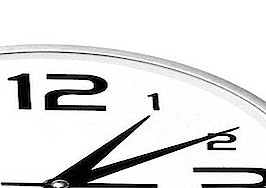 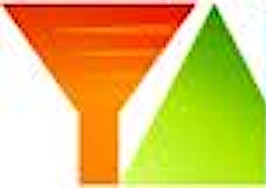 RESAAS to power Asian Real Estate Association of America's social network
Back to top
TOMORROW: Leaders from eXp, Corcoran, RE/MAX, The Agency, and more are speaking virtually at Connect Now. Listen or watch live + receive the replays.Register Now×
Agent Appreciation Sale: Inman Select for only $85.CLAIM OFFER×
Inmanpot
Log in
If you created your account with Google or Facebook
Don't have an account?
Create an Account
Forgot your password?
No Problem