Johnson earned her law degree in 2005 and spent nearly two years at Chicago law firm Gardiner Koch Weisberg & Wrona before coming to NAR as associate counsel in October 2007. She is currently completing a Master of Laws degree in information technology and privacy law at the John Marshall Law School in Chicago, a program for practicing attorneys. She grew up with both parents working as Realtors.

Johnson begins her new role today. Among the challenges she will face, one looms particularly large: litigation with NeighborCity.com operator American Home Realty Network. Two large multiple listing services filed copyright infringement suits against the real estate technology company in 2012; American Home Realty Network responded with counterclaims alleging antitrust on the part of the MLSs and, in one case, NAR. The cases are ongoing.

“I am excited and honored to be offered this opportunity,” Johnson said in a statement. “I am looking forward to my new leadership role as part of NAR’s stellar legal team, continuing our work on behalf of the association and its Realtor members.”

“After many years of outstanding service from our former General Counsel Laurie Janik, who retired last year, NAR took this search very seriously,” said CEO Dale Stinton in a statement.

“In the end, the search committee determined that Katie Johnson’s unique combination of experience, skill set and familiarity with the association and its members would serve the association well. And since Ms. Johnson assumes this position at nearly the same point in her career as did Ms. Janik, we look forward to Katie Johnson’s service for many years to come.”

Janik joined NAR as a law clerk straight out of law school in 1977 and became NAR’s general counsel in 1987. She retired Nov. 30 after 36 years at the association.

NAR initially offered the general counsel position to its associate general counsel, Ralph Holmen, but he turned it down shortly before Janik’s departure. Holmen will now report to Johnson.

“Katie has been a trusted and valued colleague of mine for nearly seven years now, and I am excited about the opportunity to continue to work with her in this new role,” Holmen said in a statement. “She has my full support.”

NAR’s vice president of board policy and programs, Cliff Niersbach, will also report to her.

“I’ve had the privilege of working with Katie Johnson since she joined the NAR staff, and from day one I’ve been impressed with her legal knowledge, her understanding of the real estate industry, her compassion and her common sense,” Niersbach said in a statement.

“The Realtor family is fortunate to have Katie stepping into the role Laurie Janik filled so ably for more than three decades.” 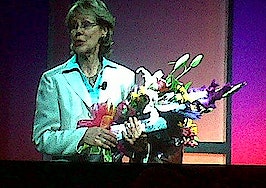 End of an era: NAR's legal champion to retire

Michigan's biggest MLS agrees to pay $3.25M to settle allegations it restrained competition
Back to top
Only 3 days left to register for Inman Connect Las Vegas before prices go up! Don't miss the premier event for real estate pros.Register Now ×
Limited Time Offer: Get 1 year of Inman Select for $199SUBSCRIBE×
Inmanpot
Log in
If you created your account with Google or Facebook
Don't have an account?
Create an Account
Forgot your password?
No Problem