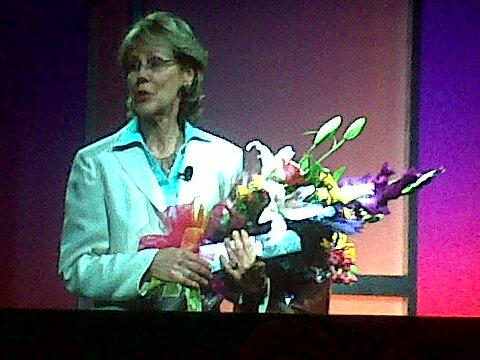 Laurie Janik, the National Association of Realtors’ chief legal champion, is generally considered a straight shooter: Ask her a question and you get the kind of clear, informed answer that has endeared her to many Realtors.

But inquire how many hours she works a week and she’s not so forthcoming.

“I’m not giving you that figure,” Janik said. “Ralph will quit before he starts. It’s an all-consuming job.”

At age 59, Janik has spent nearly two-thirds of her life — and nearly all of her career — working for NAR. She joined the association as a law clerk in 1977 and became its general counsel in 1987.

For many Realtors, she is the only NAR general counsel they have ever known.

Over her time at NAR, Janik has become “an industry icon, the ‘go-to’ person for all things legal in the organized real estate industry,” said NAR CEO Dale Stinton.

“During the 36 years we’ve been lucky to have her talents, Laurie’s contributions to the NAR family, and property owners in general, will live on for years to come,” Stinton said.

“No one has stood more for the fair and ethical treatment of all parties in the real estate transaction, and as a beacon of the professionalism that represents the best the Realtor organization has to offer.”

Now, after nearly four decades, Janik says she’s looking forward to doing things she was unable to do in her demanding position, including traveling extensively and spending time with her new grandson.

“I’ve been working since I was 14, so it’s time to do something else,” she said.

That first job was as a children’s ballet and tap dance teacher — Janik dreamed of being a ballerina. But she stopped dancing after her first year of law school.

There were “too many other things going on,” she said. She wrote articles for her school’s law review. She got married.

NAR hired her when she was in her early 20s. Since that time, she’s seen at least two notable changes in the industry, she said: Agency representation has shifted from a focus on the seller to serving both parties in a transaction. And real estate listings have moved to the Internet.

“When I started with NAR the cooperation in the industry involved listing brokers and cooperating brokers, which are considered sellers’ subagents,” Janik said.

For a long time, NAR defended subagency, but starting in the mid-1980s, Janik watched as the call for cooperating brokers to become buyer’s agents intensified. Ultimately, Janik helped craft recommendations for state laws defining agency relationships, and was instrumental in rewriting the Realtor code of ethics and continuing education courses to outline members’ fiduciary duty to buyers.

“I think that (the shift from subagency) has been a tremendous change for the better,” she said. “More consumer-friendly. I truly think it’s been a good thing for buyers and sellers of real estate.”

The display of listings online was also a huge benefit to consumers and a “game-changer” for the industry, at least partially because it helped Realtors serve consumers better, Janik said.

While consumers could self-select the listings they were interested in, Realtors “could help them interpret the information and apply their expertise.”

That development came with a new set of legal challenges, however. As more and more third-party aggregators offered combined sets of listings to consumers online, brokers felt the need to “keep pace” and decided to pool their listing data in what eventually became Internet Data Exchange (IDX), Janik said.

“IDX was an important development to empower brokers,” she said.

But a NAR rule requiring that MLSs permit brokers to selectively withhold property listings from companies that operate VOWs prompted the U.S. Department of Justice to file an antitrust suit against the trade group in 2005.

In 2008, NAR and the DOJ settled the suit, which threw out NAR’s VOW policy, but kept a rule that redefined who qualifies to be a broker member of an MLS.

While previously only possession of a broker’s license was required to be an MLS participant, the settlement required that a participant “actively endeavors” to list or sell properties. The new definition, which the DOJ initially objected to, was meant to keep “free-riders” who only wanted access to listing data from the MLS, Janik said.

“I thought (the settlement) turned out beautifully,” Janik said. “It was a compromise because we gave on one issue and they gave on the other. I think it’s helped keep MLSs strong.”

She considers the settlement one of the biggest accomplishments in her career at NAR. Some industry insiders agree.

“During the DOJ fiasco Laurie guided the organization through those waters as best as anyone possibly could,” said Russ Bergeron, CEO of Lisle, Ill.-based MLS Midwest Real Estate Data LLC (MRED), which serves the Greater Chicago area.

“I hate to think how much of her life she dedicated to just that one issue,” Bergeron said. “The result I think was probably the best it could have been under the circumstances.”

“This was an incredibly long and drawn-out inquiry spanning many organizations and many years of courtroom wrangling,” Bemis said.

“In the end, Laurie was able to guide NAR and its local boards and MLSs through the settlement requirements. But most importantly, at every national meeting where she appeared, she was able to deliver an update on VOW issues — and other topics du jour — and explain the legal problems to the collected leadership in language they could understand without all the legal mumbo-jumbo that lawyers often fall into.”

Bergeron agreed. “As a lawyer she possesses the amazing ability to explain a complex legal situation in language that even I can understand,” he said.

Both Bemis and Bergeron pointed to Janik’s handling of patent holder CIVIX-DDI LLC as a milestone moment in her career. In 2011, Janik negotiated a deal with CIVIX, a company that had filed patent infringement lawsuits against two of the nation’s largest MLSs (including MRED) and demanded licensing fees from others.

The CIVIX deal was an example of Janik’s dedication, Bergeron said. He also praised her willingness to listen and learn from MLS experts.

“She took the idea from (MLS group) COVE of a common group trying to settle this possibly very damaging lawsuit and turned it into a winning strategy to cover everyone in the business,” he said. “She did not hesitate to take action and achieved a great result quickly and professionally.”

NAR had never done anything like negotiating that license agreement before, Janik said. “That was a labor-intensive, industrywide solution to a problem.”

Other cases Janik considers major wins point to the impact she has had in defending practices central to the Realtor ecosystem: In 2004, NAR successfully defended the term “Realtor” from a challenge filed with the U.S. Patent and Trademark Office arguing the term was generic. NAR aggressively polices use of the Realtor trademark, and Janik said she considered that case “a significant victory for the association.”

She also pointed to a series of lawsuits challenging, on antitrust grounds, some local Realtor associations’ policy of requiring Realtor membership as a condition for MLS participation. Winning those cases meant that associations could limit their valuable services, including the MLS, to their members, Janik said.

“Now if an MLS chooses to open it up to nonmember brokers I support that, too. In fact, I personally believe that’s one way to recruit people into organized real estate,” she said. “But some associations don’t want to do that and they want to limit their services to their members only.”

When it comes to the challenges her successor will face, one issue looms larger than any other: litigation with NeighborCity.com operator American Home Realty Network. Two large MLSs filed copyright infringement suits against the real estate technology company last year; American Home Realty Network responded with counterclaims alleging antitrust on the part of the MLSs and, in one case, NAR. The cases are ongoing.

Bemis noted the NeighborCity cases will have an impact on future copyright protections for MLS data, and NAR will have to explain the eventual results to all of the local and state Realtor associations and their MLSs.

“I think the copyrightability of MLS listings is an important issue and that’s something I’m sure will carry over beyond my departure,” Janik said.

“NeighborCity is fighting this very hard and I believe their business model is at stake,” she added.

When asked if she’s glad to be handing the situation off to Holmen, Janik said, “No, I don’t run from a good fight. But it’s something I’m sure Ralph will handle very well.”

The contractual relationship between NAR and Realtor.com operator Move Inc. is another ongoing debate that will keep NAR’s legal team busy in the years to come, Bemis said.

“The NAR board just approved some pretty sweeping changes in that contract. If those are successful in reaching the goals NAR and Move want, then that could lay the groundwork for more modifications later,” he said.

If there’s one thing Janik wished she’d gotten done before retiring, it’s achieving ways to increase the professionalism of members, she said.

Earlier this year, NAR began experimenting in a half dozen markets with a program that surveys buyers and sellers that have completed a transaction and provides brokers with feedback on the performance of their agents.

The Realtor Excellence Program “gives brokers an opportunity then to see where their agents have weakness (and) strengths,” and subsequently tailor training and mentoring opportunities for each agent to help them improve their performance and boost consumer satisfaction with Realtors’ services, Janik said.

“I see it as a way to reduce liability because happy buyers don’t bring lawsuits,” she said.

Whatever work Janik leaves undone, what she’ll miss most are the people, she said.

“I’ll miss the members. I’ll miss the association execs at the state and local level, and I’ll miss all my co-workers here at NAR,” she said.

NorthstarMLS antitrust claims from NeighborCity
Back to top
Only 3 days left to register for Inman Connect Las Vegas before prices go up! Don't miss the premier event for real estate pros.Register Now ×
Limited Time Offer: Get 1 year of Inman Select for $199SUBSCRIBE×
Inmanpot
Log in
If you created your account with Google or Facebook
Don't have an account?
Create an Account
Forgot your password?
No Problem