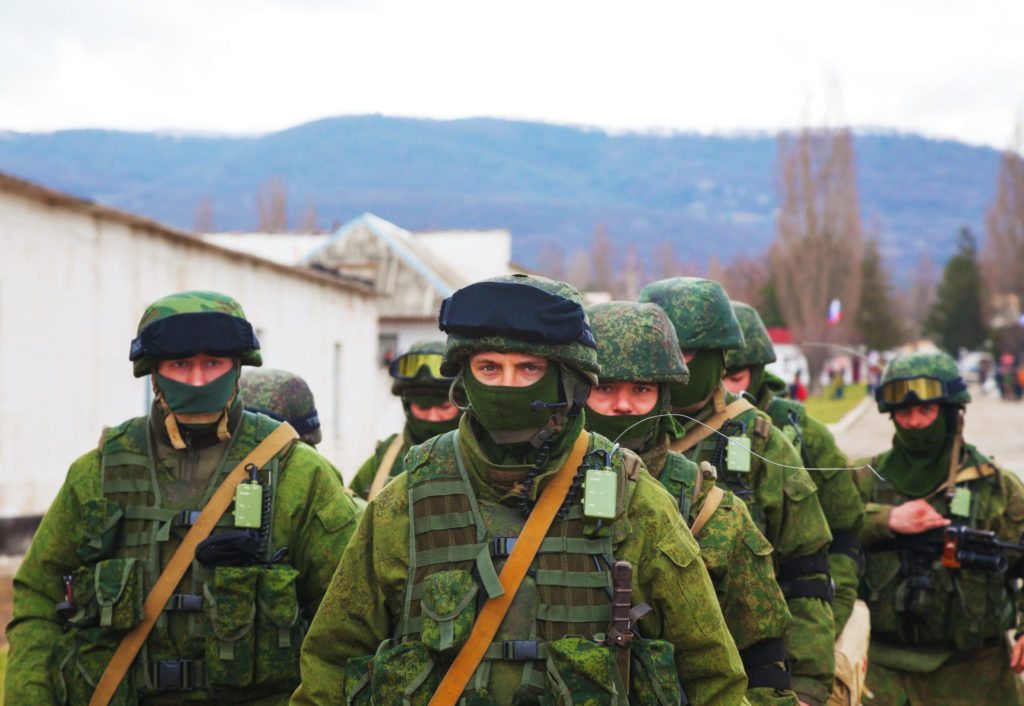 The action has been overseas this week, with little new economic data, all forces — anxiety, mostly — pushing long-term rates lower.

Domestic information was on the weak side of hopes. Orders for durable goods, net of volatile items crept up 0.2 percent in February. Pending sales of homes continued to slide, now down 10.5 percent year over year, purchase loan applications down about 16 percent from a year ago.

Overseas, China’s manufacturing PMI continued its drop in negative territory, 48.1 in March from 48.5. Weather gets the blame for everything here, but not there. The European Central Bank, in a grand mixture of blessings, leaked intentions to do more to stimulate Europe’s economy, a simultaneous confession of the absence of recovery.

Dominating everything: Tsar Vladimir’s intentions. When the world is worried, it buys U.S. Treasurys. It is difficult to explain higher bond prices and lower rates here except as safe-haven buying. There are unusually few safe places to go today, Europe and Japan unattractive, China’s yuan not yet a true international currency.

The more Russia sours, the more money comes here. So this is not a U.S. scare story. Today an exploration of the center of the Russian issues and possibilities for readers not used to them, or too young to remember the last times around.

To begin, Russia is perpetually aggrieved, feeling oppressed by outsiders. In its westernmost advance, defeating Napoleon, it occupied Paris 200 years ago this weekend.

Tsarist rot overtook Russia for the next hundred years. It lost its western provinces in 1919 at Versailles. From 1945-1989 it pushed west once more, in Mr. Churchill’s phrase: “An iron curtain from Stettin in the Baltic to Trieste in the Adriatic.”

When in 1989 the Soviet Union again collapsed of its internal rot, Bush the Elder did exactly the right thing. Nothing. No pursuit, no land-grabbing, nothing to engender a violent response from a cornered Russia.

NATO has expanded, but France and Germany wisely denied membership to Belarus, Ukraine, Moldova and Georgia for three reasons: not to humiliate Russia; second, so that buffer states would separate NATO and Russia from direct borders; and third, because these unfortunate provinces can’t be defended by force by NATO. Since the last Ice Age, living on flat ground anywhere in Europe has been ill-advised.

Putin in 2005: “The demise of the Soviet Union was the greatest geopolitical catastrophe of the century.”

Acting now as though he means to rectify the matter brings a shiver to all of Europe. Putin is no Hitler or Stalin, but Mussolini would do.

Politicians including tyrants are given to overstatement. Maybe that’s all there is to this. But Europe has taken a collective vow, after the experience of the last century, never again shall we redraw borders with armies.

Putin is emboldened by the power of Russia’s fossil fuel reserves and weakness in the West. However, if he intends to stop with Crimea and low-level undermining of Ukraine, then this is all a minor adventure. Sad and troublesome, but no big deal.

Even a rapid military grab for Ukraine would not trigger NATO military action. More serious sanctions to be sure, Europe making both the sacrifice and the decisions resulting in a slower global economy — but still possibly a benefit here in the U.S..

But study the maps. If Putin absorbs the western buffer states, Belarus already in his orbit, then Russia will directly border NATO.

Between the Baltic states and Poland lies the Russian Kalinin Military District, a major base and home port of the Russian Baltic Fleet retained in the 1989 collapse. The three Baltic states each have a large population of ethnic Russians.

If Russia again borders those states, they and Poland at least must re-arm, and each may call on NATO for mutual self-defense.

The process of demilitarizing Europe was long and bloody, but so thoroughly done that Europe unaided could not pacify Serbia or defeat Libya. Europe’s economy is no help.

Domino theories have gotten deservedly bad names. But in this situation there is only one domino separating Russia and NATO. That is a big deal. 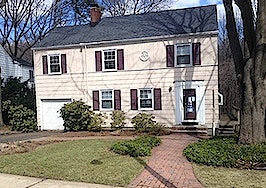 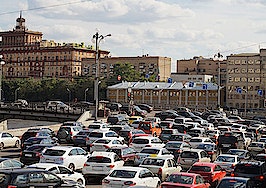 Legitimacy of sales may nip Crimean real estate boom in the bud
Back to top
Only 3 days left to register for Inman Connect Las Vegas before prices go up! Don't miss the premier event for real estate pros.Register Now ×
Limited Time Offer: Get 1 year of Inman Select for $199SUBSCRIBE×
Inmanpot
Log in
If you created your account with Google or Facebook
Don't have an account?
Create an Account
Forgot your password?
No Problem