Sales of new single-family houses increased in April while total inventory rose to its highest level in nearly three and a half years, offering more hope that the housing market has shaken off a recent slump, the U.S. Census Bureau and Department of Housing and Urban Development reported today.

New-home sales climbed 6.4 percent in April to a seasonally adjusted annual rate of 433,000 above a revised March rate of 407,000, but were still down 4.2 percent year over year, according to the Census Bureau.

As new-home sales picked up in April, the amount of time it would take for new homes to sell out dropped to 5.3 months from 5.6 months in March.

But the total number of new homes for sale in April inched up to 190,000 from 189,000. That’s the highest level of new-home supply since November 2010, according to Census Bureau data. But both new-home supply and sales still remain far below historical norms. 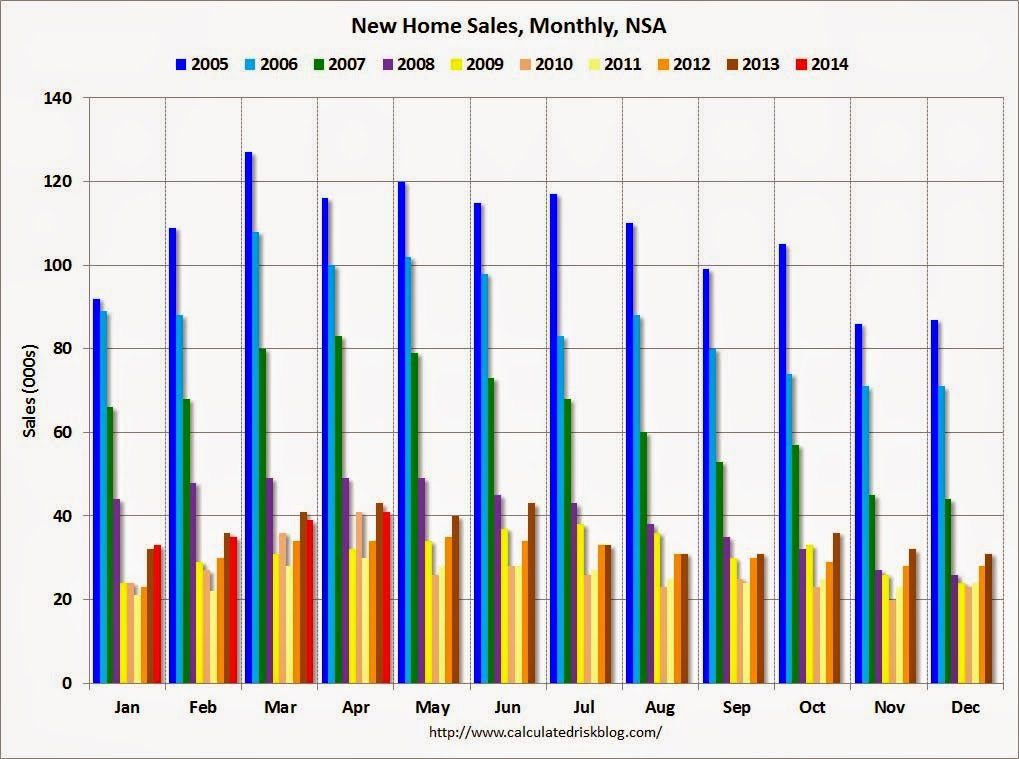 The high for inventory in April was 116,000 in 2005, Calculated Risk notes. And according to research firm Capital Economics, the average annualized rate of new-home sales in 2004 and 2005 was 1.24 million.

The report follows news that sales of existing homes increased for the first time this year in April, amid a surge in listings that could give what’s left of the spring buying season a badly needed boost.