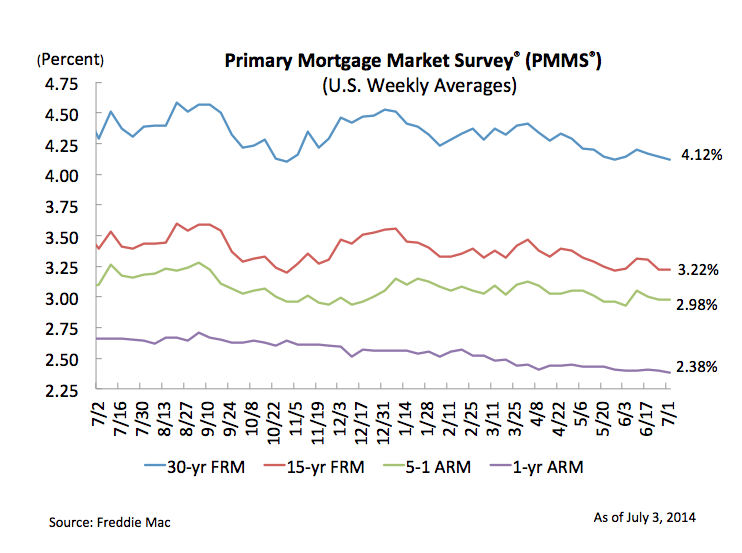 For the second straight week, homebuyers enjoyed rates on 30-year fixed-rate mortgages that were lower than they were at the same time last year, Freddie Mac reported.

Rates on 30-year fixed-rate mortgages averaged 4.12 percent with an average point of 0.5 for the week ending July 3, down from 4.14 percent last week and 4.29 percent a year ago, according to Freddie Mac’s latest Primary Mortgage Market Survey.

Frank Nothaft, vice president and chief economist at Freddie Mac, said the rock-bottom rates should help with home affordability in many markets.

“Housing data was better with pending home sales up 6.1 percent in May and overall construction spending showing a slight improvement with private residential spending now up 7.5 percent on a yearly basis,” Nothaft said in a statement. 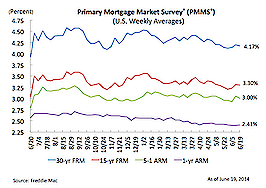 Pending home sales surge on growing inventory, lower mortgage rates
Back to top
Only 3 days left to register for Inman Connect Las Vegas before prices go up! Don't miss the premier event for real estate pros.Register Now ×
Limited Time Offer: Get 1 year of Inman Select for $199SUBSCRIBE×
Inmanpot
Log in
If you created your account with Google or Facebook
Don't have an account?
Create an Account
Forgot your password?
No Problem