Alain Pinel Realtors, the fifth-largest brokerage in the U.S., has brought on cloud-based digital transaction management platform SkySlope to help its 1,400 agents to complete their deals without paper.

SkySlope’s technology allows agents and their clients to complete transactions without paper, including the ability to sign documents digitally and create task lists. SkySlope software also allows brokerages to monitor their agents’ deals to ensure they’re compliant with their processes.

Asked about the firm’s low profile, SkySlope CEO Tyler Smith said the company has been focused on big brokers, and considers dotloop and DocuSign its only real competitors. The 56-employee firm currently works with more than 1,000 brokerages in 49 states, Smith said.

Alain Pinel Realtors chose to go with SkySlope as its digital transaction management solution because of its “real estate intuitive” design for agents, staff and managers, the 24-hour-a-day, seven-day-a-week support, the firm’s iPhone and iPad mobile apps and the tool’s ability to capture both email and text communication in its platform, said Rainy Hake, executive vice president of Alain Pinel Realtors.

Smith says he built what became SkySlope for himself when he was a top-producing agent working out of Sacramento. It was known as “Smith Premier Portal” then. Other agents learned of it and wanted to use it and that demand eventually compelled him to build SkySlope, Smith said.

Digital transaction management requires three services, Smith said: digital signature, document storage and forms management. SkySlope provides the first two in all the markets it provides services in, and the third where firms have access to forms. In places like California, where form-filling technology zipForm has an exclusive license, SkySlope makes it easy for firms to pull completed forms into its system, Smith said.

Plenty of transaction management platforms are active in real estate including DocuSign’s new platform (adapted from its 2013 acquisition of Cartavi) and dotloop.

One of the features that makes SkySlope unique is its compliance component, said SkySlope’s marketing manager, Jessica Goode. It allows brokerages to track their agents’ text messages and email communication with their clients to help drive quality control and transparency in the deals moving through a firm’s pipeline, she said.

Paperless is great, but let's face it: Brokers get more out of it than their clients 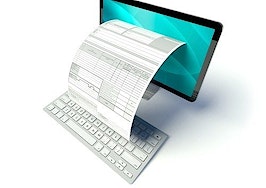 Better Homes and Gardens Real Estate Rand Realty signs with Dotloop
Back to top
Keep up-to-date on tools and tactics to impress your clients and outshine your competition with the 2022 virtual bundle.Register Now×
Agent Appreciation Sale: Inman Select for only $85.CLAIM OFFER×
Inmanpot
Log in
If you created your account with Google or Facebook
Don't have an account?
Create an Account
Forgot your password?
No Problem