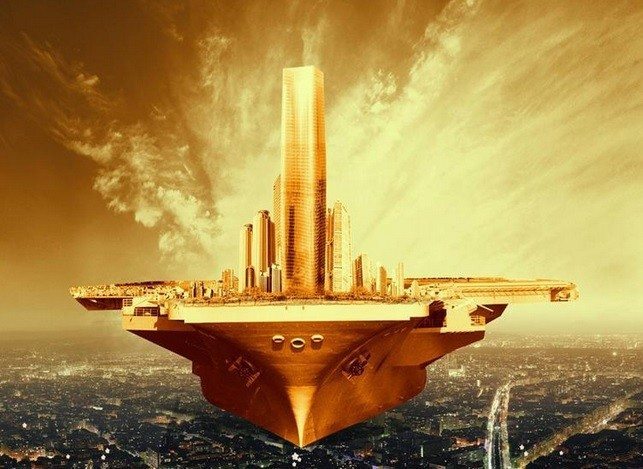 A new fad among Chinese marketers — pairing images of aircraft carriers with whatever they’re hawking, be it office furniture, heavy industrial equipment, or apartment buildings and other real estate — is no cause for alarm, says Foreign Policy magazine.

“Images of aircraft carriers bearing shopping malls and apartment high-rises are nothing more than local developers pulling out all the stops in a hypercompetitive market,” Warner Brown writes on the Foreign Policy blog, Tea Leaf Nation.

Part of the appeal of what Brown calls the house-carrier meme is that Chinese are proud of their country’s growing role as a player in global power politics.

But it’s also the symbolism and status of aircraft carriers as “enormous, complex machines — the result of hundreds of moving parts, interlocking systems, and human crews working in unison to produce one of the most powerful forces in existence,”  Brown says. “Firms here naturally seek to associate themselves with this comprehensive, world-leading workmanship and coordination.”