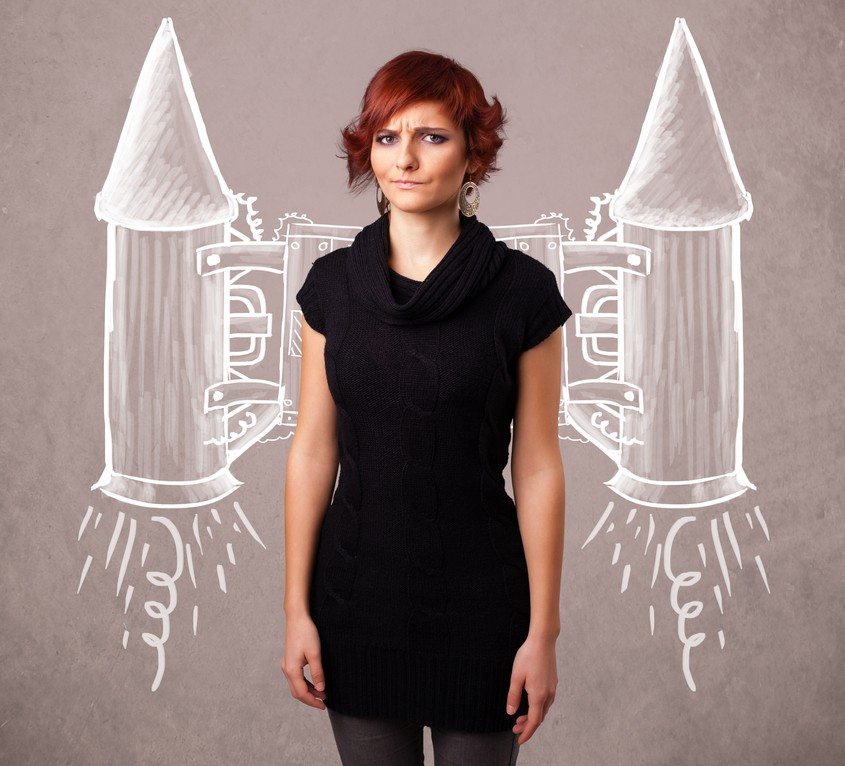 An agent ratings pilot program backed by the National Association of Realtors has ended without being renewed after reportedly low adoption rates by agents and lack of support for the program at the national level.

Agents and brokers who sign up to use QSC’s service agree to have every client with a closed deal sent a feedback survey, via email or U.S. Postal Service, asking questions such as “Did your sales associate contact you after closing?” and “How satisfied were you with the assistance your sales associate provided in negotiating the price/terms of sale?”

Only clients verified by agents and brokers as clients may provide feedback. Real estate pros can choose whether to display the customer satisfaction ratings, statistics and comments generated from the surveys on QSC’s recently revamped public-facing website, RatedAgent.com.

QSC also offers marketing widgets that agents can put on their websites displaying the agent’s customer satisfaction rating and providing a link to their full ratedagent.com profile.

“It’s scary for agents. I think the biggest problem — especially with those naysayers — is when they think of agent ratings, they think ‘Random people are going to be able to trash me’ ” — which is true with almost every other service, said Kevin Romito, QSC’s president and chief operating officer.

The big three listing portals — Zillow, Trulia and realtor.com — have all beefed up agent profile pages in recent months to give consumers more tools for finding and evaluating agents.

Not allowing agents to manipulate the data is critical to QSC’s credibility as a third-party verification service, according to Romito. 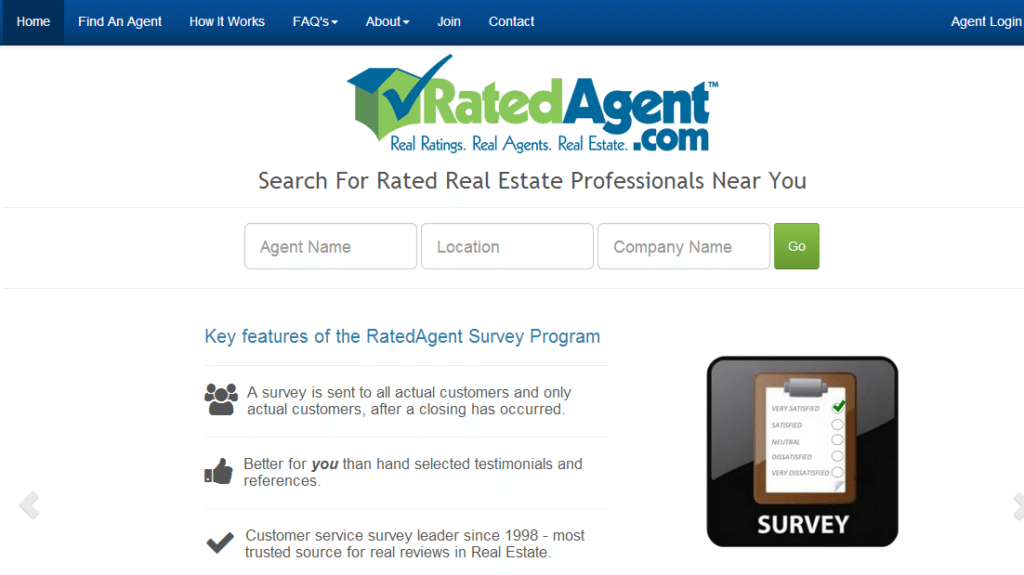 The pilot ended in March. It was not renewed because CSRE — whose funds come from its members and not all Realtors — decided it was not appropriate to keep paying for it, said Ralph Holmen, NAR’s associate general counsel.

“We were hoping for a plan from QSC to make the program self-sustaining over the long term and there wasn’t one,” he said.

Romito disagreed. “There certainly was a plan. There was no one to submit it to. No one was willing to pick up the flag and be the sponsor of the program” after Laurie Janik, NAR’s former general counsel, retired at the end of November 2013, Romito said.

Holmen acknowledged Janik was a supporter of the program, which she saw as a way to help raise professionalism in the industry, but said he’d “rather not comment on the internal dynamics of what was happening here.”

Romito said he thought agents’ vocal objections to realtor.com’s AgentMatch experiment, which shut down in December, likely were also a factor in NAR’s decision not to renew the pilot.

After AgentMatch, “I could kind of understand why nobody wanted to be involved in a project like that,” Romito said.

But Holmen said the two were “completely unconnected.”

“The program really wasn’t about agent ratings at all,” he said. Rather, NAR’s focus was to provide brokers with consumer feedback that they could then use to provide their agents with additional training and help them be better performers, he said.

“The ratings was completely collateral. We probably would have done the pilot even had it not had the ratings feature,” Holmen said.

The Pennsylvania Association of Realtors recently devised a “report card” for 10 sites that offer agent ratings, scoring them based largely on how friendly they are to agents. RatedAgent.com, Zillow and RealSatisfied got top marks.

Romito declined to provide adoption rates for associations or MLSs participating in the pilot program.

“Not that it’s terrible. But in this industry it’s always going to sound terrible because you’re never going to get a 50 percent adoption, not that I know of,” he said.

“There are a lot of people out there that just hate agent ratings and will glom onto anything. Even if we said 50 percent adoption rate, they would glom onto that and say, ‘Look, only half of them.’ ”

In September 2013, the Downers Grove, Illinois-based Mainstreet Organization of Realtors (MORe) told the Chicago Tribune that only about 1 in 5 of its 14,500 members were participating in the pilot program.

Don Faught, then-president of the California Association of Realtors told the Tribune that the 155,000-member group is “a big proponent” of the ratings program, but that there “hasn’t been a whole lot of acceptance” among members.

That was still true at the end of the pilot earlier this year, according to current CAR President Kevin Brown.

“It was unfortunate there wasn’t enough adoption as we tried to get a jump start on consumer trends and demands. We actually tried an earlier pilot [with QSC] in 2006, which was well before its time and did not reap large adoption at the time either,” he said.

CAR rolled out a QSC pilot in partnership with Silicon Valley-based multiple listing service MLSListings Inc. in 2011 and had near 100 percent participation from all of the brokers within that region, Brown said. But most allowed their agents to join and use the ratings voluntarily, he said. That pilot was later rolled into NAR’s Realtor Excellence Program and expanded to brokerages statewide without much adoption, according to CAR.

“Unfortunately, the pilot program was a bit before its time and did not reach critical mass,” Brown said.

“Adoption may have been low because agents weren’t used to being rated,” he added.

Consequently, CAR decided it could not justify the cost of subsidizing the program once the NAR pilot ended. But that doesn’t mean the trade group — a leader in efforts to boost Realtor professionalism — won’t try again.

“Given the marketplace over time, we have seen the proliferation in use and adoption of agent ratings via sites such as Yelp, Zillow, Trulia, etc.” Brown said.

“We continue to be dedicated to the cause and would definitely consider offering this service again as more consumers look for ratings, expect ratings and eliminate potential agents based on lack of ratings. We believe a tipping point is imminent.”

My Florida Regional MLS, the largest MLS in Florida with more than 36,000 members, also found that agents did not flock to the program in enough numbers to justify a subsidy beyond the pilot.

“We did heavy marketing to all brokers, ending up with approximately 400 agents represented from those brokers that signed up — just a little over 1 percent” of members, said MFRMLS CEO Merri Jo Cowen. This is partially because the MLS joined the pilot several months in and was unable to find a significant number of brokerages willing to test, she said.

But the MLS also found that many of its members were simply not on board with agent ratings in general.

“They just want everything to be fair, not make it easy for unreasonable/irrational/inflammatory comments to impact their reputation,” Cowen said. “Some are new agents that want to build their business first before embracing ratings. Others just flat out don’t want anyone commenting.”

“Those that are in favor have found other options, and many of those have had huge success with having their ratings posted; those that are not ready choose to do nothing until they are ready. There is no right or wrong answer — it’s a business decision that they each have to make.”

QSC, which Cowen said was “an excellent product,” does address those fairness concerns and is flexible enough to meet the needs of agents with varying levels of experience, she said — but the concept of ratings has  just not been widely accepted by the majority of agents yet, she said.

“The end result for us was accepting that a majority of our subscribers are not ready to embrace a formal system for ratings, and many brokers preferred to use their own systems or methods,” she said. 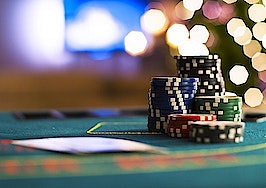